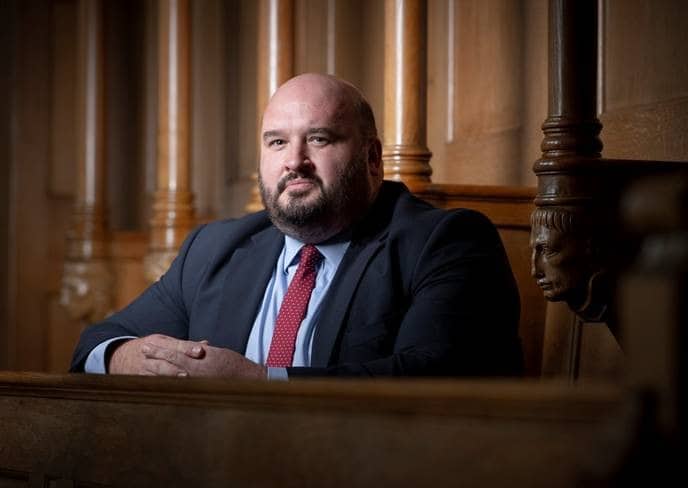 Being passively invested shouldn’t mean being passive with regard to responsibilities says the Church of England Pension Board which has developed a new climate transition index with FTSE Russell, LSE and TPI that is the first to incorporate forward-looking climate data.

We cannot claim we have not been warned of the need to act. In the UK there have been repeated warnings from the Governor of the Bank of England, and now UN Climate Envoy, Governor Mark Carney, challenging investors to address the risk posed by climate in their investments. At the turn of the year the Governor went further and challenged beneficiaries to ask their pension funds what they are doing to address climate risk. He also questioned the underlying market that is akin to supporting a world with 3.8 degrees of warming.

The Governor’s challenge to the pension industry was further reinforced by Justin Welby, the Archbishop of Canterbury, who stated there was a moral and financial imperative to address the climate emergency. He urged all market participants to use available tools to support the goals of the Paris Climate Agreement, and noting that were they to do, they literally could change the weather. Commenting on the need for collective action Archbishop Welby said “It is possible to act, to take leadership and in doing so challenge a market that is currently aligned to a world of 3.8 degrees of warming.”

One of the barriers to date has been how to bring passive investing into play in support of the goals of the Paris Climate Agreement while meeting our responsibility to deliver returns for our beneficiaries. Starting from the belief that being passively invested shouldn’t mean being passive in our responsibilities, over the past 18 months the Church of England Pensions Board has been working in collaboration with FTSE Russell, the London School of Economics Grantham Research Institute and the Transition Pathway Initiative (TPI) to develop a new climate transition index.

The FTSE TPI Climate Transition Index is the first index of its kind. Its methodology includes tilts and rules that are simply articulated and transparently linked to the Paris Climate Agreement. The index we believe is the first to embed forward looking climate data into the way in which companies are assessed. Key to the operation of the index is that companies with public targets aligned to the more ambitious end of the Paris Agreement (below 2 degrees / net zero goals) have a higher weighting in the new index and indeed can be double weighted. This is in contrast to companies that refuse to disclose information, or with poor records and less ambitious targets that result in much lower weightings or are simply excluded from the index.

Not only are funds that track the index going to be “cleaner” than the relevant market capitalisation based benchmark, but the way the index is constructed complements and provides clear stewardship messages on climate change – businesses that align their current and future carbon paths to the Paris agreement are rewarded while those that don’t are significantly underweighted or simply don’t make the new world of transitioning companies.

The reason the Pensions Board has been able to do this is that three years ago, together with the Environment Agency Pension Fund and the other National Investing Bodies, we launched the Transition Pathway Initiative (TPI), to provide a public database housed at the London School of Economics’ Grantham Institute, that assesses companies on their climate “management quality” and “carbon performance”.

TPI was deliberately designed as an independent, academically robust and non-commercial tool for asset owners that cuts through the mass of information that exists. Three years later the tool has enabled us to not disinvest from carbon intensive sectors but differentiate between which companies are transitioning in line with the Paris agreement and those that are not. TPI is rapidly growing in funds actively supporting it and at time of writing has 64 funds controlling more than $19 trillion in assets.

The Church of England Pensions Board continues to co-chair TPI with the EAPF and working with FTSE Russell (both TPI’s data provider and also index provider), we have sought ways to integrate TPI’s insights into the way we invest. We currently vote against chairs of companies that score poorly in TPI’s assessments and monitor the average TPI scores of each of our asset managers’ portfolios. TPI also provides the assessment framework of company public disclosures for the global climate engagement initiative Climate Action 100+ (CA100+). But the challenge and opportunity of passive investing was to create a methodology that integrates TPI’s insights in a systematic way, and provides extra ‘carrot’ and ‘stick’ that can enhance our engagement and also that of CA100+.

The real-world consequence of this index is stark – in a high carbon sector like oil and gas, Exxon and Chevron are not included, but a company such as Shell is included in the index as it has led its peers by setting targets covering all its emissions. While these targets are not yet ambitious enough, and we continue to engage robustly as CA100+ leads with the company, we believe Shell is clearly putting in place a strategy to fundamentally change its business. Nonetheless, Shell will continue to have a reduced weighting until such time that it is assessed by TPI as sufficiently ambitious. Our expectation is that it will achieve this. In other sectors such as electric utilities the index rewards those companies such as Spanish renewables energy giant Iberdrola while removing the transition risk to our funds of being invested in coal-fired power companies that have no plans to transition.

Importantly, the exclusion of companies does not represent disinvestment but differentiation within key energy intensive sectors and therefore a sensible recognition that there is a path for an oil and gas company, steel company, cement company to transition if they set independently verified targets aligned to the Paris agreement.

Our full £600 million ($780 million) allocation that was invested in an index that in effect tracked a 3.8 degree world is now being reallocated to the new index. Adopting this index for our passive allocation means we will now have a 49.1-per-cent lower carbon intensity than the benchmark as well as being invested in companies generating significantly increased green revenue.

The design of the index has been hailed by many including the Bank of England and the UK’s own UN Climate Envoy as industry leading and we hope will pave the way for other investors to join the Pension Board in this approach.

We all need to work towards a net zero world and as investors we can use our financial muscle to actively incentivise companies to transition while creating real world consequences for those that do not at the same time as protecting the interests of those we serve, our beneficiaries. This is part of our answer to Governor Carney when he asks what are we doing and we invite any other pension funds that are passively invested to speak with us or FTSE about this approach. We know we cannot do this by ourselves, but together we can change the weather.

Adam Matthews is co-chair, Transition Pathway Initiative (TPI), and director of ethics and engagement at the Church of England Pensions Board