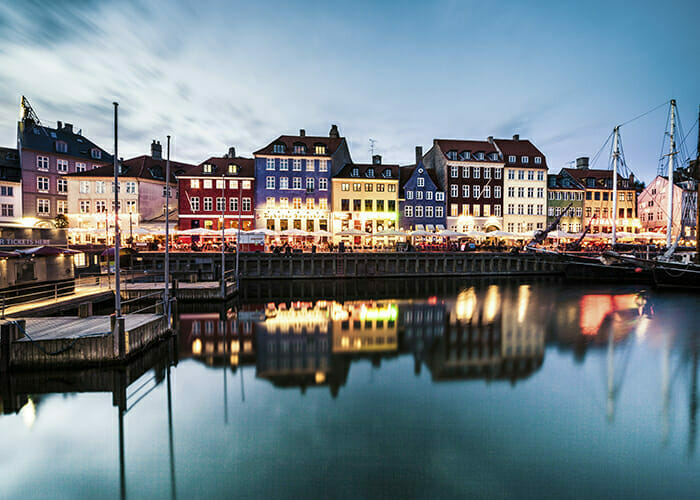 A year and a half ago, Denmark’s DKK 114 billion ($17.4 billion) MP Pension, the scheme for the country’s academics in universities and secondary schools, decided to allocate 5 per cent of assets under management to climate-related investments. Since then, the pension fund has crafted a careful, diversified strategy in which the risk in the new portfolio is kept in line with the broader risk in the fund.
Half the new portfolio will be invested in bonds and listed equity and half will go into illiquid assets such as clean energy infrastructure. The fund has just made its first investment in a Danish climate-focused infrastructure fund. Other early-stage investments include an allocation to emerging-market green bonds with Amundi, and two new mandates with listed equity managers focusing on companies developing green technology.
The challenge in the crowded green tech space is today’s rich valuations, MP Pension CIO Anders Schelde says.
“High valuations in these kinds of technologies are a concern in the short- to medium-term, but it will play out over decades,” Schelde says. “In the mid-’90s, no one knew the winners of the tech revolution. It is a question of following and learning.”
He joined the fund a year ago from Denmark’s Nordea Life and Pension, where he was CIO for nine years and oversaw a DKK165 billion ($25 billion) portfolio comparable to MP Pension’s 50:50 split between bonds and equity. MP Pension’s vibrant member-owned organisation and stakeholder relationships have brought a new element to the CIO role that Schelde finds particularly fulfilling. It is also driving what he calls the fund’s “revolutionary” climate strategy.
The pension fund embarked on a carbon-divestment program after members at the 2016 AGM requested investment strategy comply with the Paris Agreement to limit global temperature increases to well below 2 degrees.
The program involves MP Pension committing to sell all its shares in fossil-fuel companies and excluding more than 1000 companies from its investment universe. Companies operating in the coal and tar sands industries will be sold this year; oil shares will be sold by the end of 2020 in a divestment program that will free up more than DKK1 billion ($150 million) to invest elsewhere. Fossil fuel companies can re-enter the portfolio if they convert their production and business model into one that is more climate-friendly, Schelde says.
“Our analysis doesn’t see major oil producers or upstream companies performing relative to the rest of the market, so from an investment perspective, it makes sense to divest,” he explains. “We have worried that if we are not owners we lose our influence but it is possible to be a responsible investor without being an owner, applying more change from the outside.”
Indeed, MP Pension has a growing reputation for a vocal presence and sharpened profile in Denmark’s ESG space. This is visible in Schelde’s lobbying for more gender diversity on corporate boards, which was influential in convincing shipping giant Maersk to change course and appoint the first female chief financial officer in its 114-year history earlier this year. “Whenever we have the chance, we speak up,” Schelde says.
In another development, the fund is also working on a quant-based sustainable product inhouse. It already runs two global quant portfolios internally and is now adapting this strategy and product to integrate sustainability themes from ESG data.
“It involves a lot of number crunching and it is early days,” Schelde says. “It is also broader than just climate, since the theme is sustainability.”

Evolution not revolution
Schelde plans to increase MP Pension’s exposure to unlisted assets in the next three years. The fund’s existing 19 per cent exposure to illiquids is spread across a diverse portfolio of triple-A structured products, direct lending, infrastructure and private equity. The boosted allocation to about 29 per cent of assets, added in increments over the next three to four years, will focus particularly on private equity and infrastructure, he explains.
The fund will invest as a limited partner with managers but Schelde is also looking for co-investment opportunities, which he says MP Pension has “done for a while and would like to do more of”.
He would also like to do more direct deals but only in club structures alongside other investors. The new allocation will not be made via funds of funds. Although MP Pension already has some fund-of-fund exposure, Schelde doesn’t want to increase it.
“In fund of funds you buy expertise…and we cannot spare this cost,” he says.
MP Pension’s manager cohort comprises mostly established relationships, although new managers are added “from time to time”.
In a “conservative approach”, he tends to avoid managers raising their first fund, prefers buyout funds to venture, and exposure to Europe and the US over emerging markets. The fund has about 25 managers in listed assets. The internally managed allocations comprise Danish government and mortgage bonds, Danish equities and the two global quant portfolios.
MP Pension doesn’t have a targeted rate of return because guarantees in the portfolio on the liability side are contingent on the interest-rate level in markets.
“We don’t need to meet a specific return to stay solvent,” Schelde says. “We are unconstrained and can invest as we like; our targeted rate of return is our expected return.” The fund has returned 9.6 per cent, on average, over the last nine years.”
Schelde is also planning to reduce the fund’s equity exposure. MP Pension has 47 per cent of its portfolio benchmarked against equity indices and 53 per cent benchmarked against various bond indices; Schelde plans to lower the share of the portfolio that is mapped against the equity benchmark to 44 per cent. But he is also weighing up a counter strategy that would use derivatives and not change the cash allocation.
“We may just short derivatives on top of the portfolio to get the right risk exposure and keep the mandates in cash equity,” he says.

A decision on whether to use derivatives isn’t imminent, however, and is more likely to come next year.
“It will be quite a while before we do this,” Schelde says.