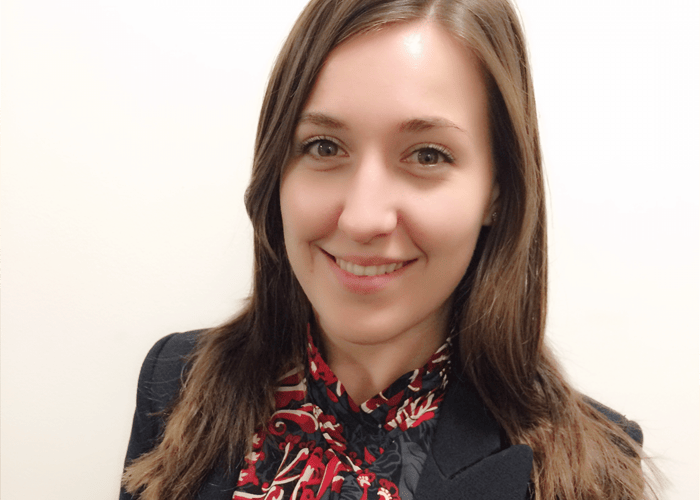 The £1.3 billion ($1.73 billion) Accenture Retirement Savings Plan recently made 24-year-old Anna Darnley a trustee, in a deliberate move to increase gender and age diversity. Darnley is the youngest trustee on the eight-member board, which is split equally between men and women.

Accenture’s defined-contribution scheme for employees of the management consultancy was set up in 1998 and is predominantly invested passively with Legal & General Investment Management. It has 9000 active members and 15,000 deferred members. The scheme’s success with diversity is heartening, since the issue remains such a challenge for many pension boards. Figures from the UK’s Pensions and Lifetime Savings Association found 4-in-5 trustees are still men, and in the Netherlands, a 2014 survey found 35 per cent of boards had no female trustees, and 60 per cent of the schemes lacked trustees under 40.

Darnley works in Accenture’s digital business and had no financial experience when she took up the board position. She joined Accenture in 2015, having graduated from the School of Oriental and African Studies at the University of London; she speaks six languages and is learning another two. She also has her own YouTube channel with nearly 10,000 subscribers.

She and Peter George, chair at the fund for the past five years, spoke to conexust1f.flywheelstaging.com about why board diversity is important and the difference it is already making. George is managing director of operations at Accenture and is tasked with growing the UKI business.

Top1000funds.com: Peter, could you detail the process building up to Anna joining Accenture as a trustee?

We were coming up on elections, and the process for election of member-nominated trustees has changed in the last couple of years. In many businesses, people used to nominate themselves as a trustee, and then were elected by peers. New regulation allows either election or selection of trustees.

We had an opportunity to look at the balance of our board and Accenture is very attuned to, and supportive of, a diverse workforce. I thought this would be a good opportunity to go down the selection road, and use it as a chance to deliberately increase the diversity of our board, both from a gender and age point of view. If you look at the membership of our scheme, there are a huge number of people in the 20-38 age bracket who are not represented on the board.

We had 40 people apply for the role, which is unprecedented, and we whittled it down to 10. The first [task for candidates was] to convince us they would be a good trustee. We then looked at the gender and age balance.

I attended a trustee dinner the other evening where I explained the make-up of our board and how we got there, and Accenture was heavily complimented by a lot of other trustee chairs. It goes back to this principle of selection or election. If there is an election, there is no way of changing the board make-up. Some people prefer an election because they believe selection is too engineered, as opposed to election, which is more raw. But trustees exist to ensure robust decision-making, and control over very large sums of money. I believe the effectiveness of the board has increased significantly as a result of our selection process.

How do you see the role of trustees at Accenture?

I tell our trustees they are not on the board in the capacity of their job at Accenture. They are here in their capacity as an individual, representing the interests of the members of this scheme.

Anna, what do you want to bring to the role?

There is such an absence of financial education, yet my generation are big savers. We are the age bracket that saves most, yet many people don’t know what to do with this money; they are making poor investment decisions and consequently not providing for themselves in an efficient way. I want to change Accenture’s communication strategy to improve engagement with our younger members. I want to shift away from top-down lecturing that says you need to save, towards more engagement that says let’s teach you how to save, and let this be a dialogue. So for me, it’s about giving back control and empowering, kick-starting a wider conversation about how pensions and lifetime savings are discussed. I want to find more ways to engage on this topic with people for whom retirement is a long way off.

Anna, what were your preconceptions about becoming a trustee, and how do they compare with the reality?

I was expecting that it would be a closed door. I thought the fact that I didn’t come from a financial services background, and that I lacked financial knowledge prior to joining the board, would be detrimental to my application. But the experience I’ve had has been the polar opposite. The board has been incredibly welcoming and supportive; I’ve felt free to ask any questions – and there have been many! I have also been given lots of training to get up to the standard needed.

I found a total open door. As a firm, we want to promote diversity. From the CEO downwards, it was an open door to do what we did and we felt no pressure to do otherwise. They are delighted by what we have achieved.

Peter, what are you hoping Anna will bring to the role?

We have graduates join us every year and the furthest thing from their mind is retirement and retirement income. Having someone they could relate to was a priority. I also wanted someone who would add value in terms of our communications and address the issues our younger members want to talk about.

Have you started working in this area already, Anna? What are the time commitments of the role?

I am trying to push a new communications strategy and it is a fair bit of work. But it is also a personal endeavour that I am very passionate about. I have been given an opportunity to put something together and put it to the board. I’ve probably put more time into it than it would have required because I am getting so into it. We have quarterly meetings and more regular sub-committee meetings.

Are you already seeing changes from the increased diversity on your board?

Peter: I am already seeing changes in sheer engagement. I believe the selection process we did ensures people really want to do it. Fifteen years ago, many trustees just turned up and the lawyers did all the work. But under the regulator today, being a trustee is an incredibly responsible job, and for me it’s important to have people capable of making the right decisions and asking the right questions. For this, trustees need to feel they are in the right environment and if we had seven male trustees all over 55, and just one female, it could be intimidating for a younger woman. This way we’ve freed up the environment; all our trustees feel valued and part of the team.

Before, two or three people spoke at meetings. Now everyone speaks. Trustee boards are moving to a different level in terms of the seriousness and responsibility of the role, and a diverse board is a component of that responsibility.

Anna: Diversity is a strong foundation for good governance. I am thrilled to have an opportunity to be part of the board and we are leading by example – showing that diversity can improve member outcomes.