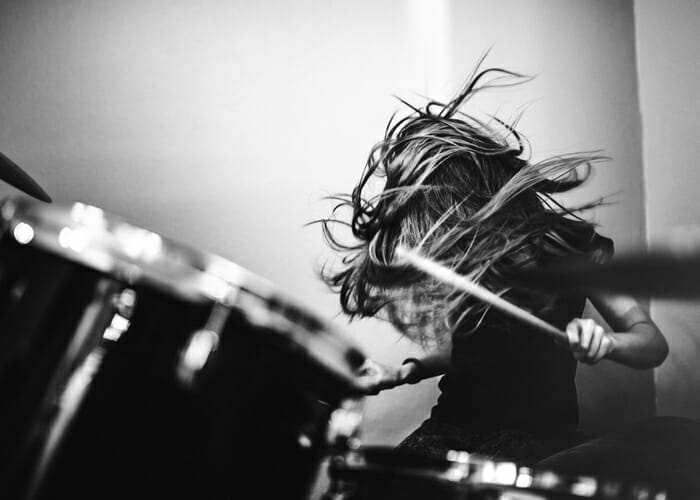 A 9 year old girl has fun playing a drum set in her room, working on songs for her band. High contrast black and white image.

A low funding ratio of 64 per cent and a belief that mainstream public and alternative assets are fully priced is motivating the $11 billion New Mexico Educational Retirement Board to move into an unusual alternatives portfolio. The new allocation will include investments in litigation finance and reinsurance, as well as assets that tap royalty streams from intellectual property, music and medicines.

“We haven’t made any investments here yet. We’re doing the ground work but we expect to make our first allocation later this year,” says chief investment officer Bob Jacksha who oversees one of the more diverse portfolios among US public pension plan peers.

“We view public assets and mainline alternatives as fully priced; we’re now looking for other things that aren’t as well known and haven’t attracted so much capital.”

The allocation will sit as a subcategory within a portfolio of diversifying assets uncorrelated to public equities and core bonds that includes risk parity and global tactical asset allocation.

But choosing managers to look after such investments is a challenging process given the need for proven experience in these relatively new asset classes.

Litigation finance, where investors back costly litigation in return for a share of a successful claim in a niche strategy untethered to financial markets has only recently begun to attract university endowments and public pension funds. Early converts include the Municipal Employees’ Retirement System of Michigan and the Employees Retirement System of Texas.

“These investments are more obscure areas,” Jacksha says. “We’ve met with some managers who are on their second or third fund and these are the type of managers we’d like to work with. I’m not saying we won’t do first time managers – we’ve invested with first time managers in private equity and real estate – but we usually invest here with a group that has worked together for a while, maybe a lift out from another shop.”

The new allocation is in keeping with the trend at the fund to invest less in assets where the return comes from capital appreciation in favour of those with contractual cash flows.

“Capital appreciation is nice when it happens, and we still get it from our portfolio, but it’s irregular and harder to count on,” he says. “Our diversification theme has been to stabilise the results. It means we don’t have the lows. Unfortunately when you don’t have the lows, it means you also give up the highs, but we accept that.”

A preference for private markets

The new allocation will also keep the focus on private markets, where the fund has done best in recent years.

“Our public assets benchmarked against peers and indices have had a tougher time than private investments. They haven’t done poorly; they just haven’t excelled. Public markets are so liquid and so transparent it’s tough to add value.”

“If you can’t add value it doesn’t make sense to pay manager fees,” he says. “We now spend our limited resources in private markets.”

The best performing asset classes for the fund in 2016 were private infrastructure, private real estate and private equity which returned 13.4 per cent, 11.8 per cent and 9.2 per cent respectively.

NMERB’s latest allocation also chimes with Jacksha’s steady transformation of the fund, which he joined as CIO in 2007. Back then NMERB had a 70:30 equity/fixed income split.

“The trustees got tired of seeing what happens in a downturn when you have that much shaped around equity premium,” he says.

Today the fund’s target allocation to public markets is split between public equities (33 per cent), core bonds (6 per cent), REITS (3 per cent) and 3 per cent in cash.

Along with real estate, private equity and infrastructure, private investments include global tactical asset allocation and risk parity as well as opportunistic credit.

Rather than a specific allocation to hedge funds, Jacksha now favours investing in hedge funds via other assets. Most of the investments in the opportunistic credit portfolio are with hedge funds; similarly, NMERB invests in one Bridgewater hedge fund in global tactical asset allocation.

“We don’t view hedge funds as an asset class,” he says. “We’re indifferent as long as it fits the underlying asset.”

The latest innovation comes against the backdrop of the NMERB’s large deficit. At only 64 per cent funded, Jacksha can’t afford any plummet in asset values.

“We need to keep the overriding strategic issues of the fund in mind when we’re casting our asset allocation targets,” he says.

Despite his ever-watchful eye on the deficit however, he is adamant that it isn’t something the fund can “invest its way out of”, observing that “investments didn’t get us into this problem”.

Since NMERB began recording its total rate of return in July 1983, it has earned an annual rate of 9.1 per cent, more than the 7.25 per cent it has been targeting since April this year, and more than the old target of 8 per cent. He believes the deficit is an historical structural problem of an imbalance between contributions and benefits.

Internal management is another theme at the fund. Jacksha now oversees 30 per cent of assets in house with a team of 11, up from five when he started.

“We always try to think of two broad issues,” he says. “One is active or passive and if managers can’t add value, we should be passive. The other is if we should be internal or external, because if we can do it properly internally without giving up performance, we can do it cheaper.”

It is a thought process encapsulated in a dynamic, internally run core bond portfolio that used to be outsourced.

The allocation, which plays to Jacksha’s own experience in fixed income, has outperformed the Bloomberg Barclays US Aggregate Bond Index since inception in April 2015. The investment grade allocation comprises Treasuries, corporate, mortgage-backed and asset-backed bonds with the team able to deviate from the aggregate for outperformance – achieved most recently by being overweight credit.

“We don’t make duration bets,” he says. “We’re not good at predicting where interest rates are going and just focus on moving around the sectors.”

But with two vacancies on his team, building internal expertise is tough. It is no help that pay levels for most of his staff rank at the bottom of national pay surveys of state pension funds. Despite understanding from the board, pushing pay rises through the executive in times of austerity is hard.

“Calls for pay raises fall on deaf ears,” he laments.