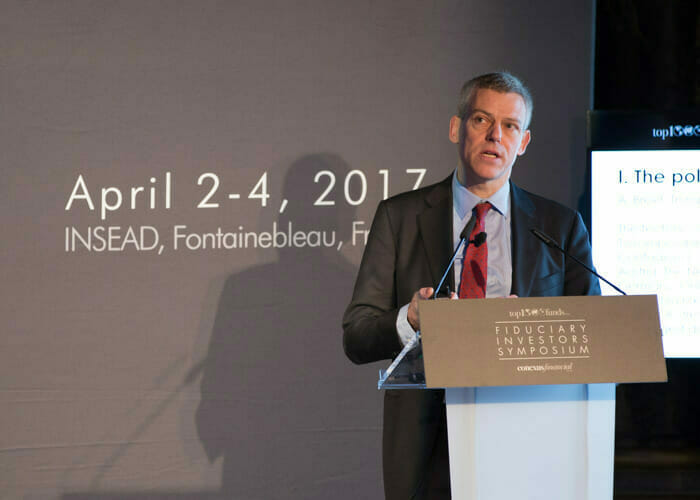 There is a European risk premium that investors can access, executive director of the Fonds de Réserve pour les Retraites, Olivier Rousseau, told delegates at the opening of the Fiduciary Investors Symposium, at INSEAD in France.

“The European risk premium is very much there and is connected with the political landscape we have been through over the past few years, [which has] taken a more dramatic turn recently,” Rousseau said. “What has happened elsewhere is of great significance for the eurozone. Markets don’t like the eurozone very much; the euro is weak and equity markets have been underperforming.

“There are not bad policies but we have inflicted a lot of problems on our markets with Basel III and Solvency II. And you have first-class companies in Europe.

Conditions for a recovery in the sharemarket are there, but we have the geopolitical risk overhanging.”

Also speaking at the Fiduciary Investors Symposium, Philippe Tibi, professor of finance at École Polytechnique, said venture capital could help transform the European market the way it has transformed US capitalism. The US enjoys 60 per cent of venture-capital flows, he said, followed by China, which already receives 20 per cent of flows. Europe represents 10-12 per cent of the funds allocated to venture capital.

“Why is it such a small allocation, given the size of the economy? It’s not because of lack of talent or size. The problem for Europe is more about institutions and agents,” Tibi said.

In Europe, wealthy individuals tend to invest outside of the continent, he explained, and institutions are restricted by legislation. He called France one of the few hubs of Europe.

“We have a vast pool of talent; there are 60,000 French people in Silicon Valley. We have 13 Noble Prize winners and are strong in science and mathematics,” Tibi said. 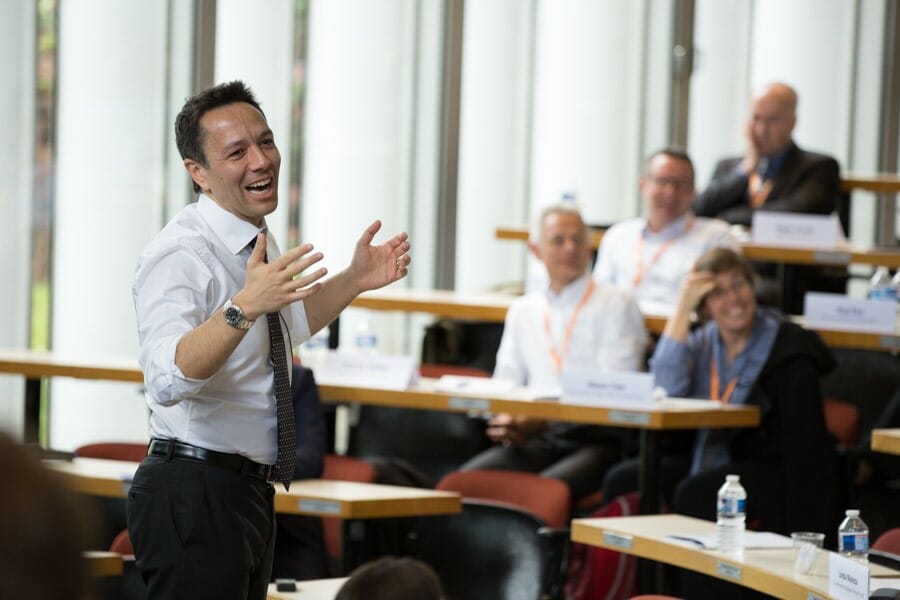 We live in a time of nomadic professionalism, when leading effectively is less about standing out and more about having the courage to embrace many organisational cultures.
Amanda WhiteApril 10, 2017