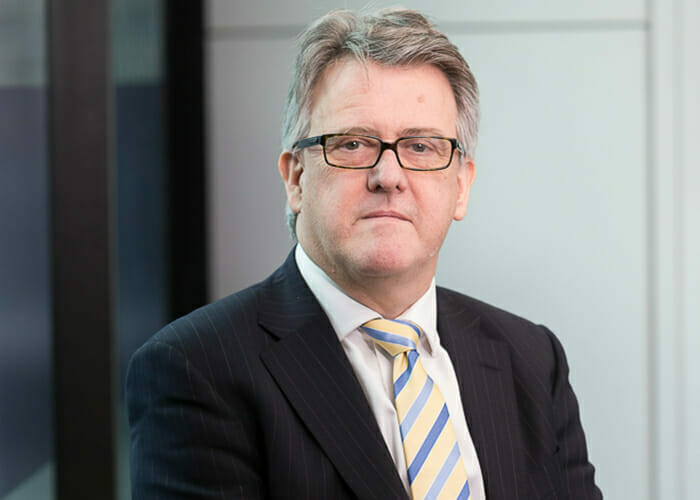 The scheme – one of the UK’s largest corporate pension funds – has selected the fund for its equity default option worth £1.85 billion ($2.2 billion) in its defined contribution scheme. In doing so, it becomes one of the first pension funds to adopt a multi-factor investment strategy incorporating a degree of climate change protection as its default fund.

“While it is a well-performing fund, we were still mulling over what we could do to make it better,” explains chief investment officer Mark Thompson, who joined HSBC in 2011 prior to which he held senior investment roles for more than 20 years at Prudential Group’s M&G.

“The questions we had were how could we achieve a better risk adjusted return; how could we incorporate climate change protection and how could we make the ESG engagement process better given that it was a passive mandate?” he says.

The query led him to consult with colleagues at FTSE, investment consultants Redington and L&G in a process that culminated in the launch of the so-called Future World Fund.

“The four factors we picked are value, low volatility, quality and size, with the bias towards smaller not larger companies. If you look at how these factors have performed since 2000, they have all outperformed the market cap by some fair margin with a better risk-adjusted return. Between September 2001 and March 2016 the FTSE World Index was up by 7.05 per cent but our index would have been up by 9.6 per cent. The volatility of the new index also comes in lower – 14.8 per cent versus 16.3 per cent.”

Next the team introduced the climate element to the index, tipping away from exposure to carbon emissions and positively towards green revenue.

The fund, which incorporates LGIM’s Climate Impact Pledge, is also a solution to boosting ESG engagement within a passive strategy.

“L&G will engage with these companies. If they are not putting in place strategies on how they will transition their business to a 2°C world L&G will send a clear message, voting against the chairman at the next shareholder meeting, and divesting.”

Rather than the fund engaging directly, he wants L&G to put pressure on investee companies.

“We are not set up to talk to all the companies in which we invest,” he says.

HSBC’s defined contribution beneficiaries choose their own funds, but 90 per cent opt for the default strategy. The fund will replace HSBC’s current passive global equities mandate, which is already managed by LGIM, in January 2017.

ESG is a growing priority across the whole fund where trustees have adopted a core belief that ESG is part of their fiduciary duty; a comprehensive climate change policy was adopted in June 2015.

Yet the latest ESG-focused strategy only affects the £2.6 billion ($3.2 billion) DC portion of the hybrid fund, which has the bulk of its assets in a defined benefit fund worth about £25 billion ($31 billion).

The reason ESG has taken priority in the DC scheme is that these beneficiaries are more exposed to climate risk, argues Thompson.

“Sixty per cent of our members in the DC scheme are under 40. We need to build in protection against climate change here most.”

DB strategy all about de-risking

In the DB scheme, investment strategy is shaped around long-term de-risking.

HSBC, an early adopter of LDI, has a liability-driven swaps program involving the use of long-dated interest rate and inflation swaps to manage funding risks.

“The fund is very well hedged and protected against falls in interest rates,” he says.

It also managed to clear a £3 billion deficit between valuations in 2008 and 2011. Since 2011 he has stepped up the de-risking pace, breaking the portfolio into matching and smaller return-seeking parts with the matching assets steadily rising ahead of slated maturity in 2025.

That said, a portion of the illiquid matching assets like property and corporate bonds sit in the return-seeking portfolio and also have long-term, matching characteristics.

It means a steadily declining role for the return-seeking portfolio. Nevertheless, Thompson notes some strategies that have done well, like the “slightly overweight” 4 per cent exposure to emerging markets.

“Emerging markets have done well; and it’s not hedged. We don’t bring it back to [pound] sterling because we like the diversity. Although, of course, I’d like to get to the place where we have no emerging market allocation at all,” he says, in another nod to his de-risking priorities.

Similarly, the fund is shrinking its current 3.4 per cent allocation to private equity.

“We are running down our private equity; it doesn’t make sense to put more in ahead of 2025,” he says.

The emerging market allocation is actively managed; equities are either in passive strategies or smart beta; global credit is a combination of active management and smart beta. Regarding fees, he says: “It’s not a race to the cheapest. It’s a race to the best value.”

Has Brexit hurt the fund?

“No. Our interest rates are hedged; we’ve got inflation and currency hedging in place; we’ve locked down our risk so that whatever happens is ok. We are in a good position.”

He doesn’t believe uncertainties regarding US climate commitments under a new Trump presidency will derail momentum on climate conscious investment either.

“The feedback from Marrakesh is, let’s do it. It’s not going to go away.”

But he won’t be drawn on any future impact of either Brexit and forthcoming European elections, or the US electoral outcome on investment returns going forward.

“I am an economist by training and am used to forecasting. But as I’ve got older I realise that forecasting is easy. It’s just getting it right that’s difficult.”