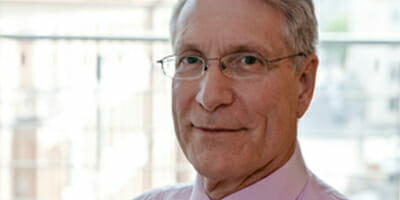 The practice of benchmarking the salaries of senior executives of institutional funds with reference to external financial services firms, instead of the shared objectives of the fund, is a major barrier to their success, according to Professor Gordon Clark of Oxford University and director of Smith School of Enterprise and the Environment.

Clark sees the problem arising from the norms of benchmarking at the financial services companies that institutional funds are recruiting much of their staff.

“There is a group of people who think they should be paid according to industry norms and conventions in terms of rate of pay and bonuses that might come with, for example, working with Goldman Sachs,” he said, citing the pressures of compensating investment teams.

He said a shared objective for the fund agreed upon by the chief executive and the board could be used to reconcile individual competing claims to a share of disposable income and also in managing claims for power and prestige within the fund.

“You need to get people thinking beyond their immediate professional real interests and think of the overarching objective of the institution itself. That is a challenge we all face and it is a measure of successful financial institutions,” he said. “What you are trying to do is form an organic whole, rather than simply think of it as a see-through organisation where nothing much happens other than the individual tasks and functions.”

Clark said the board is part of the problem, particularly where membership was handed out as a political perk or where board members might not take the role as seriously as they ought to, all of which would hinder the achievement of a shared objective.

He said this could lead to boards that are conflicted over what the goals are.

Clark recognised that articulating a clear and easy to follow objective was challenging. He gave the example of a national pension fund that had three objectives; to properly manage the assets globally, to never lose any money and to be cost effective all the while paying benefits sustainably over the long term.

“How do you square the circle for these competing claims? Some organisations never manage to do this,” he said.

Funds that had succeeded in these challenges he identified as having a chief executive who was able to clearly articulate the mission or the shared objective of the fund and as having a board that was clear as to what their fiduciary responsibilities were and where shared goals united them.

He cited the large public sector Canadian funds, as examples of funds that had succeeded in these aims.

“The Canadian funds that they talk with great enthusiasm about their shared ethos, common goals and objectives and how the sustainability of long-term pension income guides their policy right through the organisation,” he said. “There is a lot to be learnt from talking to these funds about how they basically got better in dealing with these issues, in a systematic manner right through the organisation.”

Clark also described how a poor organisational structure and a poorly articulated shared objective could impact on the way in which funds invested for the future in skills, expertise and technology.

He gave the example of the need for some funds to update their information technology to ensure better analysis of portfolio risk and to understand their members’ liabilities.

Often, he said, it was easier for boards to opt for a “two-to three-year fix” costing $20 million.

“If there is that sense of short-term or long-term, boards think of their own careers and their own prospects,” he said. A board, he said, should rather be thinking of it as sustaining the mission off the organisation, rather than as an immediate cost.