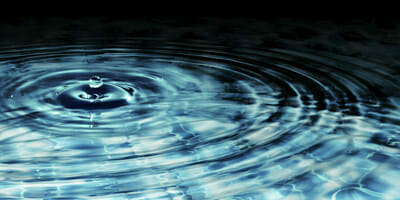 As equity trading becomes more fragmented, and more trading is done outside exchanges, it is prudent to assess whether alternative liquidity pools contribute to well-functioning markets. Norges Bank Investment Management has done the work for you, analysing the contributions, structures and functions of trading venues with limited pre-trade transparency. One of the benefits of liquidity pools, according to Norges, is they aid in limiting the rent extraction ability of intermediaries.

Non-exchange trading venues are characterised by limited pre-trade transparency about their intent to trade, but Norges argues they differ substantially in their organisation structures, their matching protocols and the way they are used. This means closer, more nuanced, analysis is necessary to assess their contribution to equity markets.

The paper, Sourcing liquidity in fragmented markets, argues that liquidity pools have several characteristics which have the potential to contribute to well-functioning markets

Typically liquidity pools and their impact on market quality have been characterised by the pricing mechanism, the nature of the order flow and the type of counterparties in the pool. But Norges says it is more meaningful to classify them according to the stage of the investment process in which the venue is used, or in other words whether it is early or late in the investor’s execution plan.

The institutionalisation of investment management, and the advent of very large asset managers, has meant there are typically fewer but larger orders. In this context block crossing orders are increasingly attractive, according to Norges, with the benefit of minimising the rent extraction of intermediaries.

Sourcing liquidity from other venues requires ongoing qualitative and quantitative assessment, according to the paper, and means the investor has to direct the broker not only on trading strategy benchmarks but also on permissible venues.

“For example we do not believe that the liquidity from high frequency trading ping destinations is worth the information leakage costs.”

Norges actively uses block crossing venues as one of its preferred methods of execution, but also delegates execution to brokers and has a white list of permitted trading venues.

“We believe that skewing the broker’s objective function – through the imposition of price benchmarks, as well as through active limitations on the set of permitted execution venues – is a critical fiduciary duty of investment managers.”

It says that block crossing venues should have greater prominence and Norges is actively working on establishing and strengthening such venues.

One of the benefits of the market evolution is it keeps rent extraction in check, the paper argues.

“We view the emergence of liquidity pools as an example of such beneficial evolution. However, they in turn introduce novel avenues for rent extraction, primarily through insufficient transparency. Asset owners and managers need to show continued vigilance and a proactive research-based approach to analysing and adjusting potential excesses.”