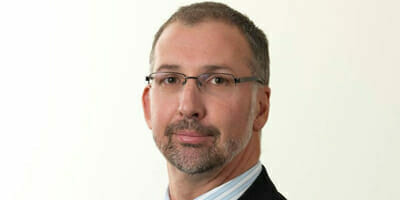 Australia’s largest superannuation fund, AustralianSuper, is considering whether it should have its own investment management and currency hedging teams based in Europe and America.

Due to the mandatory nature of the system in Australia, the current rate of funds under management growth means assets are doubling every four to five years. Peter Curtis, head of investment operations at the A$85 billion fund is awed by the change in investment operations model it would need to match this growth.

“The capability of what you need within a super fund to meet this wall of money is quite phenomenal,” he says.

He argues that to respond to this challenge a greater level of self-management was inevitable. In many cases the money held by AustralianSuper in individual asset classes was greater than the total assets under management of the specialist managers it used. Secondly, if the fund did not build internal capabilities when it had the scale to do so, it would be only contributing to the sometimes great profits of providers such as investment banks.

“Do we help investment bankers upgrade their Ferrari every four to five years or do we do more in-house?”

As part of this expansion of managing money in-house it is considering where it sets up operations and offices, with one of the functions most in need is currency hedging.

“AustralianSuper is committed to building its global capabilities to lower external management costs and deliver the best returns for members over the coming years,” Curtis says.

AustralianSuper aims to manage about 40 per cent of its assets in-house within three years. It already has in-house teams overseeing some of its Australian equities, infrastructure, property and cash holdings and has just hired two managers for Australian small cap investing.

Reducing reliance on external fund managers is expected to deliver savings of around $140 million annually over the coming years.

“The global equities team of around 10 people – which is currently being recruited – will be based in Melbourne and have a mix of Australian and international managers. This will ensure the team operates in close conjunction with the wider investment team and understands the unique culture of ‘Members First’ that underscores every decision taken by AustralianSuper. International equities currently comprise 34 percent of the fund’s assets, while Australian shares make up 27 per cent. This has changed from 25 per cent in international shares and 29 per cent in Australian equities in June 2013,” he says.

Curtis says as the allocation grows in proportion and size, AustralianSuper will end up  running a “massive currency hedging book”, that might be more efficiently run in the model of large Canadian pension plans that have set up offices in different time zones.

Notably the Canadian Pension Plan Investment Board has overseas investment offices in Hong Kong, London, New York and Sao Paulo on the rationale that a local presence and local talent ensures it has “the right knowledge and relationships to make the best investment decisions possible” in Asia, Europe, North and South America.

AustralianSuper already carries out its own economic analysis on the Chinese economy from a three person team in an office in Beijing.

Meanwhile Australia’s largest institutional fund, the A$109 billion Future Fund does not have the regular input of contributions from the public, having been set up from several individual payments from government coffers. It has explored the rationale of a New York office, but decided against it.

David Neal, chief executive of the Future Fund, said an infrastructure team in New York would inevitably end up doing deals from that office contrary to the fund’s bid to have a purely objective approach to investment opportunities.

He describes the negative effect as a “cultural dilution” of the fund’s process which regularly sees all senior members of the team meeting around the table in its main Melbourne based boardroom.

“Yesterday, we had all the senior people sitting here talking about our entire private equity portfolio in significant detail. You make sure that those sector heads have a very deep understanding of what the private equity sector offers. We do that with all the sectors,” he says.

The purpose of this close scrutiny of each sector is that the whole team knows what constitutes a good idea for the fund, and fully understands what the fund has most of.

“If you have someone sitting in New York looking for opportunities, I do not know how you get them as integrated. We would rather get on planes, which is tiring and expensive, but we think it is worth it.”