Home>Editorial>Back to the future: investors concerns in 2008 resonate today 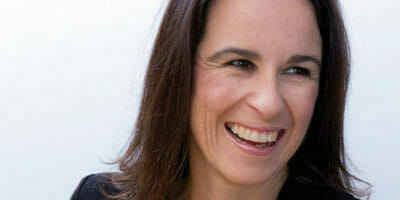 This issue marks the 400th edition of conexust1f.flywheelstaging.com,  which looks at the strategies and views of the world’s largest asset owners. So what were the concerns and opportunities of investors six years ago, and what are they now?

Since its launch in 2008, the journalists at conexust1f.flywheelstaging.com have written more than 2,000 stories on the strategies and views of the world’s largest asset owners. Our edge is in our truly global coverage, and our in-depth analysis of these investors’ strategies via our Investor Profiles.

The first fund we ever profiled was ABP, back in September 2008. At that time volatility was spiking to record highs and there were major losses across equity markets. But the profile proved what is still true today, that large, patient investors acting diligently can add value over the long term despite market conditions.

Central to their ideology is the idea that a long-term investment strategy increases the potential for higher returns and enables the fund to take on more risk. It advocates diversification across and within asset classes including alternatives sources of yield, and it prudently manages risk. The same profile could be written today.

Reflective of many of the world’s pension funds, the coverage ratio of ABP, the world’s third largest pension fund, fell to 90 per cent in 2008 from 140 per cent in 2007, due to a drop in the actuarial interest rate at the end of the year to 3.6 per cent, and a return on investments for the year of -20.2 per cent. The investment strategy thus became a focus on meeting liabilities.

In other sectors, such as sovereign wealth funds, growth continued despite the investment losses.

In 2008 sovereign wealth funds collectively grew by 18 per cent, bringing the sum of assets held by the vehicles to $3.9 trillion. Today that is around $5.4 trillion.

Later that month the president of China Investment Corporation, Gao Xiqing, warned that markets had not yet bottomed and the US dollar would resume a downward trend. He turned out to be right, with one US dollar buying £1.49 when he made his prediction, but only £1.38 a month later. It’s now around £1.68.

The exposures raised serious questions about the due diligence of large pension funds, and the lack of transparency around the underlying managers in funds-of-hedge fund investments, an investigation which hasn’t dissipated today.

At this time, the effect of huge market losses were seen at asset owners of different types. Harvard Management Company began shedding 25 per cent of its workforce in February 2009, after incurring a 22 per cent loss since the beginning of that financial year.

The $59 billion New Jersey Division of Investment made several changes to its alternatives investment portfolio including a slowdown in new commitments, on the back of a belief that large institutions with high allocations to alternatives would be forced to sell portions of their portfolios in order to raise liquidity and rebalance their overall asset allocations.

Instead its focus shifted to credit-related opportunities within private equity and real estate; and the targeting of potential opportunities to purchase interests in existing alternative investment partnerships in secondary market transactions.

Similarly the then $161 billion California State Teachers’ Retirement System tweaked its allocation seeking to deploy $6 billion tactically in the debt markets, as well as the conception of a new “innovation portfolio”.

Interestingly 2009 marked the first time the largest 20 pension funds globally, underperformed (by 2 per cent) the rest of the Towers Watson top 300 universe.

Risk became a focus with funds all over the world, including UniSuper in Australia and PSP in Canada and looking at new and comprehensive risk management systems.

Funds also took risk off the table with equities allocations decreasing and alternatives on the rise – CalSTRS, New Zealand Super and ABP were among those looking for “opportunities amongst the wreckage”, while the Australian Future Fund began its love-affair with debt.

In 2011 fiduciary capitalism emerged and investors were engaged in the role they could play in the future and stability of the financial and broader economic and social environments. What had they learnt from the crisis was that the future was uncertain and they wanted to play their part in making it more sustainable.

Alpha, beta, and alternative beta emerged as the subject du jour in 2010 and fund’s continued to invest in alternatives. For their part, the Canadians continued their infrastructure and property shopping spree.

The defined benefit/defined contribution design debate hotted up, with most defined benefit funds on the defensive, and the Dutch introduced the complex, but fair, concept of defined ambition.

Water emerged as a theme, with Canadian and European funds the first to realise we are running out of the world’s most precious resource. One of the world’s largest investors, the $576 billion sovereign wealth fund of Norway made water one of its six investment focus areas. How the world will feed China is perhaps the most pressing thematic for 2014.

Investors all over the world changed their approach to asset allocation in 2010 and 2011 and began allocating according to underlying risk factors rather than asset buckets.

In December 2010 CalPERS introduced two hedging portfolios as part of this process, and in its analysis found the portfolio has a 90 per cent exposure to equity risk

The two enduring themes of 2011 were ESG integration and underfunding. Tail risking strategies entered the investor vernacular in a big way, and hot topics for investors were rebalancing criteria, bond allocations and insourcing investments.

The world’s largest fund, the Government Pension Investment Fund, Japan, substantially increased its allocation to international equities, moving more than $31.8 billion of assets into offshore equities in the year to June 2011.

Collectively, investors globally woke up to long-term investing and collaboration towards the end of 2011. They also continued to review their strategic asset allocation with greater regularity and looked at tactical and event-driven investments more often.

Texas Teacher’s strategic partnership program started baring fruit, and other investors started following suit, marking a change in the nature of asset owner/asset manager relationships to one of collaboration and intellectual property exchange.

That same year European funds started slashing equities in the wake of the Eurozone crisis, and reducing fees and finding, the increasing elusive, alpha continued to be a focus

The Kay Review in 2012 renewed British investors focus on long-term investment horizons and the obstacles inherent in the financial system.

Distressed debt was all the rage, and while there was a lot of talk about green bonds not a lot of action. Currencies were unpredictable and emerging markets went in and out of favour.

Many funds started looking at their decision making processes, costs and staffing in house and governance reforms became the norm. In the UK and Australia consolidation of pension funds continued, while on the investment side stranded assets became a consideration.

As volatility continued and investors became hungry for alpha, risk parity and smart beta entered the fray in full force in 2013 and there’s no sign of their retreat. The only marketing jargon that could even come close to pushing smart beta off its mantle would be “big data”.

At the end of 2013 the average global asset allocation of the seven largest pension markets in the world was 52 per cent equities, 28 per cent bonds, 1 per cent cash and 18 per cent other assets.

For the past six months interest rates and the prospect of positive correlations between stocks and bonds is the potential nightmare keeping investors awake at night.

So what will investors be talking about for the next six months?

We look forward to the next 2,000 stories about, and for, asset owners.