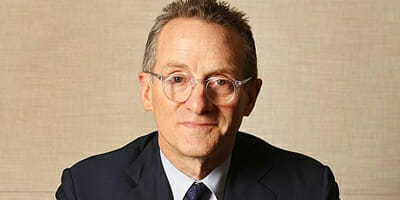 “It used to be easier to make money,” Oaktree Capital Management founder and chairman, Howard Marks muses as he discusses meeting the demands and goals of his clients in 2014.

Marks is an avid communicator, and has been writing memos to clients for 24 years. The result is his book “The Most Important Thing”, which Warren Buffett’s review on the front cover summarises as “…that rarity, a useful book”.

His January memo is a 4,000-word musing on the role of luck. In it he discusses many things including “alpha” which he defines as superior personal skill.

“It used to be easier to make money. If you look at the history of inefficiency, there were markets that people didn’t have access to, there was infrastructure that was lacking and investments that were unknown. Now everyone knows everything about everything,” he says.

There was a time, not so long ago, that high yield bonds, the asset class where Marks started his career, were considered “improper”. He rues the

fact there are “no structural inefficiencies anymore.”

“I call this process ‘efficient-isation’, and it’s the norm.”

However what does still exist is cyclical inefficiencies and he’s only too aware that “people do panic at the lows and sell, or at least fail to buy”.

“It requires a certain degree of malfunction for the market to allow an investor to find a bargain, buy it on the cheap and enjoy an excess return. But it takes a greater degree of malfunction for everyone else to fail to notice that investors’ success, fail to emulate his methods, and thus allow the bargain to persist. Usually a free-lunch counter should be expected to be picked clean,” he says in the memo.

Given this “efficient-isation” Marks believes fund managers should focus on managing the expectations of clients.

“Investment is still very much about alpha, but it’s harder to find and there is less of it,” he says. “So expectations need to be managed.”

Marks has worked with Bruce Karsh, who sits alongside him as number 296 on the Forbes 400 list of richest people in America, for 27 years, and he believes this longevity and stability speaks volumes for the firm’s success. His other co-founders have been with him longer.

“We have lived together through three major credit cycles,” Marks says, and he believes that working closely with a team for a long period of time creates a joint philosophy and lessons learnt which facilitates a strong environment.

“It’s constructive, not competitive, and we have a conducive compensation system that stresses teamwork,” Marks says, adding a key ingredient for success is retaining star performers.

A Wharton and University of Chicago graduate, Marks’ time in the markets has taught him to be contrarian, something you can’t learn in a class room.

“It’s the human side of investing that you can’t know when you’re at school,” he says. “It’s the importance of being contrarian, keeping your emotions in control and applying second level thinking.

“Investing is not physics: you can’t apply laws and assume it’ll work the same every time. With golf you can play 100 times and learn more about how to play a given hole each time you play. But with investing the course plays back and so do the other players.”

Quoting George Soros’ reflexivity – that the actions of people in an environment alter it – Marks says that investing in large part consists of predicting outcomes, and success comes from predicting more correctly than others.

An example of this is the firm’s success throughout the financial crisis, when it put to work more than $6 billion in the last quarter of 2008 following the bankruptcy of Lehman Brothers.

“It almost didn’t matter what you bought. But it’s not just intellectual, you also have to have to keep emotion under control,” he says.

Marks says, he was looking for an alternative to public listing, and as a result the company sold stock privately in 2007 and joined Goldman Sachs’ market for unregistered equities. But that route failed to create the liquidity needed to facilitate general transition, so an IPO followed five years later.

He denies that being a public company has changed the focus of the firm, asserting there is still the same sense of responsibility to do a good job for clients.

“People ask about a conflict of interests, but I think it’s not conflict but congruence. If you put the clients, first the business will be successful and you will make money for the shareholders,” he says. “It is not right to do just anything for the sole purpose of boosting assets under management. It has to work for the clients.”

He says a great firm has to stand for something other than AUM, and for his firm that is the Oaktree investment philosophy: the primacy of risk control, emphasis on consistency, the importance of market inefficiency, the benefits of specialisation, macro-forecasting not being critical to investing, and disavowal of market timing.

“We study the markets as they are today and take our cues from valuation and investor behaviour,” he says.

Marks’ outlook is that asset prices are elevated by central banks, and that when quantitative easing unwinds interest rates will rise. His mantra today is “move forward but with caution”.

The firm has 18 strategies, with high yield bonds and distressed debt the “tent poles”. Real estate is growing in importance, and an asset class Marks really likes.

The firm has raised $6 billion in the past two years for strategies that didn’t exist two years ago.