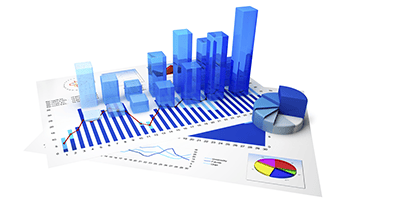 Superannuation funds in Australia are not putting enough emphasis on data and technology as a tool to strengthen member engagement or as a platform for their business. There is plenty they can learn from Rayid Ghani, chief scientist for the Obama for America 2012 campaign, who was the keynote at the Conference of Major Superannuation Funds this week.

It wasn’t data that won Barrack Obama his second term as the President of the United States, it was analytics. This might seem like a frivolous distinction, but actually it’s important, and one that superannuation funds in Australia can learn from.

The distinction is this, data on its own is not a powerful tool, it’s how you analyse it and what action you take as a result of that analysis as to where the power lies.

The Obama for America 2012 campaign analytics team has been credited with winning the election for Barack Obama, and for changing the face of campaigning forever.

The team had a very clear goal, to win, but it used analysis of the data it collected to achieve that goal in a sophisticated way.

“We had a goal ‘to win the election’,” Ghanis says, “but beneath that our second level goal was to increase our chance of winning not to get more votes.”

A vote can be had in three ways: to register a voter, change the mind of an existing voter, or push existing supporters to vote, and Ghani and his team looked at targeting and selecting individuals on this basis.

“On an individual basis we looked at who to register or who to persuade, and then once they were identified we worked on how to persuade them. You need to break it down, and data plays a role at each level.”

It is Ghani’s belief that super funds are not tapping into this simple but powerful tool of using data to make high level decisions about the direction of the company or to achieve a particular goal.

“It is common sense but not really common that you can use more data to be more rational,” he says. “You make decisions regardless, so if you have the right data it makes you be more rational. It also means you can manage risk better. If you are taking risk you know you are and can account for it.”

For example, he says if a super fund is trying to get a new member, or get a member to switch from another fund, there are a number of ways of doing that, including persuasion.

“This means you need to identify who is persuadable and focus on them, otherwise it is a waste of resources trying to persuade people who won’t or can’t be persuaded. This is where data can be useful in breaking down the problem.”

Ghani claims not to like the term “big data” because he doesn’t like the inference of size.

“Size is independent of how useful or effective data is. We focus more on actions and using data effectively; using it to be more rational and make better decisions,” he says.

The Obama analytics team contacted 54,739 voters from paid call centres and asked them how they planned to vote. They also used existing supporters as extensions of their own work, enabling them to reach out to an enormous amount of people – more than 150 million. This data was distilled down to individual-level predictions, including a score on an individual’s likelihood of supporting Obama. The data gave them a starting point for action.

A number of actions followed depending on what the data revealed.

This flexibility is a hard concept for most business to grasp, Ghani says, adding that the ability to evolve a plan depending on the data is an essential part of useful analytics.

“You need a good conceptual idea and plan, but if data is not available, or data tells you something new, it needs to be able to evolve,” he says.

If for example, a super fund plans to increase its membership of people under 30 but once the analysis is done it is revealed that’s not possible with the available resources, the plan has to change to either put in more resources or change the goals.

“This is hard for a lot of businesses to do. Most businesses are not used to uncertainty, and it’s hard to start a project not knowing if it’s going to work.”

One of Ghani’s tips to avoiding disappointment in a project in the form of cost or failure, and something that was done during the Obama campaign, is to design short projects, typically three weeks to a month.

In addition he stresses there needs to be a willingness across the entire organisation, a top-down support, to experiment with the projects.

“If you’re looking at the case of trying to persuade new members, how do I know that people are persuadable? What we did is try different tactics on a small set of people over and over,” he says.

“We were running experiments of different types every day, it could be anything like an experiment on how to write better emails. It needs to be part of the culture.”

One of the obvious distinctions in the superannuation market at the moment is the different levels of technology between industry fund sectors and the retail providers, particularly the banks.

But Ghani doesn’t believe this war is won, or that it is too late for industry funds to have success on this front.

“Industry funds need to focus on an end goal, not on being better at technology than the banks. Technology is a means to an end not a goal in itself,” he says.

In addition, and this is the good news for industry funds, he says banks have saturated their outreach.

“From what I see there is a lot that industry funds haven’t done in individual outreach, but banks are overdone,” he says. “Industry funds can be different because they don’t have a history. This makes it easier to have a new experience as customers are not immune to the communication. The brand and communication is a new experience, you are not competing with yourself.”