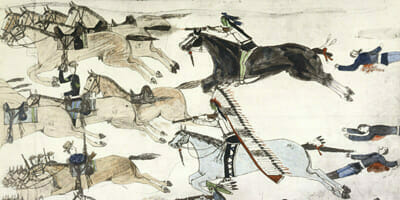 The following article is a letter from United Food and Commercial Workers’ John Marshall in response to our recent article, Walmart takes divestment blows to the body.

I read with interest the excellent article on the Swedish AP funds’ recent divestment from Walmart based on concerns about the company’s systematic abuses of workers’ rights in the United States. As you may know our union has been very engaged with the company on these issues and has supported the workers currently organising in the Organisation United for Respect at Walmart (OUR Walmart).

In my role with the United Food and Commercial Workers’ capital stewardship program, I am in regular communication with a number of investors and analysts about concerns related to the company’s poor labour practices. In that context I was intrigued by the quote in this article from an unnamed analyst referring to the perceived desirability among portfolio managers of holding Walmart stock, apparently due to the belief that Walmart is a good proxy for the global economy.

That perspective is very different from what I would characterise as the prevailing view among analysts, specifically that Walmart stock over the past several years has been attractive to the extent that it is a countercyclical asset and, in particular, that it is insulated from risk in the eurozone. This perceived insulation and Walmart shares’ close correlation with the defensive consumer staples sector, which has rallied over the past several years, explain most of the relatively modest gain in Walmart shares during that period.

Indeed, despite this favourable macroeconomic environment for Walmart, its stock has significantly underperformed its retail peers, including unionised retailers such as Costco and Kroger, over the past one, three, five and 10-year periods.

As for the impact of labour concerns on the company’s share price, we have pointed to two direct areas of concern for investors: the well documented operational problems associated with understaffing and underinvestment in training, as well as the lost sales and slowed expansion resulting from reputational harm. For a fuller discussion of these issues, please see this report we published last year.

Over the past two years, in the face of Walmart’s apparent unwillingness to reassess its hostility toward its own workforce, several large investors – including APG, PGGM, Mn Services and now the Swedish AP funds – have taken the decision to divest their Walmart shares. Prior to these divestment decisions, while these investors were engaging Walmart as owners, representatives of each of these funds travelled to the US and met personally with Walmart workers to hear their perspectives.

Although we do not advocate divestment as a strategy and view the continued engagement by other investors as critical to the long-term effort to change Walmart, the Dutch and Swedish funds have earned the gratitude of thousands of Walmart workers for simply listening to them and taking these concerns seriously. Perhaps someday Walmart’s leaders will do the same.