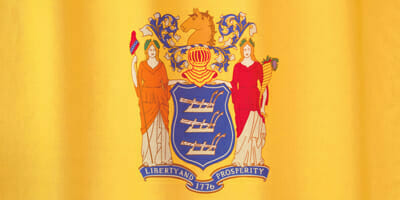 As another fiscal year draws to a close Tim Walsh, director of the New Jersey Division of Investment, investment managers of the $75.64-billion New Jersey Pension Fund, reflects on another good year.

“It’s been a double-digit year with the best asset classes, plain vanilla US equities and structured credit,” he says speaking from the Division of Investment’s Trenton headquarters.

United States equities’ contribution to performance was enhanced last May when Walsh positioned the fund to benefit from the equity lift-off even more, upping its exposure by 4 per cent, creating an overweight position of 28 per cent of plan assets. It’s just the kind of agile strategy for which New Jersey is increasingly known.

The Division of Investment invests on behalf of the 769,000 members of New Jersey’s seven public pension funds.

The fund is divided into broad categories comprising a global growth fund (56.79 per cent) made up of US and non-US equity, emerging market equity, plus equity hedge funds and venture capital; income (23.63 per cent) comprising investment grade credit, high yield fixed income and debt-related private equity among others; a liquidity allocation (8.73 per cent) comprising treasury bonds and inflation-linked bonds; a real return bucket (7.65 per cent) including commodities and real estate; and risk mitigation (2.55 per cent).

Wary of the rosy equity view

Walsh has now grown circumspect of the rush into US equities – what he calls the rosy view of the US.

“There seems to be a broad consensus that US stocks are good and everything else is evil,” he says. “It concerns me because the consensus is usually wrong.” Now his eye is on what he calls beaten-down areas, such as high yield.

He believes technology and parts of the energy sector are cheap, but it is emerging markets, one of the worst performing assets of last year, where he sees most opportunity. The fund doesn’t pick individual stocks here but invests via exchange traded funds, currently allocating between 7 and 8 per cent of plan assets to emerging markets.

“We’ll add to this,” he says. “Emerging markets are the asset class to be in. If you could get the state-owned enterprises out of the benchmark, performance would be even better.” Despite the euro crisis, he has been encouraged by the fortunes of some European multinationals in Switzerland and the UK. He’s worried about rates rises “backing up” and predicts that although the markets for the most part are liquid, it will be harder to find opportunities going forward.

“We don’t have a broad bucket called hedge funds,” explains Walsh, adding that the fund favours customised relationships with its hedge fund managers, with tailored strategies and side-by-side investment.

“The 2/20, no preferred-returns model is dead. We haven’t put any money into a traditional hedge fund for over a year and we have actually withdrawn some,” he says in reference to the model whereby managers charge 2 per cent of the total value of the assets invested and 20 per cent of the returns.

The alternatives portfolio, which “requires a lot of work,” is managed in house by New Jersey’s increasingly sophisticated team of 60, also now managing 90 per cent of the fund’s liquid assets.

It amounts to about 70 per cent of the total portfolio, more than any of other of the 11 biggest US schemes.

Inhouse management paid off particularly well last year with the fund’s active allocation to US equity.

“The active portion was our strong suit,” he says. For Walsh, who joined New Jersey in 2010 from Indiana State Teachers Retirement Fund where management was all external, developing New Jersey’s inhouse operations is one of the best parts of the job. “I do quite a lot of the rebalancing and the asset allocations – it really thrills me.”

He believes “industrial is pretty cheap” and also sees potential in hospitality. However, overvalued US markets in downtown Manhattan, Washington DC and Boston are prompting him to cast his eye on assets overseas. “There are better opportunities outside the US, going into China, India and South East Asia.”

New Jersey will get its final numbers on last year in the next couple of weeks. “We are a pension fund with long-term horizons, but we are nimble if we need to be,” says Walsh.