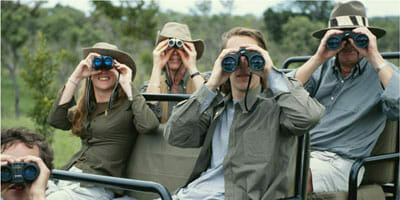 Emerging market investing and sustainable investing easily rank as two of the most substantiated of the many investment trends of the past decade. However, the two styles of investing are far from natural bedfellows. Christian Ragnartz, as chief investment officer of the $17-billion-plus Swedish pension fund AP7 – which has 13 per cent of its equities invested in emerging markets – knows all about the pitfalls. “Environmental, social and governance (ESG) challenges remain huge in some emerging markets as some are very non-transparent,” he says.

As a gauge of the issue, Brazil and South Africa are the best performers in Transparency International’s 2012 Corruption Perception Index from the popular BRICS grouping. They both rank a modest sixty-nineth place, level with Macedonia but behind Lesotho and Romania. That is not to assume that all emerging market companies neglect sustainability norms, that developed market firms are immune from environmental, human rights or governance breaches or indeed that all established markets are better. Italy, for instance, is ranked behind Brazil and South Africa on the 2012 Corruption Perception Index.

So, how can funds continue to persuade a skeptical public of their sustainable investing credentials while taking advantage of the emerging market boom?

Ragnartz concedes that while sustainable investing considerations were a factor AP7 discussed “at some length” when defining its emerging market strategy in 2007, there was not a “huge impact” on its initial investment choices. Part of the reason for this, he says, is that the lack of transparency made it more difficult for AP7’s sustainable investing experts to perform their usual filtering work.

He explains that “the scarcer information and restrictions on press actually made it hard for our consultants that help us screen these markets to objectively verify violations to international norms”. Enough information has been gathered though, Ragnartz adds, to blacklist some emerging market firms.

AP7, if not among the emerging market pioneers, was among the first wave of investors interested in the region, shifting exposure from around 2 per cent of equities in 2007 to the 13 per cent today. The dramatic pace of flows of institutional investment into the developing markets certainly shows little sign of relenting. According to a 2012 Mercer survey, the number of European pension funds with emerging market debt allocations increased more than fivefold from 2010 to 2012, making it the most common alternatives asset class among continental European funds.

This has created real pressure in the markets, with the largest inflows of investment, says Banerjee, resulting in a “large and concerted push by governments, exchanges and companies to set high standards and try to emulate them”.

According to Mike Lombardo, a sustainability analyst at Calvert Investments, South Africa and Brazil provide examples of practices improving to such an extent that they are models which some of the developed can look up to.

Lombardo, who has spent time exploring corporate disclosure in South Africa for a United States Forum for Sustainable and Responsible Investment (US SIF) project, says that the ESG requirements of the Johannesburg Stock Exchange for listed companies are “world class”, with a new integrated reporting requirement boosting disclosure standards further in 2011. The presence of a burgeoning environmental technology industry in China along with stricter environmental legislation is another development that challenges popular perceptions.

Ragnartz agrees that “the situation is better these days as the emerging markets have matured.”

On the one hand, the tricky task of assessing emerging market firms against sustainability criteria has become easier with the experience gathered at AP7, he says. He echoes Banerjee in adding that the companies have also put more resources to handling these factors due to stakeholder demand.

Despite the progress, those involved in promoting sustainability in emerging markets agree that there is room for improvement in many places. Discrepancies between emerging markets is a frequent concern. Differing attitudes are certainly indicated by the experience of the Carbon Disclosure Project (CDP). It has gained a markedly lower response rate from Russian and Chinese companies than South African firms in its attempt to gauge corporate climate change policies.

Emma Hunt-Jones of Towers Watson says that while transparency, corruption and environmental damage might seem the most pressing emerging market concerns, coming to terms with unfamiliar governance and ownership structures is often a greater investor priority. Emerging market companies with elements of family or state ownership can be a “red alert” for investors, she says. Jessica Robinson of the Association of Sustainable and Responsible Investment in Asia adds that those investing in real estate in the region tend to become cagey on government involvement in projects due to fears of corruption. And, there are investors who have become more trusting of the positive virtues of unfamiliar practices such as family ownership, Hunt-Jones says.

Among all these challenges, investors who are able to be proactive and get the data they need for sustainability in an emerging market gain a distinct advantage, according to Hunt-Jones. Lombardo adds that getting the full picture means investors’ sustainability analysts need to make an honest appraisal of the drawbacks. Understanding the cultural context and weak structural issues in a given market, such as corruption or lax enforcement of the law, is vital, he says.

The history of sustainable investing has shown that the largest funds are those most likely to take a lead on policy engagement and most comfortable in divesting from particular countries or sectors, Hunt-Jones points out. For instance, major US retirement funds such as the Kansas Public Employees Retirement System have been instrumental – along with asset managers such as Calvert Investments – in the Conflict Risk Network. This grouping has persuaded companies to avoid indirectly supporting violence in Syria and Sudan.

CalPERS’ policy of blacklisting certain markets in the past has proved more controversial. Hunt-Jones points out though that a decade after it pulled investments from Malaysia, the country is now considered to be one of the stronger emerging markets on sustainability.

Robinson says a choice to exclude certain companies might not have the desired impact: a company omitted due to poor transparency could still have strong sustainable practices.

Whichever way it is formed, sustained engagement in emerging markets is a resource-sapping job for even the biggest institutional investors, with air miles and specialist knowledge usually needed in plentiful quantities.

AP7 was prepared to take on the ESG risk, says Ragnartz, via its emerging market investments as it made an effort at the same time to boost sustainability screening for these markets. For him, the biggest sustainability concerns have moved away from the established emerging markets onto “frontier markets”. Only time will tell if companies in these markets will be able look to those that came of age at the start of the century as beacons on the pathway to sustainability.