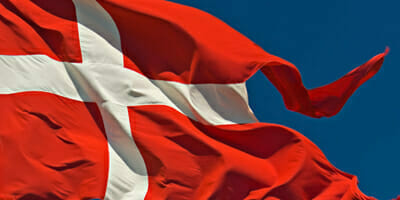 Despite upturns in equity and bond prices sending 2012 returns into double digits at many large Danish funds, it appears that successfully implementing infrastructure initiatives remains the holy grail of Danish institutional investing.

Instead of merely basking in 12.9-per-cent annual returns, Industriens Pension, for instance, used its 2012 results announcement to make a commitment to double its infrastructure and real estate investments to DKK10 billion ($1.73 billion).

That marks yet another move in Danish funds’ determined hunt for yield – many of the largest funds have set similar targets with PensionDanmark earmarking 20 per cent of its $23.9 billion portfolio for “stable alternatives”.

Bertel Rasmussen, partner at Copenhagen pension consultancy Kirstein, says “funds started off with infrastructure and private equity funds but have been going more directly lately. They are looking for Danish projects and co-investment in a very long-term commitment.”

Due to the limited investment choices defined by strict Danish solvency laws, funds are seeking to make the most of infrastructure, clubbing together to invest and push for public works opportunities.

PKA, for instance, now owns 20-per-cent stakes in two large offshore wind farms under construction, with PensionDanmark holding a similar-sized stake in one and Industriens Pension in the other.

Finn Rasmussen, chief executive of Mercer in Denmark, cautions that a detailed debate between funds and the government on the spread of risk in public-private partnerships needs to be resolved before domestic infrastructure investing can truly take off. And Bertel Rasmussen thinks that Danish investors’ drive in alternatives still has an experimental air to it.

That could be a reason why there has been some notable divergence in performance – even though funds can’t know from a single year’s returns if they have found what they are looking for. Industriens Pension lost over 7 per cent on its absolute return allocation in 2012; Frank Jensen, an analyst on PKA’s asset strategy team, stated that the fund has “not been satisfied” with year’s returns on its timber allocation; yet Danish giant ATP’s hedging portfolio outgrew the fund’s overall increase in liabilities with a return of $7.78 billion; and Finn Rasmussen believes it is simply too early for the hunt for yield to show in investment results.

While Danish funds bucked the global trend with positive returns last year, Finn Rasmussen says that on the whole they are close to clawing back from the blows dealt in 2008 and 2009.

Michael Nellemann Pedersen, investment director at PKA, says 2012 was an “extraordinary” investing year as decent returns were generated by the fund across all asset classes.

Results at PKA were boosted by a call made to hold on to government bonds in southern Europe during the worst moments of the sovereign debt crisis in 2012. An 18.1-per-cent return from these peripheral holdings pushed the output from nominal bonds above 10 per cent. PKA, which currently counts $35 billion in assets, gained 13.7-per-cent returns over 2012. The result comes on top of the 9.4 per cent it generated in the troubled year of 2011 when the average for investors in the OECD was a 1.7-per-cent loss.

Lønmodtagernes Dyrtidsfonds (LD) also reported decent returns from its fixed income portfolio, helping it to an overall result on its $9.1 billion portfolio of 9.9 per cent in 2012.

For Bertel Rasmussen, booming bond prices are a key reason that Denmark’s labour-market pension funds are shown in a Kirstein study to have performed better in the recent past than the country’s commercial funds.

Rasmussen explains that the generally more conservative (and fixed income-heavy) approach of labour-market funds has made them find their feet better in the low-returns environment after the financial crisis.

The same dynamics might explain another intriguing finding of Kirstein, that there has been limited correlation lately between high investment costs and high returns.

Danish funds saw equity holdings rocket in value in 2012. The asset class generated average returns of 13 to 14 per cent in Bertel Rasmussen’s assessment, with the $57-billion-investor Danica stating that its equity returns were above 15 per cent.

Industriens Pension generated 26 per cent from domestic equities, while a strong emphasis on domestic stocks also helped LD gain 19.3 per cent in 2013 from its combined listed and private equity bucket – figures that lifted the overall returns.

As with every booming market, those that moved early to tap last year’s upturn in equities were rewarded most. Benny Buchardt, investment director of PenSam, explained the fund’s 12.6-per-cent 2012 return for its traditional plans by saying “thanks to our strong focus on risk capacity, we have been able to invest in shares and corporate bonds from the start”.

Several funds have been increasing equity exposure since the autumn as their outlook gets more bullish, according to Bertel Rasmussen, with the confidence from the 2012 results further boosting risk appetites.

Finn Rasmussen argues, however, that equity investments “will not change too dramatically” due to the strict solvency rules that Danish pension funds operate within. “If it was up to the funds, they would already have moved much more towards equities”, he concedes.

The introduction of new unguaranteed life-cycle-pension products that allow members to define their own risk profile is, however, opening up the scope for greater equity investment in the long term, says Finn Rasmussen.

Don’t give up the hunt

Dorrit Vanglo, chief executive of LD, says that while assets across the board pushed returns close to double-digit territory at the fund, she is not counting on replicating the results in the future, noting that interest rates and bond yields seemingly can’t go much lower.

Finn Rasmussen agrees with Vanglo’s point on the bottoming out of rates, but notes with a chuckle that he was also telling people at the start of 2012 that interest rates had almost no room to fall.

Looking to 2013, “I would be very happy to get just half of last year’s result – 5 per cent, that is,” Vanglo says, adding that a future shock to bond prices due to a rise in interest rates is something to be wary of.

Danish funds’ sustained attempts to diversify and find yield thus looks the most predictable feature of the next few years. It might prove an informative exercise for funds in other countries also moving away from classic asset classes.

Certainly, it will add to the vast experience Danes have in low-risk investing. That could be a useful guide in a world where risk is seemingly being squeezed out of pensions – whether by force with the EU’s planned Danish-style solvency provisions or by the natural maturing of closed defined benefit schemes.