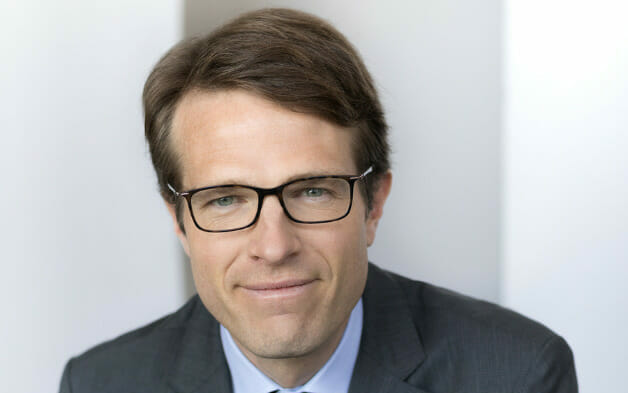 In a dynamic strategy, CDPQ deliberately hunts large, direct investments in new geographies where returns come from generating growth in the underlying companies.

Last year the portfolio returned 14.5 per cent, its highest absolute return in 1o years and streaked ahead of peers ploughing a record C$11 billion into transportation, energy and social and telecommunications assets but there is still much to do, explains Emmanuel Jaclot, executive vice-president, and head of infrastructure in an interview from CDPQ’s Montreal headquarters.

“We’ve got a lot of capital to deploy.”

The latest addition to CDPQ’s infrastructure portfolio, a 22 per cent stake in Dubai’s Jebel Ali Port, free zone and National Industries Park shows the skills Jaclot’s team now wield. Rather than wait for these crown jewel assets to come up for sale and bid in a competitive process, CDPQ’s close relationship with port operator DP World via existing co-investments in global assets including a container port and logistics park in Indonesia, meant the team knew the state-owned logistics giant was seeking to refinance debt.

CDPQ’s negotiation on price and terms focused particularly on ensuring the deal included a stake in the port and logistical zone. All the while working to ensure the deal wasn’t opened to other investors and remained CDPQ’s to lose.

“We suggested a structure where we buy a stake in the port and logistical zone. At any point they could have opened the process to other investors, but we managed to keep it a bilateral discussion,” says Jaclot. “It is significant that they have allowed a foreign investor to invest in their home port that is such a strategic part of the economy of Dubai.”

The C$5 billion deal comprises a C$2.5 billion equity investment alongside C$2.5 billion of debt in a balance Jaclot explains has been key to the process. Particularly keeping the debt levels low enough to ensure the deal remains investment grade and low risk in a climate of rising rates.

“The more debt you manage to raise, the better it looks for the equity return but it also increases the risk level, and we like to keep a low level of risk in our infrastructure portfolio.” Speed of execution during the recently completed debt syndication, important in the context of today’s markets, was also essential.

The investment also captures the key rationale that now drives infrastructure investment at CDPQ. The economics of the port, its revenue and margin, are uniquely tied to Dubai (the Jebel Ali facilities account for almost a quarter of the Emirate’s economy) and the wider region, set to perform well in the coming years boosted by factors like the region’s strong recovery from the pandemic and more recently, the surge in Russians seeking financial haven in Dubai.

The bulk of the imports coming into the port are for domestic consumption and industrial processes in the UAE and neighbouring countries, Jaclot explains.

“Our investment is generally correlated to the GDP of a zone that spans from South Asia to Africa, and we feel there are robust revenues and profits there. The region will have a slightly different growth path in the next few years to America and Europe.”

CDPQ’s infrastructure portfolio is playing a key role counter-balancing the impact of rising inflation. A fair portion of contracted assets include indexation to inflation while other regulated assets also comprise forms of indexation to inflation. The portfolio is also protected from rising rates and the cost of debt, he explains. “Fortunately, in most cases we have fixed or swapped interest debt, so we are not hit by rising interest rates in the short to medium term, until we come to re-finance. Net-net, inflation isn’t hurting the portfolio much and CDPQ wants to invest more in infrastructure.”

CDPQ tends to target deliberately large transactions, less competitive than the mid-market space, and is busy expanding into new geographies (investment in DP World was its first in the region) including Latin America while teams in India, Singapore, and Sydney scour for opportunities.

Importantly, the portfolio is also growing thanks to growth in the underlying portfolio companies as they build and develop new projects. A  process epitomised by CDPQ’s investment in companies like fast-growing US renewables developer Invenergy Renewables.

“We like to reinvest the cash-flow and create value within our portfolio companies,” explains Jaclot.

The focus on regions is based on the ability to scale investments and a local presence. For example, recently acquired transmission assets in Brazil, Uruguay and Peru are managed out of the Sao Paulo office, while opportunities in Indonesia are managed out of Singapore. “We are not a huge team so can’t be spread too thin but having our teams close to our assets is essential,” he says.

Decarbonizing the portfolio is another central seam, part and parcel of CDPQ’s initial target to reduce emissions across its entire C$419.8 billion portfolio by 25 per cent by 2025 linked to compensation, since expanded to target a 60 per cent reduction by 2030. Much of that ambition, keenly watched by carbon bean counters in the actuary and accountancy teams, has fallen on the shoulders of the infrastructure department via increasing exposure to green renewable assets. “We have been ahead of the curve; we got in early in renewables and ahead of the market coming in with higher valuations,” says Jaclot.

Rather than selling – and choosing not to buy – carbon emitting infrastructure assets, CDPQ has embarked on a slightly different path. Last autumn it created a $10 billion transition envelope to support decarbonisation in the main industrial carbon-emitting sectors.

“I’d much rather keep or take ownership of the asset and decarbonise it. We could sell our CO2 emitting assets, but someone else just ends up buying them,” says Jaclot. News regarding assets bought specifically to decarbonise will be announced shortly; elsewhere the fund  has shut down coal plants and replaced production with gas and solar in concrete decarbonization.

Still, the challenge of decarbonizing infrastructure like airports (CDPQ has a 12 per cent stake in London’s Heathrow alongside others including USS, GIC and China Investment Corporation) given most emissions come from the aircraft is increasingly front of mind. ““North of 95 per cent of emissions at most airports come from the aircrafts but human beings need to meet and travel to some extent. We are pushing to find solutions, even though they come at a higher cost such as sustainable aviation fuel. Heathrow is at the forefront of this initiative.”

Investing with DP World has also bought CDPQ’s commitment to the S and G of the ESG under scrutiny. The company attracted widespread criticism when it fired 800 British-based crew from its P&O ferries business.

“To be frank, the news of workers at P&O Ferries made us look even deeper for reassurance and we took comfort in the reaction,” he said, noting the subsequent settlement DP World reached with workers. He is also encouraged by the growing diversity of DP World’s workforce and improving health and safety at the company. Formulating strong views and daring to act on them have been critical success factors for Sweden's buffer fund AP1. And they will remain so going forward says CEO Kristin Magnusson Bernard.
Sarah RundellAugust 11, 2022

Current strategies to address climate change have been helpful in triggering innovations and greater awareness of the challenge but the truth is emissions continue to rise. Marissa Hall outlines meaningful change asset owners can make to tackle the issues.
Marisa HallJuly 15, 2022

Africa’s sovereign wealth funds demonstrate a growing sophistication as they seek to conform to international governance practices and pledge to boost co-operation and co-investment across the continent and around the world.
Sarah RundellJuly 12, 2022
View more articles