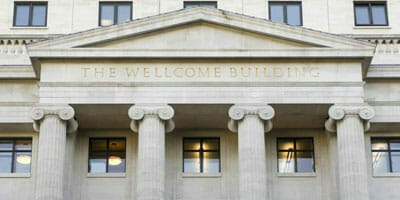 Sir Henry Wellcome, the early twentieth century pharmaceuticals magnate (pictured below), would be pleased with how well the London-based charitable foundation that bears his name has weathered the global downturn. The Wellcome Trust (WT), which supports medical research in Britain and around the world, reported a total return of 12 per cent for the year to the end of September 2012, boosting its portfolio value to £14.5 billion ($23.2 billion). Since 2009 the WT – based on London’s traffic-clogged Euston Road – has returned a total of 27 per cent, while continuing to reduce its previous overexposure to UK and eurozone assets.

Peter Pereira Gray, the investment division’s managing director, says his team starts with the advantage in volatile markets of having no strategic asset allocation. “It allows us to operate a little differently from typical financial markets-led funds,” observes Pereira Gray. The WT has also benefited from the decision in 2006 by its new chief investment officer Danny Truell – with the investment committee’s support – to rectify what his deputy Pereira Gray calls a “distinct home-market bias”. Today, just 6 per cent of the WT’s assets are in the UK, compared with 33 per cent in 2006. Over the same period, the portfolio’s exposure to Europe as a whole has shrunk from 48 per cent to 13 per cent. In contrast, global investments outside North America, Europe and Japan account for 41 per cent of the portfolio, more than triple the proportion in 2006, with an emphasis on faster growing developing markets such as Brazil and India.

The way to illiquidity

The WT’s strategic shift out of Europe, however, has been carefully paced to negotiate the shocks and aftershocks of the 2008 market crash. “We didn’t see the full extent of the financial crisis that was coming, but we did see the risk, and hence we built up our cash position going into 2008,” recalls Pereira Gray. Between September 2007 and 2008 the WT’s holdings of cash and bonds grew from 5.4 per cent to 9.3 per cent of the portfolio, with a further rise to 13 per cent over the following year. Since then, the WT has become steadily more illiquid, with cash and bonds only accounting in September 2012 for 3.9 per cent of all assets. Pereira Gray declines to specify the amount of liquidity his team is required to hold, but the investment committee endorses Truell’s focus – reiterated in December – to seek long-term “premium returns from illiquid assets”.

Those assets cover three broad asset classes: property, private equity and hedge funds. Real estate, representing 10.6 per cent of the portfolio, typifies the WT’s general move to “a fewer number of larger positions,” says Pereira Gray, who before joining the Wellcome in 2001 was director of property fund management at the Prudential. Since 2006 the WT has sold off almost all its commercial real estate, while 90 per cent of its residential portfolio is invested in just four assets: about 1600 freeholds in the affluent southwest London district of Kensington; some 1500 freeholds spread across southeast England, the UK’s richest region; a UK student housing joint venture with property management firm Quintain; and investments in German residential real estate.

Like other UK property funds, the WT has capitalised in recent years on the continuing rise in upmarket residential real estate prices across London and southeast England. Since 2009, the directly owned residential portfolio has achieved an average annualised return of 15.2 per cent, rising to 17.8 per cent in the year to September 2012. At the same time, the WT continues to wind down its stakes in external property funds, which have performed less well in the same period, due in part to excessive bank lending.

Private equity, which amounts to 27.5 per cent of the total portfolio, is another illiquid asset class in which the Wellcome WT is a strong believer. Both Truell and Pereira Gray argue that the best funds in this sector will continue to produce superior long-term returns to public equities. So far, they have largely been vindicated, despite the improved performance of equities in 2012. In the three years to September 2012, the WT’s private equity portfolio achieved an average annualised return of between 10.3 per cent for distressed private equity and 13.3 per cent for large management buyout funds, compared with a return of 7.7 per cent over the same period by the MSCI World equities index. To sharpen its expertise in this sector, the WT last September appointed Damon Buffini, former chairman of UK private equity firm Permira, as a governor.

Hanging on to hedge funds

The WT has also kept faith with its hedge fund investments, accounting for 16.1 per cent of the total portfolio and total exposure of about $4 billion. Yet like other investors, the WT is wary of backing the many hedge fund duds. Since September 2007, the WT has more than halved the number of its invested hedge funds from 56 to 24, in line with its strategy of consolidating assets. Pereira Gray argues that the remaining hedge fund assets are worth holding in the long term for three reasons.

For a start, he says, the best hedge funds are very well run and offer excellent returns. Again, the WT’s own balance sheet supports Pereira Gray’s thesis. In the year to September 2012, four of the WT’s long/short equity funds produced annualised returns of 30 per cent by deftly exploiting the uneven recovery in global stock markets. Overall, the WT’s hedge fund assets delivered a 9.5-per-cent return for the year, with only managed futures funds (minus 1.3 per cent) a disappointment.

In second place, Pereira Gray says the WT’s long-term hedge fund investments dampen volatility in the portfolio as a whole, which would otherwise be more vulnerable to swings in equity markets. Lastly, Truell and Pereira Gray see hedge funds as an additional source of liquidity. “When you have a mature portfolio of hedge funds, it is effectively a liquidity pool, because you can typically get your money back on three months’ notice,” says Pereira Gray.

Meanwhile, the fund has another potential source of liquidity in the form of about $10.5 billion invested in public equities. Equities today represent 42 per cent of the portfolio, compared with 62.5 per cent in 2006. The WT also now directly manages about 40 per cent of all equity investments, up from 35 per cent in 2009 – although not in markets like Brazil, India and sub-Saharan Africa, where it employs external managers with local knowledge. These markets, called “faster growth” by the WT, have in fact held back the overall performance of the stocks portfolio over the past three years, with the Wellcome WT scoring an annualised return for the period of 7.2 per cent, slightly less than the MSCI World equity index. Pereira Gray is not unduly disturbed, pointing out that all the fund’s equity investments are driven by a focus on underlying earnings rather than the share price. “We are not driven by relative returns,” he says.

As he emphasises, the WT does not regard its investment strategy as marking it apart from other endowments and charitable foundations. “We are not a bunch of mavericks,” says Pereira Gray, but a “long-term absolute return investor”. What is plain, though, is that the WT has been more nimble than many institutional investors in sidestepping the storms that have buffeted global financial markets since 2008.

Its agility has allowed the WT to meet the only benchmark that matters – delivering ever-greater sums to finance increasingly expensive medical research. Between 2012 and 2017, the WT forecasts that it will be able to spend about $5.6 billion on charitable activities, a 25-per-cent increase over the previous five years. Such a figure was beyond the dreams of the Wellcome’s original trustees, who began work in 1936 (the year of Sir Henry’s death) with no offices, no staff and just £74,000 in the bank.

External equity: A worry at Wellcome