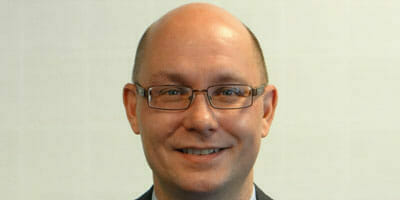 2012 was a year of battles for European pension funds. An ongoing war was waged against a severe regulatory challenge from the European Commission in the shape of Solvency II-style legislation. Aside from the uncertain struggle of that campaign, major European investors gained plenty of credit from standing up to corporate boards in the “shareholder spring”.

The prolonged offensive against perilous funding states also saw some notable success with pleasing, if not spectacular, returns.

Top1000funds.com spoke to Matti Leppala who, as secretary general of Pensions Europe, is effectively European pension investors’ commander-in-chief, to hear some tales of a momentous year. Pensions Europe is an umbrella organisation of national pension fund associations in 20 European countries.

Leppala criticises the “false sense of security” behind the framework of the review, which assumes that pension funds can boost their solvency by becoming more reliant on government bonds.

While Leppala adds that the days of pension funds in the UK or Netherlands having most of their assets in equity markets are over due to the de-risking of schemes, the proposed IORP directive review threatens an unwelcome jolt to the investing landscape. “We think pension funds should be able to take risk in the long term and provide capital for growth and employment”, says Leppala.

He argues that at a time when banks and insurance companies can’t invest in riskier assets, denying pension funds the right to step into their place would both close the door on a valid investment opportunity and threaten the struggling European economy. A healthy European economy is in turn vital for any investing strategy, he points out.

A final lobbying push is in store over the next few months, with the European Commission set to outline a final proposal for the review in June or July 2013.

What’s wrong with the directive

Leppala regrets that a “political exercise not based on facts” could transform the well-established European institutional investing landscape.

An apparent failure to appreciate the differences in pension markets across Europe or between pension fund models is another point that irks him in the proposals. “It’s a very diverse landscape in the way investments are run and the needs differ wildly between huge Dutch funds and small Irish defined-contribution schemes, for instance,” he says.

The experienced Finn rejects a view, however, that politicians have turned against investors en masse since the crisis. Plenty of support for investors’ priorities can be found in the opposition from the European parliament to the likely nature of the changed IORP directive, as well as a unanimous front against this from British politicians, employer groups and unions.

It remains to be seen whether this support has any impact where it counts – at the European Commission.

Leppala sees some positive political influence away from the IORP debate, with attempts by governments to encourage pension funds to invest in long-term projects, such as the UK’s infrastructure fund that began to take shape in 2012.

The short-term attraction of European governments struggling with sovereign debt to pension-capital concerns remains an additional threat to investors across the continent, explains Leppala. The nationalisation of Hungarian pension funds and redirecting of pension capital from investors to the state in Poland, Slovakia and Ireland are all cited as instances of this.

A return to some normality in bond yields towards the end of 2012 has of course relieved many investors faced with difficult choices on their holdings of troubled high-yield bonds and low-yielding core bonds.

The possibility of a further calming of the European sovereign-debt waters in 2013 opens the door for pension funds to profit from their government bond holdings, while playing a positive part as investors in the healing process, says Leppala.

Leppala perceives 2012’s “shareholder spring” as a definite sign that Europe’s institutional investors are beginning to throw their weight around as shareholders. A number of companies in Europe and the US saw their executive pay plans rejected by institutional investor-led shareholder rebellions, while heads rolled at the top of other firms. He sees major pension funds in the Netherlands, Scandinavia and the UK as driving forces behind European investors’ new taste for shareholder activism, and also cited the UK’s Stewardship Code and the participation of European investors in US class-action suits as underlying signs of a shareholder awakening.

In Europe, he stresses that “many countries are very undeveloped” on shareholder activism, particularly in countries without very large investors lead the way. Being a large investor brings increased public scrutiny along with capabilities for activism, Leppala says.

Differences in the definition of investors’ fiduciary duty explain why many European investors still appear to take a back seat on activism, compared to their North American or Australian counterparts, Leppala reckons.

A healthy year for European equity markets has relieved the pressure on several pension funds that had faced funding difficulties in the aftermath of the financial crisis. “I think there is a breathing space now, there is confidence, which is very good,” said Leppala. He spoke on the same day that the Austrian pension fund association, one of Pensions Europe’s member groups, revealed that the country’s funds returned 8.39 per cent on average in 2012, as opposed to minus 3 per cent in 2011.