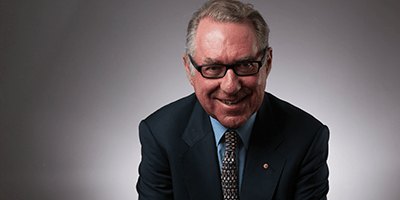 Since becoming chair of the $80-billion Future Fund in March, David Gonski has set an agenda to act like a public company chair. An element of that vision is to very clearly delegate to management.

“The general manager has been elevated to a managing director and the six-monthly announcements will be his,” he says.

Another part is to clearly provide the board with the information it needs to make good decisions and setting up a committee structure is part of that process.

“A chair is given the role to organise and be a conductor of a board that has to make decisions, give the board information to make decisions, cultivate discussion, and focus on a decision that’s relevant and timely for the organisation… I’ve brought the same thinking as to what I do in a publicly listed company, I think you need a complete committee structure on our board,” he says. “What I inherited was an active audit committee and a board, since then I have established a risk committee, a governance committee, a remuneration and appointments committee, and a conflicts committee. All of these committees are manned and womaned by people from the board. I asked them to get very involved in what they’re doing and they’ve come to it wonderfully. We’re evolving, we started with one man with a vision with a good concept given to him by government and we need to take it from maturity to blossoming. And this is the way I think we need to do it.”

Gonski is speaking from experience. As well as chairing the Future Fund, he is the current chair of Investec Bank Australia, chair of the Sydney Theatre Company and chancellor of the University of New South Wales. He’s also been the chair, board member or adviser for the ASX, Coca Cola Amatil, ING, Consolidated Press, Transfield Holdings, Westfield and John Fairfax, the Australia Council, and the Art Gallery of New South Wales among others.

The simple principles of governance

He has some clear views on what makes good governance and what makes a good chair, and it’s pretty simple.

The first thing for the chair is to work out the structure for how the organisation will be governed, he says. Once the structure is in place, then the job is to hire people and in particular designating who the chief executive will be and working out the relationship with that person.

“Then once you’ve worked that out, you need to nurture it and police it. It is quite often difficult to run that role of nurturing and being a policeman at the same time. A chair also has to keep egos in check and make sure it’s the organisation that’s more important than our own ideas and standing,” he says.

Gonski believes the principles of governance are the same no matter what type of organisation, however there are often different stakeholders and that may require some sensitivity.

“You need to deal with them all with dignity and suitable listening to, but you have to manage and operate in a proper way.”

Gonski, who at 25 was the youngest ever partner appointed to law firm Freehills, also had his first board position at age 27. In that time he says he’s seen all types of chairing styles.

“I’ve seen influencing and absent chairs, and both in my opinion are wrong,” he says. “You need to be involved as a chair but you also have to pull yourself back, you have to give people some rope because if you don’t they’re too dependent on you. I expect people who work with me and alongside me and underneath me to be contributing, and when they do, they deserve all the accolades; it’s not just my organisation.”

Gonski says a chair should clearly know what his or her role is, which is sometimes difficult, and try to fulfil that role without doing the jobs of others.

They also have to know their strong points and use them.

“The worst chairs are people who try and do a role like someone else did but they don’t have that prowess. All chairs have strengths and you should play on them within the role that’s designated for you,” he says. “All people know how to work through with people, but sometimes our egos get the better of us. What I’ve been able to do is keep my ego in play, I’m just a cog in a very big wheel, I’m just a player in a much bigger group wherever I am – whether a chair of a stakeholder. It doesn’t matter if you get all the kudos, or if your ideas seem to work, but you should relish the team situation, be discrete and trustworthy.”

While he says there are some very clear cut cases where there would be an obvious advantage to sit on multiple boards – such as sitting on two of the four major trading banks in Australia – for the most part he says perceived conflicts can be dealt with.

“You need to be totally open about it, the biggest problem is to hide it. You should trump it, and say this is what I am and then it’s up to others, including the chair, to work out whether they are happy to live with it,” he says.

“I have had to live with conflicts of interest. My experience is if you’re transparent and there’s a procedure, it often ends up better. I have some doubt that it’s a conflict to sit on multiple boards of super funds. Decision-making is the key, boards can structure themselves to deal with conflict.”

Gonski says he is “absolutely categorically” in favour of a diverse board including gender, age, geography and education.

“The worst boards I’ve been on were where the other people were clones of me. I wasn’t pushed to the mettle, most people agreed with me because we had the same backgrounds and experience. Diversity is very important – it’s not just gender, but gender is very important. To just select only from 48 per cent of population is ridiculous – we have a small enough population as it is, [so] we should select from 100 per cent.”

Gonski supports equal representation on superannuation boards, with a caveat.

He speaks about his experience on the University Council, which had representatives from all over the university including the students.

“The problem is definitely not that it draws people from all over the place; it is good to have diversity. Most important is the question of representation. When you sit on a board, you sit there for the organisation, you need to put aside representation and this is something people find quite hard,” he says.

“If you ask me do I support having people from different walks of life on the table, then I’m in favour. But if they sit as a representative council, then it’s a flawed model. Once you sit there, however you came, you’re there for the organisation. If the chair says it’s confidential, you tell nobody; when you vote, you vote for the benefit of everyone at that organisation.”