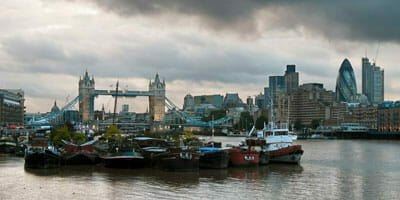 The London Pensions Fund Authority (LPFA), among the largest of the United Kingdom’s Local Government Pension Schemes, is spearheading a bold idea.

The £4.2-billion ($6.74-billion) scheme is pushing the notion of combining with London’s other 34 local authority funds into a single, giant scheme. The $32.13-billion superfund would pack more punch as a single investor, slash asset-management costs and encourage specialist, inhouse investment expertise.

“It’s time to think, is this the most efficient way to do things?” says Mike Taylor, chief executive of the LPFA. “I’m pretty confident that nobody in their right mind would invent 34 different authorities to do the same thing.”

It is fitting the LPFA takes the lead in a drive for consolidation. It has grown through a series of mergers since rising out of the ashes of the abolished Greater London Council 25 years ago. Back then, the scheme’s only task was to look after the pension liabilities of the GLC and the Inner London Education Authority. Now it pays the pensions for another 200 London-based organisations and carries out third-party pension administration for other authorities, including Westminster and Hertfordshire, and local service providers such as London Fire Brigade.

“I’ve only ever worked in pensions”

The LPFA has a fund membership of 77,000 and was divided into two sections in 1993: a $4.18-billion Active Sub-Fund for current employees open to new members, and a $2.4-billion Pensioner Sub-Fund, comprising employers who no longer have contributing members.

The active fund targets 8-per-cent returns to ensure a fully funded position over the next 20 years, says Taylor, who joined the LPFA in 2006 from Surrey County Council. “I’ve only ever worked in pensions,” he says.

The scheme, run by a four-strong investment team, doesn’t manage any of its own assets and has “no desire” to do so. Instead, MFS Investment Management and Newton Investment Management run the 70-per-cent global equity allocation in the active fund with portfolios of 80 to 100 stocks a piece. The portfolio is judged against the MSCI All Countries Index, weighted towards emerging markets. “Less than 10 per cent of our stock allocation is in UK equities – we are seeking exposure to higher rates of GDP growth,” says Taylor. The remainder of the Active Sub-Fund is split between diversified assets comprising global property (6 per cent), global infrastructure (5 per cent), commodities (3 per cent), hedge funds (2 per cent), an Opportunity Fund (2 per cent), with the remainder in cash.

“People are living so much longer…”

The Pensioner Sub-Fund, paying money out and with much shorter liabilities, has a 20-per-cent equity allocation and an 80-per-cent active-bond allocation, run by European Credit Management, among others. Despite its bid to ramp up returns with active management, the pensioner fund will still fall short of its commitments. “People are living so much longer; we will have to go to the taxpayer to fund a 20-per-cent shortfall here,” says Taylor, who harbours concerns about the government’s approach to the “longevity crisis”. Plans to raise the level of employees’ pension contributions could lead to “significant numbers” opting out of public sector schemes, threatening the active fund’s maturity profile, which is already suffering from falling contributors. “We’ve argued with the government to stop this,” he says. His alternative is a 50/50 scheme in local government where employees pay half their current contributions and get half the benefit.

“Returns are coming in much more slowly”

The LPFA has not escaped the other crisis buffeting pensions. The Active Sub-Fund returned only 2.2 per cent last year. Over the last 10 years returns have been closer to 4 per cent, although for three years they hit 12 per cent. Tumultuous markets have resulted in a more “vigilant supervision” of the fund’s strategy, admits Taylor. “We’ve recovered and pulled back to par, but we’re definitely monitoring more.”

He still believes the best long-term returns will come from global equity, although the fund plans to shift out of it. It accounts for 14 per cent of the equity allocation and is managed through three fund-of-fund managers – Harbourvest, Pantheon and LGT. “Private-equity cash flows have not been what we expected; returns are coming in much more slowly,” he says, adding: “We are not a distressed seller. We’ll hold it until the cash flow comes right.”

Similarly, the fund’s infrastructure investment will be skewed away from private equity models and the recent trend for returns via the sale of infrastructure assets. Now the emphasis is on long-term, inflation-linked cash flows, he says. The LPFA is also keeping an eye on distressed debt opportunities, where some of the big European pension funds are already prowling. The financial crisis hasn’t dimmed his enthusiasm for responsible investment either. Environmental, social and governance investment across all asset classes includes sustainable forestry, renewable energy and recycling plants, and accounts for 8 per cent of total assets under management. Here managers include BNP Parisbas, Foresight Energy, Impax and Sarasin & Partners. “ESG really does mean the best overall return,” says Taylor, although he admits European governments’ dropping generous renewable energy feed-in tariffs was “difficult.”

ESG doesn’t stop him sizing opportunities in contentious sectors either. Once methane emissions released during the fracking process are safely dealt with, he believes shale gas could be the next big thing. “It could be the answer to the west’s energy problems – it would see massive investment if they cleaned it up,” he enthuses.

With Taylor’s lead, it’s hardly surprising the argument for local-authority pension consolidation is gathering momentum beyond the confines of London. Talk of the benefits of pooling the entire $241-billion Local Government Pension Scheme, currently administered by 101 often tiny local authorities from Cornwall to Scotland, is now heard in some quarters. “I try and put things simply to get across our concerns,” he says.