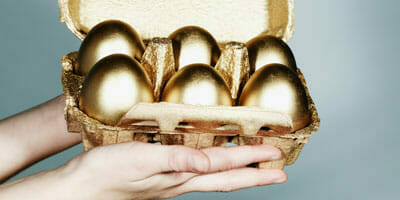 Denmark has blitzed the pension-system competition, being awarded the first Mercer Global Pension Index A grading. In the process, it has relegated the Dutch and Australian systems to second and third places, respectively, after four years.

More than 80 per cent of the working-age population is covered by the nation’s pension system, the contribution rate is 12 per cent and assets put aside for the system are 150 per cent of GDP.

In addition, Knox says the Danes have relatively few funds so they can reap the cost benefits of economies of scale through administration and also through participating in large-scale investment deals.

While the Mercer index rates countries on their systems – not the individual funds within the country – it is worth pointing out that the $98.4-billion Danish ATP fund is widely recognised as one of the best funds in the world.

It has a mission of matching assets and liabilities, and is managed in two distinct portfolios: hedging and investment or return-seeking. It’s the hedging portfolio, which hedges as closely as possible the interest-rate exposure of the fund’s pension liabilities, that allows the fund to sustainably pay its beneficiaries. See article here.

Lars Rohde, chief executive of the fund for 14 years, has been appointed the new governor of the country’s central bank. Replacing him at ATP remains a challenge for the board.

While it moved to second place, the Dutch system improved its rating from 78.9 to 79.9 this year, with improvements in both the adequacy and sustainability ratings. The Dutch system is in the middle of major reform discussions, with a likely move away from its current defined-benefit structure to a “defined-ambition” one. See article here.

The Australian system improved its score slightly from 75 to 75.7, primarily because assets as a percentage of GDP improved and, with the slated guaranteed contribution increase of 9 to 12 per cent, Knox says he expects the Australian score to gradually improve.

However, he said that regulatory reform, particularly as it applies to the provision of an income stream, will be needed in order to improve the rating further.

From an asset-allocation point of view, the main point of difference was the allocation to equities. Both Denmark and the Netherlands have less than 20 per cent in equities across the system. Australia has one of the highest allocations to equities of the OECD countries, with more than 45 per cent.

Each year since inception, the index has been tweaked slightly. This year an integrity question was added. Using the World Bank’s worldwide governance indicators, a “governance of governments” was measured.

“We want people to trust the long-term pension systems, and that means they have to trust the government to not change the system,” Knox says.

The global coverage has also expanded every year with the number of systems covered growing from 11 to 18 in the past four years.

Denmark and Korea were added this year, and last year it was Poland and India.

The index is calculated by assigning values to adequacy, sustainability and integrity. About half of the index questions are sourced from international groups, such as the IMF and the OECD, while the other half are sourced through Mercer.

It is produced by Mercer and the Australian Centre for Financial Studies and funded by the Victorian State Government.

The full report can be accessed below.