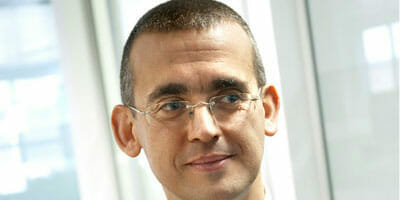 Complexity is, well complex. And as trite as that sounds, it’s something investors, even professional investors, don’t understand well enough, according to Tim Hodgson, head of the Thinking Ahead Group at Towers Watson.

The Thinking Ahead Group (TAG), as has been reported here before, gets paid to think – a gig conexust1f.flywheelstaging.com is envious of. In the past year or so, the focus of that thinking for the group, based in London but with representatives from Towers Watson around the world, has been on complexity, risk and sustainability, producing multiple papers that reflect those themes.

“We don’t understand complexity well enough,” Tim Hodgson. “The CFA is still teaching modern-portfolio theory but today that is not a good model to describe the world. I’ve drunk the complexity Kool-Aid.”

The group, which has now also been recognised internally by the Towers Watson insurance group and will be hiring two new members, doesn’t look at traditional risks and opportunities but recognises that the world is interconnected, and that politics, economics, society, the environment, technology and finance all interact in different ways.

One of their recent papers, The Wrong Type of Snow, has this notion of complexity underpinning it and basically surmises that “risk could be more wild than you’re planning for”.

Similarly the paper, We Need a Bigger Boat, which describes the detailed Telos Project done in conjunction with Oxford University, is premised on the fact the world is on the cusp of significant economic, political and capital-market transformations.

This is seen through market deleveraging, increasing resource scarcity and degradation, and an ageing population, all creating an “extra dimension”.

The relevance for the industry is that the paper says the portfolios and strategies judged to be well suited for present-day conditions will prove unsuitable in the future.

“My working hypothesis is it’s hard to create returns given this environment, so it’s better to manage expectations,” Hodgson says. “I’m known for being a bit bearish.”

While Hodgson describes those two papers as “weighty documents”, TAG has also done some “lighter stuff” including a paper called The Impossibility of Pensions, which concludes that not only are past returns not a guide to the future, they are not even a reliable guide to the past.

If that’s not complex enough, then there’s the paper The Irreversibility of Time, which Hodgson describes as “potentially geeky” and has the sub-title Why you shouldn’t listen to financial economists.

This paper found the theoretical underpinning for 2009’s Extreme Risks paper, which identifies 15 extreme risks, and when it was updated last year, two new risks were added: resource scarcity and infrastructure failure.

“There is an assumption in finance that we have infinite lives and we live them in parallel. It’s a version of the St Petersburg paradox. But actually we should run these events in series not in parallel. Arithmetic average is used because it’s easier, but it’s only an average.”

“If there’s a finite supply of investment projects, then when you move money chasing them, it will increase the price, which equals less than return. We aim to challenge people’s mental models,” he says.

And that can only add to the tool kit for decision-making.

economics, Extreme Risks, FISTW, head of the Thinking Ahead Group at Towers Watson, omplexity, politics, risk, society, St Petersburg paradox, sustainability, technology and finance all interact in different ways., Telos Project, the environment, The Impossibility of Pensions, The Irreversibility of Time, The Wrong Type of Snow, Tim Hodgson, We aim to challenge people's mental models, We Need a Bigger Boat, Why you shouldn't listen to financial economists.