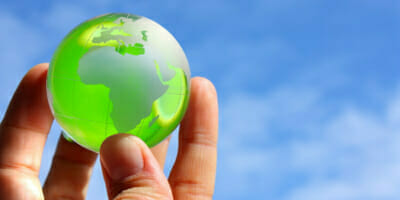 Amid calls from global leaders for pension funds to invest more in the green economy, institutional green investments still languish at less than 1 per cent of portfolios.

A recent OECD report looks at some of the barriers facing investors wanting to invest more in the sector, with regulatory uncertainty and a lack of suitable financial products key hurdles.

Sharan Burrow, the head of International Trade Union Confederation (ITUC), is one of those calling for more investment from pension funds.

Burrow says that green investment will lead to green jobs and the ongoing viability of pension funds themselves.

The ITUC recently released research claiming that 48 million jobs could be directly created if green investment was lifted to 2 per cent of GDP in 12 countries over the next five years.

It is “sound business management” to consider how investments would impact jobs and, therefore, future inflows into the pension industry, Burrow says.

“If you see diminishing jobs in your own industry and backyard, which means less money is flowing into your industry, then that has got to be a consideration of risk that would feed into any notion of fiduciary responsibility,” she says.

“It would, therefore, stand up that funds must be conscious of where their own investments may drive a more secure environment for the industry itself.”

The ITUC has identified a tipping point of a 5-per-cent allocation of portfolios to green investments, which it believes would provide enough critical mass to ensure confidence in green investments.

Burrow says the ITUC is pushing to reach this 5 per cent allocation target by 2020.

The OECD report handed down in late 2011 reveals that the industry is a long way from this goal.

“Pension funds and other institutional investors will not make an investment just because it is green – it also has to deliver financially,” the paper finds.

Estimates of how much money would be required to mitigate the effects of climate change vary wildly. The World Economic Forum has estimated that the clean-energy investment necessary to restrict global warming to less than 2°C would be $500 billion per year by 2020.

Another barrier to investment is the lack of financial instruments that would enable long-term-focused institutional investors to make these types of investments.

Researchers find governments could play a role in this regard by ensuring an adequate flow of investment-grade deals at appropriate scale are available.

Public finance could also be invested alongside private capital and there are a range of partial guarantees or subordinated equity and debt arrangements that could make green investing more attractive.

The market size of green bonds is approximately $15.6 billion with these fixed-income securities typically issued as AAA-rated securities by the World Bank, development banks and other entities focused on raising capital for green investing.

The current market in green bonds represents 0.017 per cent of the capital held in bond markets.

“There is clearly scope for scaled-up issuances of green bonds (at least in the tens of billions per year) but if this capital is to be raised through a thriving and liquid green-bond market, transparent politics based on long-term comprehensive and ambitious political commitment is needed,” the report states.

How to go green

However, some of the problems around investing in green infrastructure are not particular to this sector of the economy and are shared by the broader asset class.

Researchers make the point that problems around high fees, a lack of transparency and additional social, political and regulatory risks associated with infrastructure investments also hold back further investment in green infrastructure.

Governments can play a role in this by encouraging infrastructure investment through a range of regulatory and investment incentives.

The report notes that there is potential for countries to leapfrog the development of others through attracting capital to allow them to nimbly make the transition to a green future without the constraint of being tied to old fossil fuel-hungry infrastructure.

The focus on ESG and socially responsible investment and the growing push from asset managers to meet this demand is also muddying the waters of what is a green investment.

The OECD has started working on defining and measuring foreign direct investment as a way of offering support to governments in evaluating the effectiveness of policy.

The researchers say this has the potential to assist pension funds to arrive at a common understanding of what a green investment is.

A potential solution to this problem could involve a recognised ratings agency that could provide analysis of green bonds or funds to ensure that monies are used for green investments.

A backdrop to push for more green investments is the question of the role of pension funds and what their fiduciary duty is when it comes to ESG investments.

Burrow is unequivocal when it comes to what trustees’ fiduciary responsibilities are.

“The world has no choice to change. There are simply no jobs on a dead planet and that means no industry and investment is irrelevant,” she says.

Expanding fiduciary duty to take in consideration of ESG issues and the broader impact of investments is a hotly debated topic in investment circles.

At a UN-backed investor summit in January, CalPERS chief executive Ann Stausboll called for funds to look beyond just returns to members and push for broader environmental and social action on such issues as climate change.

Other investors, such as Swedish buffer fund AP7, go as far as saying that returns are a secondary consideration to ensuring that investments meet the ethical values of members.

Opponents of this broadening of fiduciary duty beyond the aim of maximising financial returns for members within acceptable risk parameters point to the difficulty in making assumptions around what the values and ethical standards of members are.

Funds may also be taking on an unseen opportunity cost through allocating capital to green investments when other types of investments may generate better returns to members.

Like the OECD, Burrow sees a much bigger role for government in providing a catalyst for investment, saying they must drive a new “new global stewardship” of the world economy.

“We believe that the combination of patient capital and regulatory certainty, where government has to play a role, will mean that these investments will indeed be secure, but also profitable, and contribute to a future where our world is much more sustainable,” Burrow says.

“The issue is what the role for government is, and governments must find a new stewardship of the global economy. We are not suggesting that all of this money should come from government. Obviously, it must come from investors and a mix of private and public capital, depending on the context.”

The ITUC-commissioned research Growing Green and Decent Jobs , which identifies the potential impact of green investing on job creation, was conducted by the Millennium Institute.

The researchers attempted to construct a “green job creation benchmark” for particular industries that could act as a guide for the effectiveness of green investment.

The analysis looked at low, middle and high-income economies, with the institute analysing green-investment scenarios in seven industries.

These included energy, construction, transport, manufacturing, agriculture, forestry and water. The number of jobs created was measured through what researchers describe as quantitative simulations that looked at direct job creation.

A simulation of green investments for a particular country involved a 2 per cent of GDP investment in four key industries over a one-to-five-year time frame.

Industries selected vary via country and the research did not take into account potential job losses resulting from a reallocation of capital on this scale.