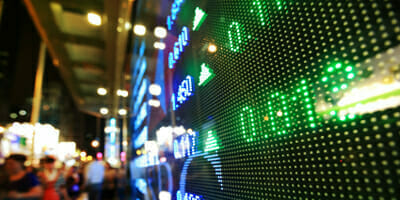 US companies are failing to meet a 10-year roadmap to sustainability and some sectors globally are ‘inherently unsustainable’ requiring a drastic refocus, according to two separate reports released this week by leading sustainability research firms Ceres and EIRIS.

The 21st Century Corporation: The Ceres Roadmap to Sustainability measures how companies are responding to environmental and social challenges such as climate change, water scarcity and supply-chain conditions.

Researchers found that some of the 600 companies assessed were showing leadership but overall there was significant need for improvement.

The report, conducted in conjunction with Sustainalytics, was launched at the Ceres annual conference in Boston last week.

“We see it as a world of opportunity for companies to improve competitiveness, realise large savings through energy efficiency, invest in their workers, strengthen their supply chains and, in many sectors, reap the benefits of the enormous investment opportunities in clean technology and clean energy,” they write in the report.

According to a press release, Anne Stausboll, chief executive of CalPERS, echoes the sentiment, saying: “The future will belong to innovative companies that understand that building long-term shareholder value and being an industry leader requires the integration of sustainability principles at every level, from the C-suite to operations and throughout supply chains.”

Ceres directs the Investor Network on Climate Risk (INCR), which includes more than 100 institutional investors with about $10 trillion in assets.

Andrea Moffat, vice president of corporate programs at Ceres, says there is an opportunity for institutional investors to proactively ask companies about their environmental, social and corporate governance (ESG) risks and opportunities.

“Companies respond when their owners ask questions but they are not hearing from enough investors. The Roadmap to Sustainability analysis indicates that investors have a significant opportunity to engage directly with companies on their sustainability disclosure in financial filings, annual meetings, investor road shows as well as ensuring that boards of directors have clear oversight,” Moffat says.

“If environmental and social performance was raised as part of every investor engagement with business, we would expect to see a much larger number of companies developing sustainable business strategies that account for their full range of risks and opportunities.”

The analysis reveals some significant differences in the extent to which companies are on track to tackle these.

“Investors need to be aware of these differences and also the initiatives, drivers and strategies which are likely to be the most effective in engendering improvements in corporate sustainability performance,” the report states.

For example, ExxonMobil, the world’s largest oil and gas company by market cap, only ranks 41 out of 84 companies in that sector and so does not show the same level of leadership as some of its smaller peers.

Similarly, Apple, ‘one of the world’s largest companies and a financial superpower’ scores D in EIRIS’ analysis, which places it among the worst performers of the technology hardware and equipment sector.

EIRIS works with more than 100 asset owners and asset managers globally to create customised ESG ratings, engaging with companies and creating specific funds for their clients.

In the Ceres report’s four-tier assessment system, just a quarter of all companies surveyed were in the top two tiers for progress on governance, while 24 per cent achieved some degree of meaningful stakeholder engagement.

On corporate-performance metrics, only 13 per cent of the companies evaluated on human rights policies and programs were ranked in the top two tiers. And just a third of the 600 companies had time-bound targets for reducing greenhouse gas emissions in direct operations.

However, there were some companies that stood out for their leadership.

Alcoa, Xcel and Intel were noted for sustainable corporate governance practices; Baxter and Ford were setting a high standard in stakeholder engagement; and Exelon, Nike and the Coca-Cola Company were ahead of the pack in performance on metrics for reducing environmental impact and improving workers conditions.

Intel is cited specifically for linking executive and employee compensation to company environmental goals such as reducing energy use and greenhouse gas (GHG) emissions; in the two years since it started the program, the company has cut energy use by 8 per cent and GHGs by 23 per cent.

Coca-Cola is credited for being on track to meet its ambitious performance goal of improving water efficiency by 20 per cent by the end of this year (against a 2004 baseline).

EIRIS has applied its sustainability-ratings research methodology to measure the sustainability performance of 2063 companies from the FTSE AWD Index.

It identifies the top 10 leaders and their business categories as: