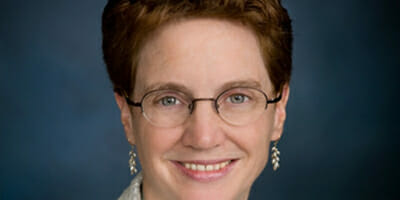 Tackling the 65-per-cent-funded status of the Maryland State Retirement and Pension System has resulted in the bold political move to boost employee contributions while a long-term plan to increase allocations to private markets is part of a push to hit the system’s 7.75-per-cent-return target.

The system is more than 10 per cent below the average funded level of US public pension funds and both state politicians and the system’s board have put in place programs that aim to have the system reach 80-per-cent funding by 2023.

Sam Riley speaks with the Maryland State Retirement Agency (MSRA) chief investment officer Dr Melissa Moye about how the $37.7-billion fund plans to make its return target and start the long climb back to full funding.

Moye was appointed permanently to the position of chief investment officer midway through last year. She had been acting in an interim capacity since October 2010 after previous CIO Mansco Perry III left to head up the endowment fund of Macalester College in Saint Paul, Minnesota.

After a nation-wide search for a candidate, the system’s board decided to stick with Moye on the back of a 20-per-cent return last financial year.

Moye has inherited a long-term asset allocation from the board that has set a course to increase the fund’s exposure to private markets in an effort to further diversify the portfolio and decrease its overall volatility (see figure).

But in a move that sets itself apart from many other states, Maryland Governor Martin O’Malley agreed to stick with the defined-benefit structure of the system when designing a reform program to address funding levels.

While other states such as California are considering hybrid defined contribution/benefit systems, O’Malley and the state’s legislature passed reforms last year that seek to share the burden of providing for public pensions.

At 65-per-cent funded, the Maryland system lags behind the average funding levels of its peers by more than 10 per cent.

While state politicians have maintained the defined benefit system, this has been balanced by an increase to employer contributions from 5 to 7 per cent and cutting back on cost-of-living increases when calculating benefits.

According to the National Association of State Retirement Administrators, Maryland state and local governments contributed 2.79 per cent of the total state budget in 2009 compared to a national average of 3 per cent.

Investments also form a vital part of the plan to return the system to full funding in the long term.

Before the financial crisis the MSRA board decided to significantly increase its exposure to private equity, ultimately to 10 per cent of the total fund as a long-term target.

The current allocation to private equity is 4 per cent.

The decision to move more into private markets came before the fund experienced a more than 20 per cent loss in the 2009 financial year. This loss resulted in funding levels dropping from 78.62 per cent to 65.02 per cent.

The board has expressed a desire to limit the volatility of the portfolio through increased diversification into private markets, real return assets, property and hedge funds.

This increased allocation to private markets is to come predominately from the public equity portfolio, which currently accounts for 47 per cent of the overall portfolio.

Moye says the board plans to reduce its exposure to public equity to 36 per cent of overall fund.

“In terms of private equity, we were really under-allocated relative to our peers, at roughly 2 per cent of our total plan, and what we are seeing is that, in fact, there is potential for return in private equity, as a balanced part of the portfolio,” Moye says.

Hewitt EnnisKnupp is also a consultant to the Teachers Retirement System of Texas, which has been one of the most aggressive of the public pension funds in allocating more to alternative assets.

In a February 2011 study, Wilshire Associates found that US public pension funds had an average allocation to private equity of 8.8 per cent.

The public equity portfolio is constructed to limit home-country bias.

“We keep the portfolio balanced to the MSCI All Country World index, so in other words it is really a global allocation,” she says.

This typically sees the funds split 44-per-cent US equities to 56-per-cent international.

SRA has a team of 20 investment and accounting staff but all of the system’s assets are externally managed.

The diversification push also includes an increased allocation to real estate and credit/debt to 10 per cent of the fund respectively.

“The credit/debt push came after the global financial crisis as it made sense to provide credit as a way of getting equity-like returns with lower risk,” she says.

“We see private markets as part of the overall opportunity set for institutional investors.”

Moye says that the board has also looked to position the portfolio to deal with what it sees as a long-term risk of inflation.

Subsequently, it has increased target allocations to the real-return asset class. This asset bucket is currently 10 per cent of the portfolio and includes real assets such as timberland, infrastructure, Treasury Inflation Protected Securities (TIPS), global inflation-linked bonds, commodities and energy, and energy-related assets.

According to Moye, the fixed-income and real-return assets currently make up 30 per cent of the portfolio. The board has set a target allocation of real return and fixed income combined at 25 per cent of the total fund once real estate reaches its 10 per cent target from its current level of just over 5 per cent.

“Most investors are concerned about inflation in the longer term and over time we will move more assets to inflation-protected type of assets, and real assets like timber and infrastructure that have capacity to increase returns with inflation,” she says.

MSRA assumes a 3 per cent rate of inflation in its actuarial assumptions and its investment team is planning for potentially higher inflation in the next decade.

The fund has decided to wind up its direct investment program in property, preferring commingled funds as a way of increasing the diversity of its holdings.

At the time Moye said that commingled funds offered greater diversification across property types and geography.

The fund has also gone for a new consultant for its absolute-returns portfolio, appointing Albourne America at the start of this year.

The push into private markets comes as the fund has also maintained its assumed rate of return of 7.75 per cent.

The National Association of State Retirement Administrators (NASRA) found last year that 56 of the 126 state pension plans it surveyed had an assumed rate of return of 8 per cent.

The NASRA research also found that all of these plans’ return assumptions fell within a range of 7 to 8.5 per cent.

While the largest US public pension fund, CalPERS, has decided to cut its assumed rate from 7.75 per cent to 7.5 per cent, Moye says that the system’s long-term performance shows it can achieve its current return target.

“It [the rate of return] is in the range of what can be expected, given the asset allocation that we have. We receive an annual evaluation from both our general consultant and our actuary,” she says.

Last year Wilshire Associates forecast a median return of 6.5 per cent for public pension funds in the long-term.

Along with its core mandates, the system has an innovative small-manager program, named Terra Maria.

The program grew out of an emerging manager program and targets smaller managers with under $10 billion in assets under management.

The system currently allocates $3.3 billion, or 8.8 per cent, of total assets to the program, as of June 30 last year.

The Terra Maria program was originally started in 2008 for public market managers. In 2010 it was decided to expand the program to include private managers.

The program returned 29.6 per cent for the last fiscal year, compared to the custom benchmark’s 30.1 per cent.

In public markets it has seven “program managers, who are effectively an extension of the investment team, as they are responsible for sourcing managers, due diligence and monitoring”.