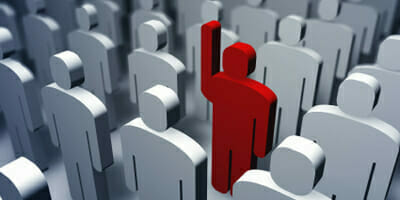 Hedge fund investors should focus on a few exceptional managers and keep allocations to just 1 or 2 per cent of a diversified portfolio, according to the former head of JP Morgan’s hedge fund seeding operations, Simon Lack.

Lack argues that investors should approach hedge funds in a different way to the typical strategies employed in other asset classes.

Attempting to build a diversified portfolio of hedge fund managers, Lack argues, is likely to result in investors achieving the average return of the industry.

His research reveals that since 1997 this average return is less than the return achieved by US Treasury Bills.

“It turns out that if you are going to be a hedge fund investor you have to be good at picking managers because the average return is less than Treasury Bills,” he says.

“So the first thing is, if you want to be in hedge funds don’t bother unless you think you can do better than average at picking managers.”

Investors typically diversify across an asset class to capture the average return of that asset class with less risk.

“Hedge fund investors should not want to diversify because they should want to get as far away from the average return as possible,” he says.

Lack’s book The Hedge Fund Mirage has caused a stir in the industry with its claim that on aggregate the industry has performed poorly, with the $2 trillion invested in hedge funds producing negligible excess returns for many investors.

Lack argues that because hedge funds lack the transparency of many other asset classes, investors essentially invest based on returns.

“Traditional investors in equity talk about the information ratio of the manager and the tracking error, and there are some fairly well-accepted statistical measures to measure the quality of the performance that active management is giving,” he says.

“None of those tools are available to hedge fund investors because there is no data; the only data they really have is the returns stream, and consequently they are the most utterly momentum-driven investors of any market.”

He argues this, combined with a strong mean-reversion tendency of hedge funds, means investors are likely on average to “buy high and sell low” when it comes to putting funds with a hedge fund manager.

His research finds that of the funds in the top 40 per cent of performers in any one year, only 7 per cent are able to stay in that category every year.

Lack, who now runs his own firm, SL Advisors LLC, says the industry has long reported returns in time-weighted terms.

This is typically expressed as the return on $1 invested since inception, rather than focusing on the asset-weighted return or the internal rate of return (IRR).

Lack argues that this measure takes into account the substantial body of work that shows that the smaller hedge funds typically outperform their bigger compatriots.

“The good returns all took place when the industry was small, and investors, amazingly, haven’t made an adjustment that small size is coincidence with good results.”

‘As the industry has got bigger the returns have got steadily worse and that is the big analytical error that has taken place in my opinion.”

The book borrows from the work of Emory University’s Ilia Dichev and Yale University’s Gwen Yu, who carried out extensive research on asset-weighted hedge fund returns, going back to 1980 and covering more than 11,000 hedge funds.

Their research finds that from 1990 to 2008 hedge funds generated negligible alpha, with an asset-weighted return of 6 per cent – only slightly above the risk-free rate of 5.6 per cent.

Lack crunches similar numbers, going back as far as 1998. He finds that, not only has the industry overall failed to achieve excess returns, but that the losses incurred over the financial crisis were a catastrophe no other asset class experienced.

“Possibly it lost all the money it had ever made, because the money it had made before 1998 wasn’t that much in money terms because it wasn’t that big an industry. So, you can say, arguably, that in 2008 they wiped the whole lot out. As bad as 2008 was, you can’t say the same thing about stocks or bonds or other asset classes.”

In his analysis Lack compares hedge funds with the performance of a typical 60/40 equity/bond portfolio.

Using the returns information from the S&P 500 and the Dow Jones Corporate Bond Index, Lack finds that on aggregate the hedge fund industry would have under-performed this portfolio every year since 2002.

The hedge-fund story gets worse, according to Lack, when the industry’s notoriously high fees are taken into account.

Lack looks at the money hedge funds generated before fees from 1998 to 2010 and then deducts hedge fund fees and fund of fund fees from what he defines as the gross profits.

“Basically, the hedge fund industry between the managers and the fund of fund guys has taken 98 per cent of the profits and the clients have been left with 2 per cent,” Lack says.