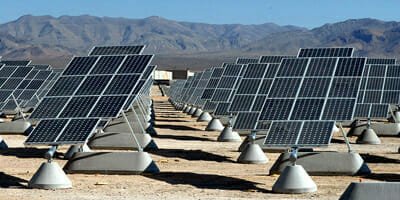 In a summary of the key energy policy and market themes of 2011, the report finds that asset finance now dwarfs public market and venture capital and private equity investment.

“Clean energy projects continue to be financed and built despite uncertainty in the public markets,” the report states.

This was the first time that US investment in clean energy infrastructure has exceeded China since 2007.

While clean energy asset finance investment was the highlight of 2011, investors who sought exposure to the sector through public markets saw their investments underperform the broader market.

These two green energy indexes declined sharply by 36 per cent compared to the MSCI World Index which lost 11.5 per cent.

Fulton, in a briefing on the report 2011: The Good, the Bad and the Ugly, told investors that the reason for the poor performance were both particular to the green energy sector and to a range of underlying factors that hit this type of public equity asset class.

He noted that public market investment in clean energy companies often involved industrial and technology stocks which were cyclical and small cap stocks which also suffered in 2011 as investors shed risk.

“You can build an argument that pure clean tech investment has to take its place in those underlying equity cycles anyway, so no-one can deny that,” Fulton says.

“On top of that we would be the last to deny that investors felt that policy support was weak last year and that didn’t help the underlying story for those clean technology plays in public markets. On top of which they were going through their own internal consolidation phases at an industry level. That is a wicked brew.”

The report notes that upstream players in the clean energy value chain suffered the worst declines.

Wind turbine and solar module manufacturers were down nearly 50 per cent.

Fulton says that despite the faltering publicly listed clean energy sector, investors still had attractive opportunities in investments targeted at taking advantage of the transition stage to a clean energy production.

“It is going to be very important, particularly in equity markets, that we don’t say that the sustainable clean push is all because of what happened to pure play wind and solar companies,” he says.

“Let’s not just obsess about the pure plays, let’s look at the theme and let’s look at how that effects equity portfolios and its important. Big incumbent industries in your portfolios are important too and you need to look at whether they are responding at the margins. The good ones are.”

Fulton was bullish about opportunities in the coal seam gas sector and the development of agriculture technology to counter the effects of climate change on food production.

“As we begin 2012 we continue to believe that the global energy matrix is in a “transitional” phase right now – at the start of a long-term mega shift toward an “end-state” scenario of cleaner domestic sources of energy supply; presenting a huge range of investment opportunities,” the report concludes.

Looking back over the policy decisions that were made in 2011, Fulton says that the Durban climate talks were a positive, despite a timeframe for a binding new agreement being pushed out to 2020.

Fulton says investors should also start to factor in more extreme climate change impacts as there is a growing consensus that mitigation action may come too late to stop a two degree celsius increase in global surface temperatures.

“As we think about the difficulty of holding it [temperature increases] to two degrees the importance of thinking about food and water and adaptation in your portfolio starts to rise,” he says.