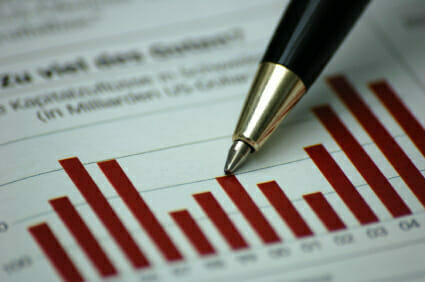 European regulators should focus on ensuring transparency of risk and disclosure about costs and returns to create a level playing field for all financial products, rather than focusing on the potential risks of exchange-traded funds (ETFs), EDHEC-Risk Institute has warned.

In research released this week, EDHEC-Risk Institute, part of EDHEC Business School, examines the risks of ETFs managed within the framework of the Undertakings for Collective Investment in Transferable Securities (UCITS), and calls for regulators to avoid creating artificial distinctions between so-called “synthetic” and “physical” ETFs.

Frédéric Ducoulombier, director of EDHEC-Risk Institute – Asia and co-author of the study, says that between 80 and 90 per cent of investment in ETFs in Europe is by institutional investors.

Concerns about the potential risks associated with ETFs are overstated and have been influenced by “misleading” marketing attempting to promote counterparty risk based distinctions between physical and synthetic replication ETFs, Ducoulombier says.

“We are concerned that this fixation on ETFs is not the best use of regulatory time and may be sending the wrong message to investors,” he says.

“When you discuss the risks of ETFs you don’t think about the risks of other products on the market that may be riskier and you may frighten investors away from the very products that are the most regulated to sections of the industry that do not offer the same protections.”

ETFs from the European Union are managed within UCITS directives, which impose rules of conduct on a wide range of areas, such as managing and preventing conflicts of interest, leverage, diversification, and risk management.

EDHEC-Risk says that this ensures ETFs within the UCITS framework have at least  the same level of security and risk as any other UCITS fund.

In particular, the counterparty risk associated with the use of over-the-counter derivatives transactions is limited in UCITS ETFs as this risk is strictly limited by UCITS to 10 per cent of a fund’s net asset value.

“This is just the legal requirement,” Ducoulombier says. “If you look more closely you will find that many synthetic ETF providers aim for zero per cent counterparty risk, reset daily.

Rather than assume that one type of replication is safer than any other in terms of counterparty risk, EDHEC-Risk recommends that investors pay more attention to counterparty risk mitigation.

These are: the level of collateralisation; the quality of the assets performing the economic role of collateral; and the ability of the fund to enforce its rights against collateral in the case of default by the counterparty.

EDHEC-Risk calls for regulators to categorise funds according to the economic exposure achieved or the payoff generated, and not on the methods or instruments used to engineer this exposure or payoff.

“By disregarding the nature of the payoff generated by the fund to focus on the instrument it holds to generate this payoff, regulation could create a false sense of security vis-a-vis ‘simple’, ‘plain vanilla’ or ‘mainstream’ products, which in fact can include large and, more worryingly, hard-to-predict extreme risks,” the research paper warns.

“This could reduce incentives for investors to perform effective due diligence on the actual risks of the products and exacerbate adverse selection and moral hazard phenomena, whose mitigation should be the major and ongoing preoccupation of the regulator.”

EDHEC-Risk’s entry into the debate on ETFs comes within weeks of the expected publication of new regulations for ETFs issued by the European Securities and Markets Authority.

“What we want is for investors to have information on risk, returns and costs so they can do their due diligence,” Ducoulombier says.

“In the end, if you have a type of regulation that makes investors believe that one sector is safe and you don’t have to do your due diligence, then you have moral hazard and free-rider problems arising.”

As part of this push for more transparency of costs, returns and risk, EDHEC-Risk advocates a new measure allowing investors to better understand what share of the total return generated through risks assumed on their behalf by funds is passed on to them.

The research paper recommends a calculation of this Total Return Ratio (TRR).

“By highlighting the share of returns that does not accrue to an investor, such a ratio would permit an assessment of the true cost of asset management beyond the picture given by the total expense ratio,” the paper says.

EDHEC-Risk also calls for greater disclosure and transparency around index-tracking instruments to give investors more information on the type of index that is tracked and how effectively it is being tracked.

“The regulator should be looking at first-order issues of index definition, index transparency and auditability and investors should question the efficiency and the stability of their indices, and evaluate the tracking efficiency of their indexed investments” Ducoulombier says.

Currently, there is no standardisation or mandatory information on tracking error risk in the European regulations.