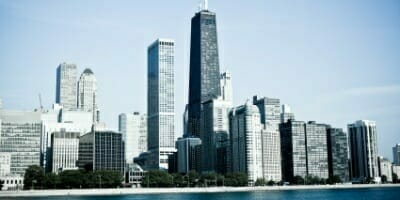 At the end of September this year the fund had 2.7 per cent allocated to alternatives, against a strategic benchmark of 23 per cent.

The new mandates are worth a combined $300 million, split roughly 60:40 between GMO and PIMCO, with the funding coming from US equities.

Chief investment officer of the fund, Sam Kunz, says the fund aims to increase its alternatives allocation next year, and in the second or third quarter of 2012 an RFP for fund of hedge-fund managers should be issued, worth about $200 million.

Real assets and commodities allocations will round out the final 4 per cent of alternatives.

The fund is only about 35 per cent funded, and needs to meet an estimated 17 per cent return target simply for that to remain flat.

In the past, Kunz has said investments are not a solution to increasing the funding level, and instead his focus is on building an efficient portfolio, with benchmarks, strategies and asset allocation all focused on efficiency.

The fund made quite dramatic asset allocation shifts following the appointment of its new consultant, NEPC, last year.

The most dramatic change was the increase in alternatives from 9 per cent to 23 per cent. This includes tactical and alpha strategies, as well as real assets.

There is also a separate allocation to private capital – private equity, infrastructure and real estate – which has been decreased from 18 per cent to 14 per cent.

Of the fund’s 41 per cent allocation to equities, split fairly evenly between domestic and international, 100 per cent is allocated to active managers.

This is also something Kunz wants to address, looking to allocate some money passively, while appointing the active mandates to those managers with high tracking error.

The fund, which serves more than 12,500 active members of the Chicago Police Department, has been in existence since 1887 and was codified in Illinois statutes in 1921. According to funding projections based on December 31, 2009, actuarial valuations, the fund will run out of assets during 2025.

Perhaps one of the more critical changes to be made to ensure this doesn’t happen is a fiduciary and governance review, with the board issuing a request for information for a fiduciary services consultant which will be tasked with reviewing the plan’s organisational structure, evaluating its transparency, accountability, fees, and legal issues.