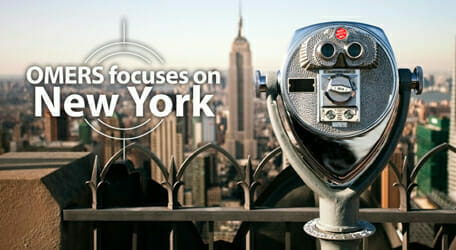 The $53 billion fund has previously stated it wants to manage all if its money itself. It will have 30 investment staff in the New York operations.

The Canadian fund has more than $10 billion invested in the US in both private and public markets.

It has an ambitious plan to move to a strategic mix of 53 per cent public equities and 47 per cent private investment.

Its major investments in the US include significant private investments in Oncor (electricity transmission), US Infrastructure Corp, and a joint venture with Related Properties in the 1.15 million square-metre Hudson Yards redevelopment project in New York.

“The opening of this office underscores our commitment to expand in those regions where we invest and where we have developed strategic relationships.”

This latest expansion is in line with the fund’s 2015 strategic plan, which has the ambitious target of doubling the size of each of the fund’s business units in the next couple of years.

The fund’s fast-growing in-house expertise is part of an overall strategy to attract third-party investors to the organization.

Chief investment officer Michael Latimer has previously stated that the fund is interested in making larger-scale investments, which would need more capital.

The fund also has ambitious plans to establish itself as a third-party provider of investments services to other pension funds.

This includes raising capital from fellow Canadian pension funds as well through OMERS Strategic Investments, an alliance of co-investors who commit up to $20 billion to be invested over five years in large-scale assets.

OMERS has over the past two years preferred to make direct investments in private equity, where it takes significant stakes in what it regards as quality companies rather than looking for turn-around or distressed opportunities.

In other news, the fund’s Oxford Properties Group has secured a major anchor tenant for its Hudson Yards development, which is the single largest piece of undeveloped property in Manhattan.

Luxury brand Coach Inc will take up the lower one-third of the available commercial space in the initial 51-storey tower located at the Eastern Rail Yards site on Manhattan’s far West Side.

Blake Hutcheson, president and chief executive officer, Oxford Properties Group says Coach’s decision to locate their new world headquarters shows confidence in plans for the site, which are being backed by $3 billion in public infrastructure.

The master plan for the rail yards includes approximately 5000 residences in nine residential buildings; 557,418 square metres of commercial office space; 92, 903 square metres of retail space; and a new 750-pupil public school. The site will be serviced by an extension of the No.7 subway line, scheduled to be opened in December 2013.

Amanda WhiteMay 16, 2014
Home>Uncategorised posts>OMERS a step closer to bringing it all in-house