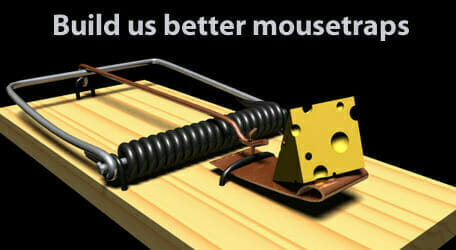 Pension plans are doubtful that product innovation will boost returns and want asset managers to improve what they already offer rather than create new products, a survey across 30 countries has found.The Create-Research survey spoke to more than 500 asset managers, pension plans, consultants, administrators and distributers on what innovations had worked and where they expected innovation in the next three years.

When asked if new products could deliver genuine value to end-clients over the next three years, almost two thirds of the 108 pension funds surveyed were either negative or uncertain about whether innovation would boost returns.

Opinion was divided among funds, with 39 per cent expecting innovations in the next three years to boost returns.

However, almost the same proportion of the 396 asset managers surveyed were confident innovation would result in better returns.

Report author Amin Rajan said that those surveyed believed that innovation in existing products would focus on risk return trade-offs and transparency.

“The focus will very much be on risk control so that clients are likely to get better returns per unit of risk,” Rajan said.

“A lot of improvement will come because these guys will learn to manage risk a lot better than they have done in the past.”

More than 40 per cent of both pension plans and asset managers thought the two main drivers for innovation in the next three years would be a switch from “products” to “solutions” and regulatory changes.

Rajan said that the 2008 financial crisis had overwhelmed most innovations, with promises of uncorrelated returns and volatility protection proving illusory in the face of a severe bear market.

The fall-out from the crisis has resulted in funds wanting greater transparency and simplification of products that did not conceal the underlying value of assets with devices such as derivatives, leverage and shorting, Rajan said.

“Over this decade the investment value chain will be distinguished as much by introspection as innovation,” Rajan said.

Almost 90 per cent of asset managers said they could foresee further product innovation over the next three years. But more than half thought this would be incremental improvements in existing products rather creating new ones.

While uncertain about the capacity for innovation to produce better returns, pension plans also said some changes would likely to prove disruptive to the existing business models.

Potentially disruptive innovations included: the likely abolition of commissions in the retail space; the adoption of high watermark fees in the absolute return space; changes in defined contribution products for those in retirement and improved data gathering technology for administrators.

Rajan said that fund managers would have to increasingly ensure that their absolute return products delivered what they promised, with high watermark fees ensuring many fund managers took a hit if their funds underperformed.

“If fund managers don’t deliver accordingly many will experience a great deal of difficulty and have to close funds so these fees (high watermark) could be very disruptive indeed,” he said.

Rajan flagged three innovations that would transform defined contribution offerings in the coming years, with dynamic rather than static glide paths being more widely adopted.

“I can see annuities coming back in the future, people are living longer and they need a hedge against increasingly life expectancy,” he said.

“But annuities haven’t worked in the past because of their all or nothing nature… Under new products only part of the money would be lost if someone died early.”

Rajan said respondents had said technology changes around IT systems that track trades in real time and do sophisticated data analysis were likely to emerge in the coming years.

The technology would provide both a better decision making tool and better risk analytics.

“It (technology changes) really help in improving the quality of the quant models and these are likely to emerge in a very significant way in the years to come,” he said.

When asked to what recent innovations had worked and what failed, more than 57 per cent of respondents said that emerging market equities delivered most value.

Pension plans that benefited from these strategies attributed their success to a strong belief in the intrinsic value worth of the asset, a disciplined approach to buying and selling and in-house capabilities to chase early mover advantages.

More than 40 per cent of respondents said the innovation that produced the least value was leverage, while structure products, portable alpha and currency funds were also seen as being underperforming.

Those funds that lost out on these strategies blamed the absence of underlying value in the assets, herd instinct and a lack of skills and governance to enter into risky or complex products.

Funds also said low engagement with asset managers contributed to the failure of these strategies.

While pension plans generally said levels of engagement with asset managers had improved, 73 per cent said they were only rarely or occasionally engaged when asset managers innovate their financial products.

The report was commissioned by Principal Global Investors and Citi Securities and Fund Services.