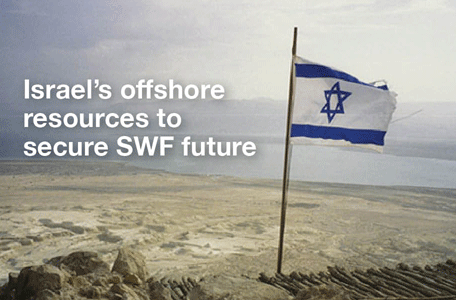 Israel is considering establishing its first sovereign wealth fund within one year using revenues from recent offshore natural-gas finds, following calls by the International Monetary Fund to do so.

The report recommends creating a sovereign wealth fund to avert Dutch disease; named for the decline in the Netherlands’ manufacturing sector after the discovery of natural gas there in 1959.

Prime Minister Benjamin Netanyahu had indicted in a cabinet meeting on January 23 his plans to create a fund dedicated to education and security – the revenues for the fund stemming from the natural gas reserves.

“This natural resource belongs to the citizens of Israel. The resource is also important to Israel’s economy and to Israel’s future,” Netanyahu said in the meeting. “Regarding the latter, I intend to establish a fund for Israel’s future that will be devoted to education and security. We will co-operate with the investors in order to bring the gas to Israel quickly and so the most important thing now is to move forward.”

The IMF is also urging for a review of investment objectives for all sovereign wealth funds as it claims some SWFs changed their asset allocation during the financial crisis in ways that may have not been ideal or justified.

The paper, written by members of the IMF’s monetary and capital markets department, said large losses for sovereign wealth funds during the financial crisis sparked domestic debates on their investment strategies.

Some funds have been criticised for entering the equity market at the wrong time and some have been blamed for a lack of insight for investing in institutions at the early stage of the crisis and suffering heavy losses as a result, said the paper.

“These criticisms have put SWFs’ investment outlooks and strategies under increased scrutiny and their managers under pressure to avoid further losses,” the paper stated.

The global financial crisis demonstrated, according to the IMF’s paper, the importance of macro-stability risk assessment and careful consideration of the financing options of the sovereign both in normal times and during financial stress.