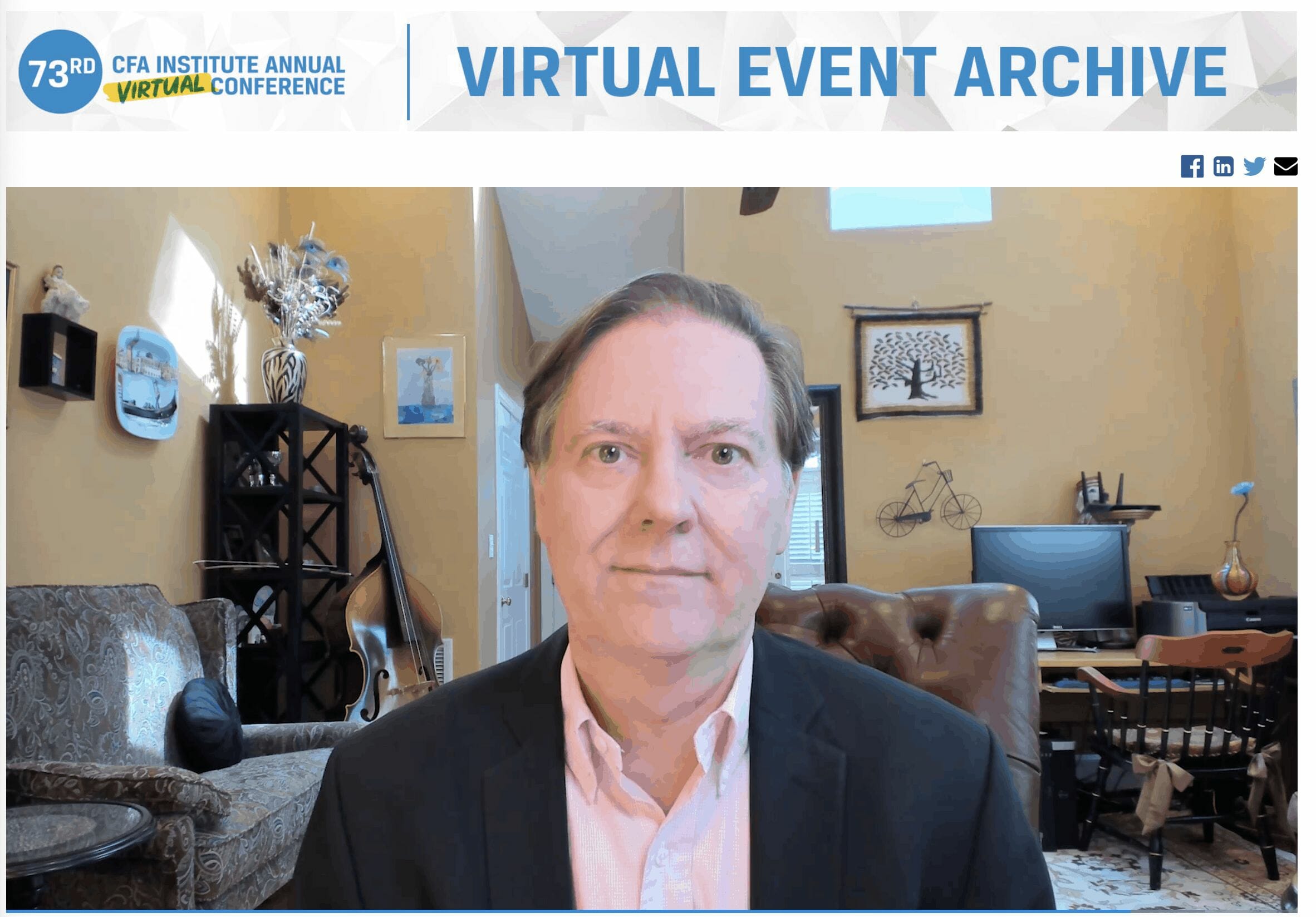 Campbell Harvey, Professor of Finance at Duke University, is optimistic there will be a vaccine developed in the fourth quarter of this year, a period where he also predicts a return to economic growth. However inflation is his biggest fear, he told the CFA Institute virtual conference.

Harvey, who in his  PhD showed that inverted yield curves predict recessions, has been studying recessions for some years. This one, he says, is different. The biological cause of the crisis means there is a light at the end of the tunnel.

“The official unemployment of 14.7 per cent is vastly under-stated it’s probably more like 30 per cent. That number might be higher than the great depression, but that doesn’t mean we are in a great depression,” he said. “The certainty is different, there is an end we can see, and attitudes are different.”

Harvey has actually coined the phrase the “Great Compression” due to the equivalent job losses of the great depression being compressed into a few week.

He predicted that the second quarter in terms of economic growth will be “off the chart” with something like -30 per cent on an annualised basis. But he predicted by the fourth quarter things will start to pick up.

But while Harvey was upbeat about the light at the end of the tunnel, he was also cautious about the potential long-term damage to the economy.

“What we don’t want is structural damage to the economy, where high quality companies that were profitable and innovating go down because of this natural disaster. If they do, that will delay the recovery that will basically haircut future economic growth. A lot of policy response has been focused on mitigating these structural issues so high-quality companies can be in stasis during this crisis and then re-emerge,” he said.

“What I worry about is that there will be confusion, and this policy will not be successful and we’ll lose many of these businesses. And we’re not just talking about a handful of big banks you can call up and put in a room like the GFC, it’s 30 million small and medium companies.”

Harvey also expressed concern about how to pay for the crisis, concluding that raising taxes was an unlikely political response.

“We have to pay for this. This is not a regular natural disaster like a hurricane hits a state and the rest of the country ok. This hits everywhere and we are borrowing and have to pay it back,” he said.

While the economy did not see inflation after the GFC, Harvey said it doesn’t mean it won’t happen this time.

“I’m hesitant to extrapolate from a sample of one, It’s a significant risk. It’s something that impacts companies negatively, and people negatively, including the people who can least afford it. I believe inflation is the major risk.”