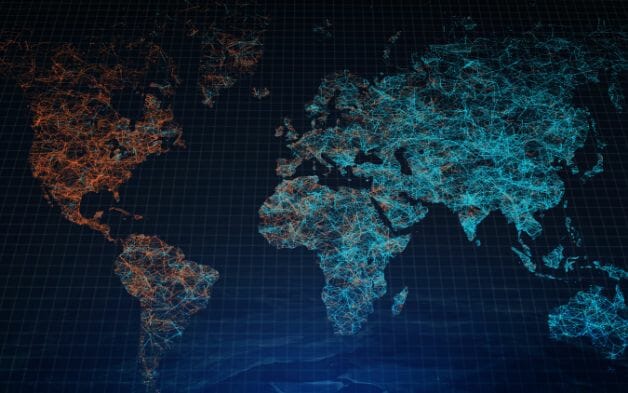 A long and challenging list of geopolitical risks already existed before COVID-19 began shaking up the world order. US-China rivalry, weakened global institutions, fragmentation in the EU and a growing intertwining of climate and geopolitics to name a few.

For sure, a rebalanced global order and commitment to multilateralism could return with Biden’s presidency, while a vaccine for the virus will end its rampage of destructive volatility. But as geopolitical risks increasingly stalk developed markets, asset owners sifting through the noise for long-term trends believe a fragmented world is here to stay.

“China remains a problem for the US; that hasn’t changed,” said a bleary-eyed Chris Ailman, speaking at CalSTRS’ board meeting the day after the US election and Biden’s emerging lead.

“The US and China will continue to move apart in a Biden presidency,” agreed David Ross, managing director of the capital markets group at Canada’s C$22 billion OPTrust who notes that China’s path to disengagement was made clear in its objectives for economic self-reliance set out in its 14th Five Year Plan (2021-2025) in October.

Disengagement has also been accelerated by other economies seeking a new self-sufficiency in the wake of COVID-19, said Ross.

“The shift to increased fiscal spending embraced by governments around the world as they sought to buffer their economies to the COVID-19 pandemic is generally inward looking and nationalistic. Overall, this should be expected to increase both geopolitical and economic volatility.”

Others note how the pandemic will also accelerate de-globalisation trends following its exposure of vulnerabilities in global supply chains.

“COVID-19 clearly revealed the implications of having heavy reliance on China as the manufacturer of the world. If there was ever a time to rethink supply chains and regulate changes for strategic and national security purposes, this is the time,” said Bruno Serfaty, head of dynamic asset allocation at the United Kingdom’s £67 billion USS Investment Management.

Disengagement between the US and China is manifesting in technology, as well as trade. US sanctions make working with China’s tech sector increasingly difficult for multinational companies. Elsewhere, OPTrust’s Ross warns disengagement and divergence could lead to investments becoming stranded due to legal or regulatory changes. It could leave pension funds with large and growing allocations to the engines of Chinese growth exposed.

Witness Canada’s C$420 billion CPP Investments, moving towards a 20 per cent allocation to the country which Geoffrey Rubin, senior managing director and chief investment strategist, recently described as “imperative” for both returns and diversification.

“China matters,” said Ailman, pointing to the Chinese companies like Tencent and Alibaba now in CalSTRS top 10 equity holdings. In recognition of the possible risks of holding Chinese assets, the pension fund is about to begin a six-month deep dive analysis.

“This is a risk we want to focus on,” said Ailman.

The East-West trade and tech divide is also fuelling the emergence of separate economic spheres. Asia-centric and intra-Asian trade and investment flows are increasingly more significant than investment flows into Asia from Europe and the US.

Similarly, total Chinese investment in the US has fallen sharply. However it’s a trend asset owners’ believe could hold exciting opportunities – particularly around diversification.

“As long as the US continues to dominate the reserve currencies and China and its neighbours contribute the most to global growth, a well-balanced currency diversification approach should prove resilient to the emerging geopolitical tensions,” suggested Serfaty. “At USS we have recently reviewed our currency allocations with a view to improving diversification and increasing portfolio resilience at times of stress.”

New economic spheres could also manifest in manufacturing and production opening in alternative countries, he added.

“It could lead to more localisation of supply chains which may have a favourable impact on industrial production for some: for the Americas, some US states and Mexico could benefit, providing their business leaders prove capable of manufacturing as good quality products as their Chinese competitors. Similarly, some nations of Europe – Poland, Czech Republic – could sustain their industrial revival,” he said.

Away from China-US relations, the other geopolitical risk top of mind is COVID-19. Of course, not all investors view the pandemic through a geopolitical lens.

“Geopolitical risks are still elevated, despite the US election outcome,” said Kasper Ahrndt Lorenzen, group CIO of PFA. “But when it comes to running investment portfolios, the COVID-19 development, and the policy reactions in particular, are more important.”

For others however, the pandemic has heightened risk.

“The market will eventually judge which countries have the credibility and balance sheet to get away with it and which don’t,” he says, predicting that the distinctions will appear in emerging markets first. Kurt Schacht, head of policy at the CFA Institute in Washington is also convinced the pandemic is morphing into significant geopolitical disruption.

“A clear and present danger is its impact on not just public health, but entire economies,” he said. “Predicting the course of biology, vaccines and human behaviour has fundamental investment analysts on their heels.”

OPTrust’s Ross also believes the geopolitical climate could lead to higher inflation. Huge stimulus to counter COVID and reduced capacity due to lingering COVID issues or global trade friction, mixed with populism-fuelled higher labour and wages, has all the ingredients for stagflation.

“This is something we are spending a lot of time thinking about in our Risk Mitigation Portfolio,” he said. Inflation worries and the collapse in yields has already led the pension fund to reduce its allocation to nominal bonds – running counter to the traditional idea investors favour assets like cash, gold and government bonds in times of crisis.

Elsewhere, CalSTRS is also contemplating changes to its asset allocation in response to volatility. Citing a recent paper from the pension fund’s consultant Meketa advising how best to navigate uncertainty, Ailman said one idea includes a new opportunistic portfolio.

CalSTRS already has an innovation portfolio but abandoned an opportunistic allocation in the 1990s. Unconvinced if the giant fund could ever be nimble enough to be opportunistic, Ailman said his focus remains on diversification, actively managing risk and focusing on fees by pushing a collaborative manager model over expensive traditional partnerships.

Investors also note a growing intertwining of geopolitical and climate risk, particularly since the pandemic (seemingly easier to solve by cooperation than climate change) has highlighted the challenges inherent in global cooperation.

“The lack of COVID 19 cooperation – perpetuated by many countries, both in the east and west alike – is a bad omen for other problems which are less knowable and less immediate,” said the head of a US corporate pension fund.

“The continued geopolitical shift away from global cooperation to national or regional approaches would pose direct risks to the coordinated efforts that are necessary to address climate change. We believe that the sustainability of the Plan and the planet are inextricably linked, and we are increasingly focussed on risks that climate change poses to our portfolio,” concluded OPTrusts’ Ross.

Geopolitical risk and the impact on portfolios will be a topic of discussion at the Fiduciary Investors Symposium online on December 8. For more information click here.