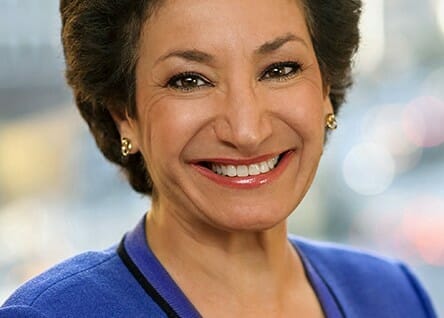 This coming January, CIOs from 15 US foundations will gather in a private get-together in New York to compare notes and discuss topics of interest. With no external managers, consultants or sponsors present, conversation will focus on foundations’ shared characteristics like their need to meet charter commitments to last into perpetuity. Or the challenge of complying with US government IRS (Internal Revenue Service) rules that they must allocate 5 per cent of their assets annually to chosen causes, or lose their tax exemption.

“We have to earn 5 per cent plus inflation to ensure we can remain into perpetuity in real terms,” says Rosalind Hewsenian, CIO of the $6 billion Helmsley Charitable Trust.

It’s just the kind of gathering the young foundation finds particularly insightful. Only set up in 2009 after colourful real estate billionaire Leona Helmsley bequeathed most (not all though – her dog also inherited millions) of her and her late husband Harry’s vast wealth to pioneering healthcare initiatives, Helmsley is the new kid on the block.

“We haven’t been around for that long,” says Hewsenian. But the trust’s youth also comes with benefits. Like its ability to have harnessed all the learnings of the financial crisis which wreaked havoc on foundations without enough liquidity on hand to pay out grants, casting them on the rocks of an IRS breech.

“If the market sells off we still have to get our money out of the door,” says Hewsenian, who joined Helmsley in 2010 and has crafted a straight forward, contrarian strategy with liquidity at its heart.

Four liquidity seams run through the portfolio ranging from a safe allocation (currently 23 per cent) to short maturity, investment grade fixed income that can be liquidated in a day at one end of the spectrum, to a 37 per cent allocation to private markets where it takes two years or more to get money back from external managers, at the other.

The other seams comprise liquid (27 per cent) and semi-liquid (13 per cent) allocations to assets like public equity and high yield bonds where money can be accessed within 60 days, and hedge funds and long-only frontier equity allocations involving longer tie-ups, respectively.

The high allocation to safe assets is a consequence of being mid to late cycle.

Today’s markets requires a balance between boosting safe assets so there is enough on hand to pay grants and pour into opportunities when the market sells off, but still retain exposure to return generating allocations in recognition that markets are continuing to appreciate.

It all rests on analysis of where the economic cycle is now, explains Hewsenian who counsels against any forecasting or bold predictions.

“Lots of people make forecasts but when the forecast is wrong it costs them dearly.”

Determining where markets are today involves analysis of historic and current market and economic factors. If today’s factors plot outside key bands, it indicates the market is at one extreme. If indicators are within their bands the market is mid-cycle.

“Economic and market factors spend most of their time in the middle of our bands but move out in early, and late cycles. As you might expect, we have been in an economic recovery for the last 10 years, so some factors are showing late cycle, although some are still mid cycle.”

It is a highly structured approach that doesn’t involve debate or huge amounts of judgement. The bands are checked every quarter and the results bought to the investment committee for a decision. An adjustment is typically made just once a year.

“Any move has to be sustained so that it is worth our while. When there is lots of noise, and no clear signals, we don’t make a move.”

Nor is there any element of market timing in the strategy, it is simply following the signals.

“If there is a market sell off, all the market factors in the portfolio would automatically revalue. We would take our safe asset down to the lower end of the range which is about 10 per cent,” she says.

A key element to success is her generalist investment team with all 12-investment staff having a broad expertise rather than dedicated specialism.

It means they can switch to different allocations when their markets “aren’t’ looking good” and have a broad understanding of how the different parts of the portfolio work as a whole.

“It allows people to make the best, most considerate investment recommendations for wherever we are in the cycle,” she says.

For example, the foundation recently sought to boost its semi-liquid investments in line with the late cycle by allocating to life settlements. The novel investment outside siloed asset classes involves investors buying life insurance policies off holders who have decided they’d rather have a cash windfall than the insurance policy. These lump sum payments are typically less than the death benefit on the policy, which the investor collects when the insured passes.

“We wanted to find something that wasn’t correlated to equity but with the same liquidity as our semi-liquid category to help us through a downturn,” she explains. “Life settlements allow us to get all of our money back and there is no downside risk as everyone does, eventually, die.”

“This will get us through the next economic downturn,” she says.

Hiring generalists was a founding stipulation, informed to a large extent by Hewsenian’s own broad, consultancy background.

“As a consultant I had to talk on anything,” she says.

Despite it being part of the culture in the New York investment office, Hewsenian observes it is still hard pushing people out of their comfort zones.

“People like their own corner of world,” she says.

However, she believes the trust’s comparatively few manager relationships make it easier.

“We only have 43 manager relationships. The team have time to do the due diligence because they are not having to monitor hundreds of relationships.”

The trust doesn’t only give grants to fledgling healthcare and wellness projects. It also invests for returns in the sector, allocating 7 per cent of its AUM to healthcare and longevity. Investment sits in the illiquid allocation and is mostly via private equity and venture capital funds – as well as innovative hedge funds. Witness an allocation that shorts consumer goods brands that the elderly buy less – think furniture, technology or even cars.

“The idea is that as demography changes, consumption patterns will also change with older generations buying more healthcare and less consumer goods,” she explains.

As for the success of the allocation, it’s hard to tell. Political uncertainty in the US is leading to unknowns around healthcare provision, she says.

“The Democrats espousing of Medicare – for-all is having a chilling effect on the publicly traded healthcare stocks.”

In one heartening trend, the venture capital and private equity allocation is beginning to find its way into some of Helmsley’s initial grant-receiving projects.

“When we give grants it is very early stage,” she says. “Sometimes it is just a scientist with an idea.”

Following 10 years of grant-giving some of these ideas are starting to spin out into commercial ventures.

“We can then put them in touch with our VCs,” she says.

One area few foundations have led the way, however, is ESG integration. Something Hewsenian attributes to the enduring pressure on foundations to focus on their specific missions, rather than deviate to other causes.

“My trustees believe we have an honourable and just mission and that it is their job to advance that mission. It’s my job to earn the money to fund it and not use the assets to address other missions that are not Helmsley’s. While ESG is important, our mission is healthcare and medical research and they want me to reflect ESG only if it positively affects our performance and results.”

That said, she notices foundations are starting to put more pressure on their asset managers in this regard. As more foundations embrace ESG they want their managers to restrict investments so they are ESG compliant. It’s a shift that she says is complicated by the fact many of them are long-standing relationships with asset managers who have served foundations for years.

“Competitive asset managers don’t want investment restrictions. They want to invest the way they want to invest, and I think this will increasingly become an issue,” she predicts. Something, perhaps, on the agenda in January.