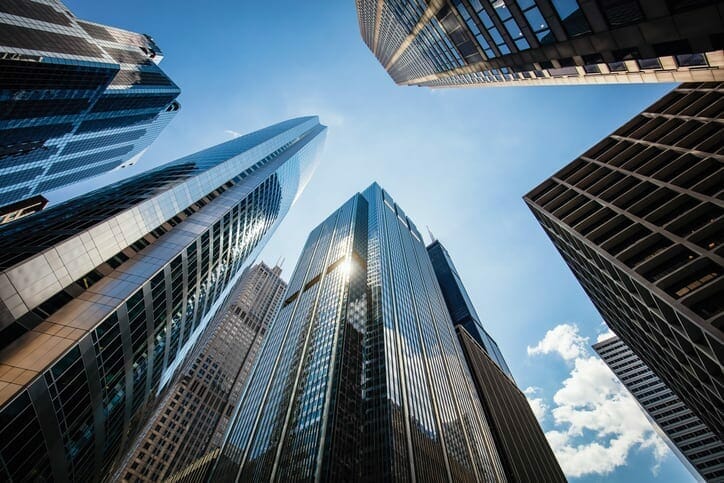 Like anything, the brightest ideas in investment management invariably come from the most casual of conversations. Around 10 years ago, a team from AEW Capital Management, the Boston-based global real estate manager owned by French firm Natixis, went to meet executives for lunch at the $24 billion corporate pension fund for industrial group United Technologies Corportation (UTC) in their Hartford, Connecticut offices.

Conversation drifted from UTC’s 5 per cent real estate allocation made up of 30-odd properties in a core real estate mandate and various other fund investments with AEW, to observations on the growing demand for urban multifamily accommodation. It wasn’t long before UTC’s then director of pension benefits, Charles van Vleet, now CIO at aerospace and defence group Textron, commented that he was looking at a fund that specialised in the area.

“I said Charles, given our history of working together I think I know what you are looking for and we can structure the appropriate strategy. We wrote up the thesis and within two months it was on the table,” recalls Dan Bradley, a director at AEW. That idea has since developed into an allocation to value-add real estate that is currently UTC’s best performing asset class, posting five year returns of 22 per cent. With three successful projects under their belt, UTC and AEW recently launched a next phase to the strategy.

AEW’s pitch proposed a joint-venture whereby the manager and owner would develop, build and lease residential properties in high-income, densely populated coastal cities like California, New York and Miami. The strategy tapped into trends around land constraints and other barriers to entry, plus a preference for renting over home ownership and the growing number of empty nesters. It was also a creative and timely response to high property prices, which allowed UTC and AEW to build new units at a price point that was lower that what they could buy in the existing marketplace. The idea was that the units in the build-to-core allocation would ultimately result in well-leased properties which could migrate to the core real estate portfolio managed by AEW through a separate account. “The economics were compelling for developing as opposed to buying stabilized apartment properties with enough of a spread over average going-in capitalization rates,” says Bradley.

Although the basics of the strategy haven’t changed over the years, the friendship and trust on which it is based have evolved and strengthened to make this the cornerstone of the relationship. “This really is a people business,” says Joe Fazzino, UTC’s senior director of pension investments who has worked with AEW and Bradley throughout his 11-year tenure at the pension fund. Fazzino describes a friendship and respect cemented in early morning airport meets, shared drives out to properties to don hard hats and observe “the best and brightest” doing their job. “Real estate is a good asset class to get to know your manager. We’ve got bonds in the portfolio that are worth just as much, but you can’t see and touch them like you can property,” he says.

It’s nurtured an easy communication that is a large part of the strategy’s success, ensuring the manager and owner are always on the same page; know each other’s likes and dislikes from the right amount of yield and demand, to the perfect location and tenant profile. “We’ve developed a very good working relationship with them,” says Fazzino. “We are always on the phone talking about whether we have capital to deploy, if we are overweight or underweight and what we are thinking about the asset class.”

One important and dynamic element of that conversation centres around the use of leverage and how best to use, and stabilise, debt levels during the two to three-year build. The way AEW finances the build and acts strategically in today’s low rate environment but with an eye on rising rates in the future is a key part of the pension fund’s oversight. Fazzino, currently reducing the amount of leverage in the separate account side of the real estate portfolio, explains: “Leverage rates are important to us and we ask lots of questions around leverage. We are late in the cycle and we like to control leverage more than other investors.” Fazzino also oversees UTC’s 50 per cent allocation to fixed income.

An important part of UTC’s comfort (given the strategy’s markedly different approach to risk and reward vs conventional real estate) is rooted in an early decision to house the allocation in its private investment bucket. Rather than sit in the property allocation, it lies in an illiquid portfolio with LBO-type opportunities, a private debt allocation, and the private equity allocation which it particularly mirrors, explains Fazzino. “Capital is called, put into land and development, the property is improved upon, leased-up and ultimately sold. It’s like a private equity cycle and that J curve in private equity is something we see in this sleeve of the programme too.” Importantly, placing the allocation outside the pension fund’s real estate allocation also gave UTC more control, giving the pension fund “significant” input into strategy, he says. “It was a collective effort devising and structuring the strategy and this has allowed for alternative exit options that have achieved the goals and objectives we sought.”

The joint venture relationship is structured with a clear division of labour. AEW underwrites and oversees the acquisition process, provides inputs to the building design elements, provides project oversight and is the point of contact with the developer – who has typically secured a parcel of land and entitlements, designed the building and is looking for a large investor. The manager also does all the financials, administration and auditing of costs that go into the strategy and applies a belt and braces approach to risk mitigation around the development that includes countering cost overruns and environmental risk. “AEW is really in the weeds in terms of overseeing and controlling the project,” says Fazzino. “We meet and get to know the developer, but the developer’s relationship is with AEW: we provide most of the capital, AEW provides the management and investment oversight.”

AEW does, however, provide a slither of co-investment alongside UTC. It comes via a contribution from AEW’s most senior executives rooted in an initial stipulation when the strategy launched in 2013. “UTC asked that we put our own money in. Not much, but enough so that it was important,” says Bradley. “We would have done the same things, worked as hard as we did and had the same success, if we hadn’t had any co-investment,” says Bradley.

To date, UTC and AEW have built three multifamily developments totalling 902 units in Boston, Jersey City and Seattle. They’ve invested a total equity of $156 million with returns far exceeding expectations. Two of the investments have now migrated to sit in the core separate account portfolio but the duo decided to sell the Boston property. “We were really excited by very impressive investment returns. The market moved and the portfolio became worth so much we decided to sell that property,” says Fazzino.

Now the manager and pension fund are doubling down again in a new, second phase to the programme with UTC committing up to $190 million of new equity across five developments in expanded markets to include select edge-cities and suburban locations. “The fundamentals within these locations are favourable due to the lack of new housing and strong demand driven by aging baby boomers, coming of age millennials, stricter mortgage underwriting standards and traffic congestion,” concludes Bradley.

Hedge funds are getting a bad press again, but for Dutch fund BpfBOUW the latest skirmish simply underscores their importance in a portfolio as Erik Hulshof, trustee and chair of the investment committee explains.
Sarah RundellFebruary 15, 2021

Alecta’s head of real assets Axel Brändström took the helm a year ago. Charged with building out the real estate allocation in one of the most tumultuous years for the asset class on record, his eye is on e-commerce opportunities and allocations to assets not linked to GDP.
Sarah RundellJanuary 26, 2021

Real estate is one of the asset classes hardest hit by the pandemic. Although FIS 2020 experts warn that some companies may never return to the office, opportunities are already appearing in smaller, regional hubs while listed real estate will recover quicker than private investments.
Sarah RundellJune 26, 2020

The Swiss pension sector has always been characterised by a balanced investment mix but an important trend is emerging - funds are increasing their allocations to alternatives.
Heinz RothacherOctober 1, 2019
View more articles