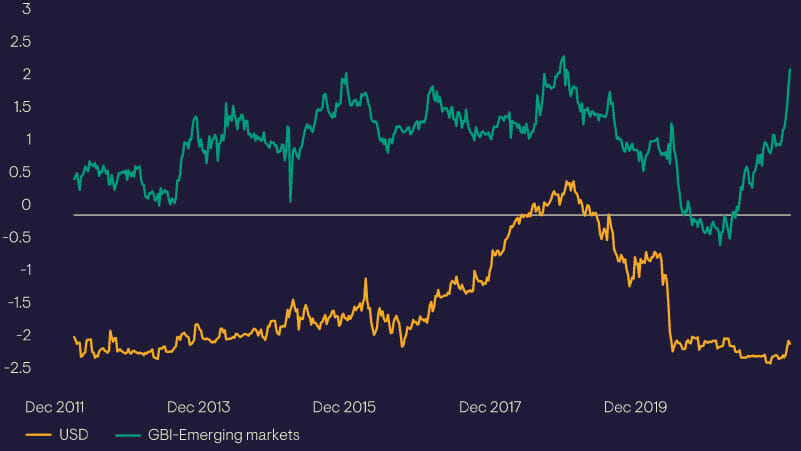 When Mark Anson, CIO and chief executive of the $28 billion Commonfund, headed up US pension fund CalPERS between 2001 and 2005 he got embroiled in a research project exploring why beta levels in private equity were so low compared to public equity. Analysing the low levels over one period (betas, he recalls, of 0.4 -0.5 compared to the public stock market) triggered much head scratching: private equity is still equity and surely its illiquidity should make it even more risky? Only by playing the models in an excel spreadsheet did he realise the delay between movements in public markets washing into private markets in a statistically significant lag that can go back over a series of quarters.

Today lagged beta is a well-known phenomenon. But speaking in a recent webinar hosted by the Journal of Portfolio Management, Anson stressed the enduring importance of measuring lagged betas in portfolio construction: it may seem like private equity doesn’t suffer the vicissitudes of the public equity market, but both are linked much more closely than estimated by current metrics. And only when investors understand the amount of systemic or beta risk that will wash into their private portfolios, can they budget how much beta risk to allocate to private equity compared to public equity.

Accumulating all the systemic risk associated with private asset classes also reveals the true correlation of the illiquid asset classes with the public markets. When lagged betas are included, the correlation of private equity with public equity increases substantially, critical for risk budgeting.

Measuring lagged beta also reveals the true amount of alpha. “You cannot measure alpha until you account for all the beta associated with an active investment,” said Anson, noting how lagged beta used to be claimed as alpha but now investors are smarter, realising there is not as much alpha.

Accurately measuring beta is also important because it safeguards against over allocating and the risk of a liquidity crunch. In the GFC, funds over allocated to private equity, underestimating the amount of systemic risk embedded in their portfolios and inadvertently increased their risk profile.

Continuing, Anson explained that because private equity managers only mark to market their portfolios on a quarterly basis, they have significant discretion as to how they “price” their underlying portfolio companies – the resulting volatility of private capital portfolios is typically understated. If lagged betas are used to accurately measure the correlation coefficients between illiquid and liquid asset classes, and also to better estimate the actual volatility of private equity and venture capital, then investors will have an economic constraint that limits the amount allocated to these illiquid asset classes.

Research by Commonfund estimates private equity investors can achieve a long-term liquidity premium of 3.5 per cent over and above public equity markets.

“We believe in it, track it and measure our performance to check if we’ve earnt it or not,” said Anson.

His one caveat? Achieving that premium depends on investing with top-notch managers.

Only first or second quartile managers will outperform public markets. He also noted that large private equity managers (those with PE funds greater than $5 billion) often don’t fully capture the liquidity premium and do not produce any independent alpha. However, smaller PE funds, and specifically, small PE funds that are sector specialists, fully capture the liquidity premium plus another 2 per cent of alpha.

Private equity investment requires giving control and discretion to GPs. Still, every sophisticated investor goes through a due diligence process, marking the portfolio.

Elsewhere LP advisory committees bring input, advice and sometimes criticism to GPs on how they are marking portfolios and reporting flows . CommonFund ranks PE managers according to their Distributed to Paid In capital (DPI) levels that takes into account the capital flowing out of the fund. Investors may have a high IRR or high multiple on invested capital (MOIC), but have no realised gains, warned Anson. “How much money are you getting out of your managers?” he asked.

In a catch-22 companies staying private for longer is stretching the time between investors putting money in and getting their cash out. This in turn is increasing dependence on unicorns.

Understanding the cost of investment management

Since taking on the job of head of private equity at CalPERS two years ago Greg Ruiz has spent considerable time getting the portfolio back on track, understanding the positions and allocating capital. Now as the fund almost certainly will allocate more assets to private equity as part of a new asset allocation, Ruiz is looking to add to the sectors where the fund is underweight including venture.
Amanda WhiteAugust 24, 2021
View more articles