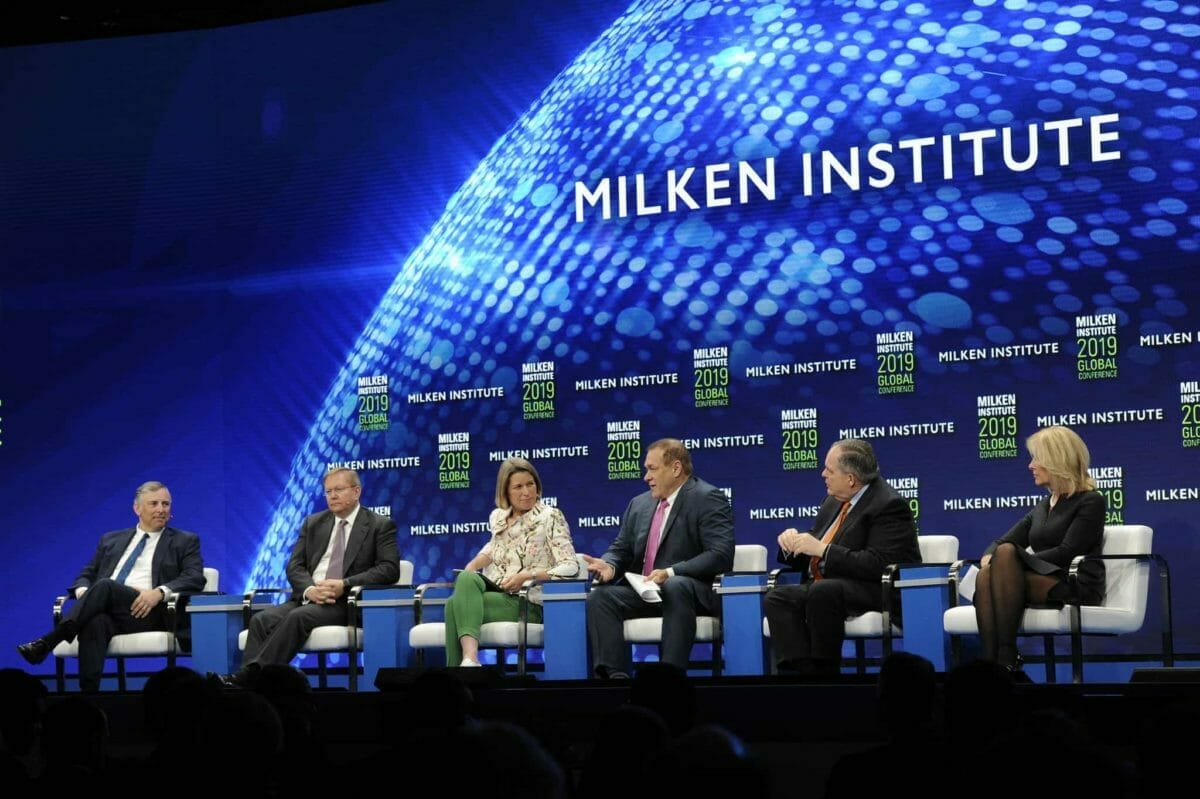 Following comments from the IMF’s Christine Lagarde on the global economy a turbocharged session at the Milken Institute Global Conference saw chiefs of five large financial services firms explore their concerns about the global economy.

In that session Tom Finke, chief executive of Barings urged all market participants to be more aware of the implications of inequality in jobs and salaries.

“If we wait for the political system to figure it out, we’ll fall further behind, we need to lead,” he told delegates. “These issues have a big impact on the global economy.”

David Hunt, chief executive of PGIM, who wrote an article on LinkedIn ahead of the conference tha covered the issue of inequality and its impact on the global economy, said while inequality was important it was part of a broader narrative.

“More than one billion people have joined the middle class so from a global perspective inequality is changing, but it doesn’t feel like that in developing markets,” he said. “From a larger perspective, alongside income inequality people are also experiencing a loss of hope where they don’t think the opportunity is there; also they see that the US economy has lost its dynamism; and there is a sense of financial vulnerability. You can see how emotionally Americans feel about why they country is not prosperous.”

Hunt urged delegates, made up largely of pension funds, asset managers and high-net worth individuals, to start dealing with these issues by making a difference to the skills gap in the country.

“We need more coders and data scientists but they’re not being produced out of our educational system. Invest in your own workers and schools and universities to make sure we get the skills we need. Also reach out to those that have fallen out of the workforce, give them vocational training. We need to fix the skills gap,” he said.

In addition to the skills issue, PGIM’s Hunt said the massive amount of infrastructure spending needed in the US was a real concern.

“We need $100 billion a year in the US to begin to upgrade the infrastructure, how do we do that? We need to bring dynamism back to the US economy,” he said.

But the problem with infrastructure in the US, according to State Street chief executive Ron O’Hanley was that most of the assets are controlled at the state level.

“There needs to be a convention between federal and state governments to figure out how to work this out,” O’Hanley said. “There is plenty of investor demand but there is no system in place for public private partnerships.”

In further conversation about the risks in the global economy Credit Suisse’s chief risk officer, Lara Warner, said she was worried about the fragility in Europe.

“I worry we are in a period where small earthquakes can lead to large tsunamis. Europe seems to be the place which is most fragile,” she said.

“We are most worried about Europe and are steering away from Europe. US equities we like and emerging markets.”

State Street’s O’Hanley observed the impact of technology and consolidation in every industry.

“The risk is no longer too big to fail but too small to scale,” he said. “We have to think as investors about how to invest in something that ultimately has scale.”

PGIM’s Hunt said his firm spends a lot of time on the consideration of cyber risks, citing it as the firm’s number one risk concern.

“Risk is likely to come from technology and cyber attacks on infrastructure of the financial markets. That’s the biggest risk we spend a lot of time on that,” he said. “We will see risks from different places we have seen before.”

With regard to disruption Barings’ Finke also said financial services firms need to disrupt themselves.

“We look at the risks of what will disrupt the companies we invest in and are they aware of it. But we also look at whether we are disrupting ourselves to bring a better result to our clients.”

The session expertly chaired by head of Bloomberg Economics, Stephanie Flanders, explored some of the ideas brought up by Christine Lagarde, including productivity growth, mystification of inflation, worry about levels of debt, and problems of capitalism.

PGIM’s Hunt said he disagreed with Lagarde’s view that there was a synchronised slowdown in economic growth.

“There’s not a synchronised slowdown at all. The US is doing very well, but we are quite worried about Europe. What’s happening in Germany is a surprise. And we are optimistic about China. There is quite a lot of disparity regarding growth.”

Productivity is a key way out, he said.

“But companies are not investing enough in their own technology to believe productivity will grow. We have a long way to go on productivity.”

Chief investment officer of Guggenheim Scott Minerd said that in the short term there will be a bounceback in global growth.

“We will see long term rates rise and the yield curve steepen. The base case is the economy picking up momentum and the lull in inflation will slowly fade away,” he said. “Most telling is risk assets – equities and bonds are inflated in value and investors are not being compensated to take on a lot of risk. This is not the time to take on risk assets.”

Guggenheim’s Minerd is pessimistic and said investors should be expecting a reversion to the mean. The firm’s forward looking expectation for US equities is 1 to 2 per cent return.

PGIM’s Hunt agreed assets are incredibly priced around the world calling it the biggest risk in markets.

“How do we get returns we’ve got? Volatility is not risk, volatility gives us an opportunity to get in at a reasonable price. The biggest risk is we don’t have a little bit of correction in prices to allow us to get into markets.”

The new normal of lower for longer will be around for long period of time, the panel said.