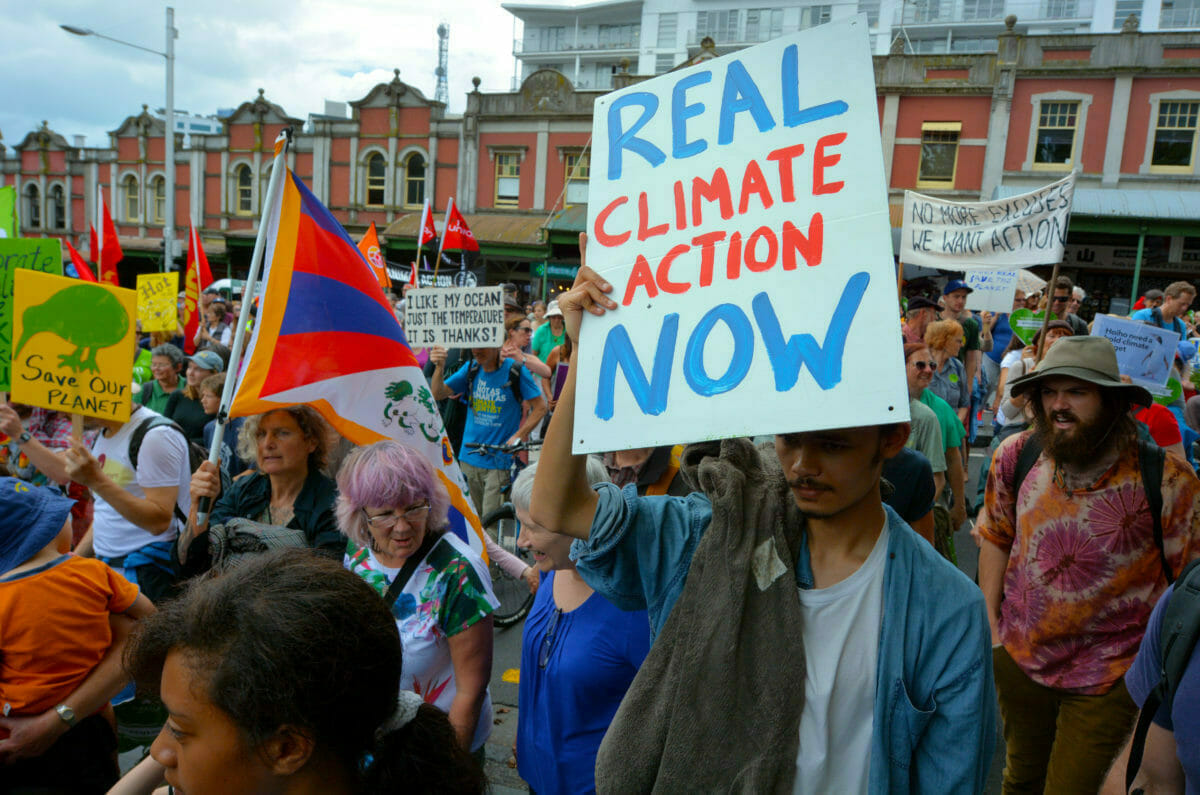 Asset owners around the world are turning to Australia for judicial guidance on how to manage climate change risk when investing other people’s money.

In a world first, 23-year-old Mark McVeigh has filed a legal actionalleging the trustee of his retirement fund, the Retail Employees Superannuation Trust (REST), breached the fiduciary duties owed to him by failing to adequately consider climate change risks.

McVeigh is unable to access his superannuation until 2055. Climate risks are biting now, and his investment horizon is stretched. The claim does not allege financial loss. McVeigh seeks declarations from the court to establish the trustee breached its duty. He also seeks injunctions to prevent future misconduct.

The unique case has global ramifications.

With almost $40 billion under management, REST is one of Australia’s largest asset owners. It is in the top 150 pension funds in the world. A judgment will make law on how a major asset owner should address climate change risks when managing other people’s money.

McVeigh’s lawyers filed the case in the Federal Court of Australia in September this year.

It builds on a landmark 2017 public opinionby Noel Hutley SC, one of Australia’s most respected commercial barristers and president of the Australian Bar Association, and James Mack. They advised that trustees and trustee directors mustdo three things in the face of climate change:

According to the opinion, trustees should consider changing the composition or diversification of the funds’ investment portfolio to address climate risks. That, of course, can mean divestment.

In addition to reviewing the fund’s investment strategy through a climate lens, McVeigh alleges REST’s trustee should have performed additional acts.

The first is to comply with Task Force on Climate-related Financial Disclosures (TCFD) recommendations on disclosure and risk assessment. Notably, the TCFD wants funds to stress-test investment portfolios based on a world that limits warming to well below 2°C, in line with the Paris Agreement.

The second is to seek information from investment managers about investments’ exposure to climate risks and how those risks are being managed.

McVeigh’s case and Hutley’s opinion are both founded on principles of fiduciary duty that require fund managers to:

Asset owners around the world ought be familiar with those duties.

A case of this type has been expected for some time. Fund managers were duly warned in the 2015 Principles for Responsible Investment publication Fiduciary Duties in the 21st Century. The report synthesised legal advice from eight jurisdictions and reminded asset owners that being passive was not an option. It concluded that a failure to consider long-term investment value drivers such as climate change would be a failure of fiduciary duty.

It is no surprise then that major investors around the globe are paying close attention to McVeigh’s case. A decision should be forthcoming from mid-2019.

A minority of pension funds reviewed for the GPTB publicly disclosure their organizational strategy in a way that goes beyond disclosures of economic and market conditions and the impact on the performance of their investments. Michael Reid argues there is room for improvement in communicating key corporate activities to stakeholders.
michaelreidNovember 2, 2021
View more articles