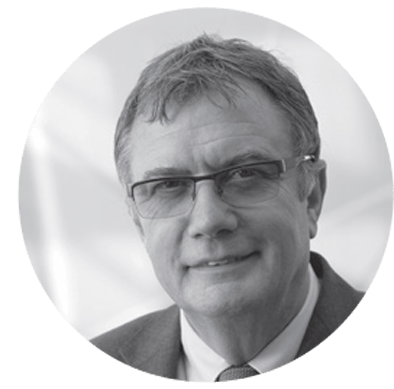 Running a pension scheme, regardless of size, is not a job for the faint-hearted. After a number of high-profile failings, it comes as no surprise that questions are being asked about the role of the pension trustee, and whether tighter control and scrutiny are required to better protect pension members in the future.

When you add to this the already significant challenge of keeping up with legislation, an ageing population and technical issues around investment, being the trustee of a pension scheme looks especially overwhelming; however, despite the increasing pressure and scrutiny, I believe trustees have a great opportunity ahead of them and that, in fact, the role of a trustee today is simpler than ever.

The primary role of a trustees today is steering the ship in the right direction.

The Merchant Navy Officers Pension Fund is different to many pension schemes in some ways. It is a multi-employer scheme (we had 300 employers at the last count) and it is a last-man standing fund, meaning the liabilities pass to the last employer in the scheme when the other employers have ceased to participate or become insolvent. It also has multiple sections that have developed and changed over the years.

In other ways, MNOPF is not so different. With £3.3 billion ($3.9 billion) in assets under management, it is a moderately sized pension fund, and its overriding aim is to create sustainable benefit security for its members.

Established in 1938, the scheme has experienced a great deal of change. Just 10 years ago, it was in a very different position to the one it’s in today. Back then, the fund was divided into two portions: the old section for pre-1978 benefits and the new section for benefits after that. It had a deficit of about £400 million ($527 million), a poorly mapped-out governance structure and a lack of accountability and ownership on investment matters.

We could not continue down the path we were on. So, in partnership with the chief executive, we set about making changes. We established a ‘journey plan’ that would result in a better funding level for the MNOPF and ensure the running of the scheme was effective, efficient and wholeheartedly in the members’ best interest.

Step one was ensuring the make-up of our trustee board was right, which meant bringing in a broader diversity of experience and background, and creating a clear picture of what was expected from each member.

I truly believe one of the key strengths of a trustee board is the diversity of life skills that each individual brings. When you sit in a trustee board meeting, it matters not a jot whether you are a so-called expert or a cashier or a pilot or a seafarer. What matters is your ability to evaluate what you are being told, being prepared to question what you don’t understand, and being ready to make clear decisions that are for the good of the fund.

Establishing diversity and setting out a mandate of freedom to challenge ensured that our next step, engaging expert advisers, would go much smoother.

With the plethora of different skills and expertise required to run a pension scheme, it is impossible to believe it can all be done in-house. For MNOPF, greater and clearer accountability for investment decision-making and execution was essential if we were going to reach full funding by 2025. We felt the best way of introducing the specialist knowledge and additional resources required for the Journey Plan with minimal risk was for the fund to become an early adopter of the fiduciary management model.

As a trustee board, we wished to remain responsible for overall levels of risk and the investment strategy; however, with clearly defined responsibilities and accountabilities, the external fiduciary manager mandate would make portfolio construction and decision-making more dynamic and opportunistic, with additional value added through manager selection, asset allocation and liability hedging designed to provide required investment returns with less risk. It would also enable the trustees to sleep better at night knowing all of the detail was not with us.

When we started this journey, delegation was in its infancy. We had to travel to the Netherlands to learn more about how large funds considered delegation; no large UK funds had been brave enough to do it at that point. But if we were going to radically improve our funding and execution capabilities, we had to be innovative. We also knew we were going to be setting a precedent and attracting attention, as MNOPF was a high-profile scheme because of its maritime industry status. There was some weight on our shoulders.

We knew, therefore, that we needed to manage the process carefully and ensure that we were being thorough with our decision-making. We ran what is believed to be the first intermediated fiduciary management tender exercise involving a great many providers. In 2011, we appointed Willis Towers Watson as our external fiduciary manager, referred to as a Delegated CIO (DCIO).

The intermediated tender is now normal practice in the UK. The 2017 KPMG UK Fiduciary Management Survey states that 60 per cent of all tenders in the UK that year intermediated, but at the time it was an innovative approach.

Delegation does not come without checks and balances. DCIO is a powerful position and to oversee the performance of ours, we appointed an independent investment adviser, Hymans Robertson. This model is also becoming more commonplace, with about 20 per cent of schemes using it, the KMPG Survey found.

An enabler for de-risking

The newly established governance structure gave the trustee board more time to focus on strategy and oversight. We no longer needed an investment committee, as the entire board could now play that role. Gone were the days when just a few trustees understood the investments; now the whole board would actively participate. The new strategic focus allowed the board to consider incremental insurance settlement opportunities. By 2012, the funding position of the old section had improved so much that it was worth approaching the insurance market for full settlement.

The role of the DCIO in this was to align the portfolio with insurers’ requirements. The trustee board then made the decision in December 2012 to do a 100 per cent buy-in of all the old section liabilities, followed by a full buy-out in 2014. For the remaining section of the fund, a longevity hedge of £1.5 billion ($1.9 billion) was implemented in 2014, and in 2016 the fund closed to future accrual. The DCIO carefully controlled investment risk by making full use of the opportunity set. Over the five years to December 2017, it delivered a return of 2.7 per cent a year in excess of the gilts-based liabilities, at a tracking error of only 2.6 per cent a year. Returns, alongside contributions, helped improve the gilts-based funding level to about 90 per cent by the end of 2017. This enabled the trustee board to complete a £490 million ($646 million) buy-in with Legal & General in December last year.

For the next generation

Now that MNOPF is closed to future accrual, de-risked and well on track for future funding, the focus shifts to the future of pension provision for the maritime industry, via the Ensign Retirement Plan (ERP), the industry’s defined-contribution master trust.

Our delegation model for governance and investment brought in expertise that we could not afford in-house and provided greater clarity around decision-making. But it also freed up time. The establishment of ERP was a fundamental part of the MNOPF’s journey plan and now enables us to protect the retirement outcomes of the next generation of seafarers.

My advice for pension fund trustees:

Ready for the rough switch to low-carbon