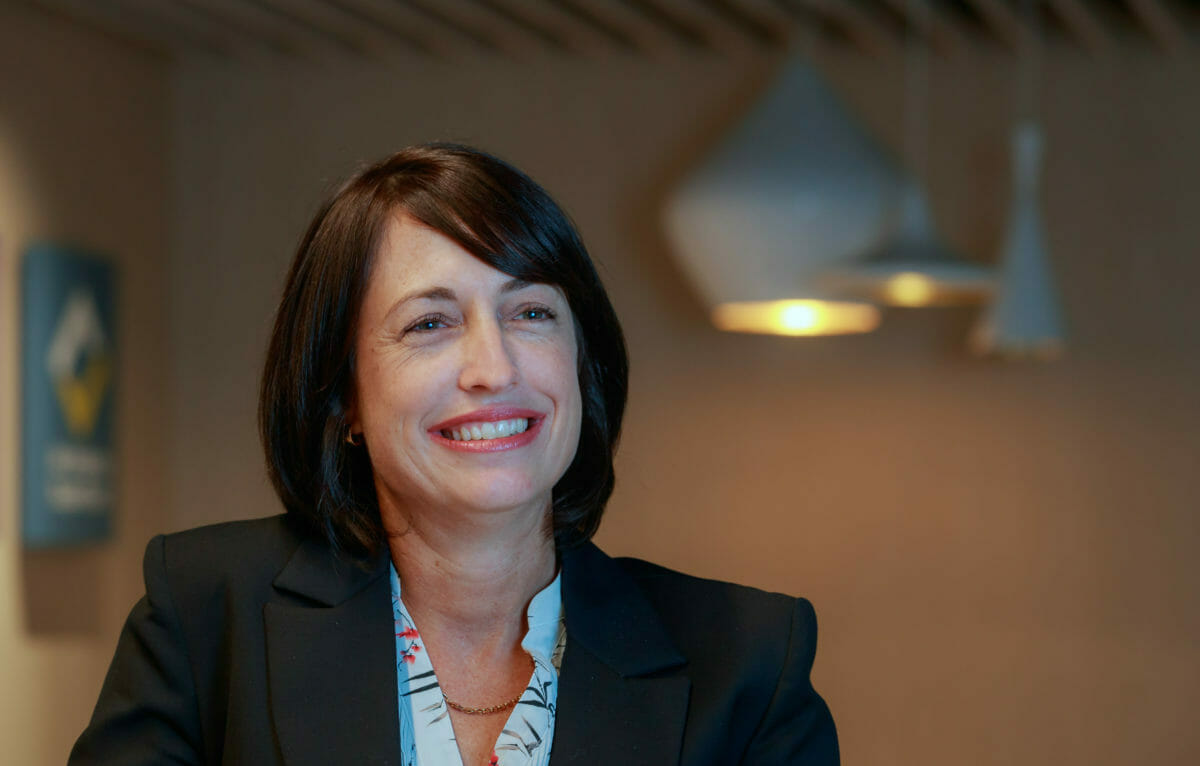 Sometimes change is hard to swallow. This is especially true when there is nothing wrong, so to speak. In organisations whose business is managing superannuation assets, change seems to be a particularly hard concept to embrace. But across all industries and all pursuits, the best-performing businesses are in constant evolution.

HESTA, the $43 billion fund for health and community workers, has performed well. It has served its members, generating 8.82 per cent since its inception about 30 years ago.

The fund is one of the more established in Australia and grew up in the old-school industry fund era, with a strong focus on its members, who are mostly women and low-paid workers. In 2015, Debby Blakey became chief executive, when Anne-Marie Corboy left the fund after 16 years in the top job. Under Blakey’s reign, HESTA has embraced change, including a fundamental look at its investments.

This began about 18 months ago, with a project of transformational change led by Willis Towers Watson, developing ground-up investment beliefs and an examination of what would drive the fund’s competitive advantages and governance framework.

An investment committee was established 12 months ago, and former head of the Future Fund, Mark Burgess, was appointed independent chair; previously, HESTA had never had such a committee, with the whole board performing this function.

In more change, Angela Emslie, who has been on the board for 24 years and chair of the fund since 2010, will step down at the end of her term.

The final piece of the investment puzzle was to choose a new chief investment officer; Sonya Sawtell-Rickson, former investment director at QIC, was appointed last July.

“The world has evolved materially and we thought our success in the future would be based on different things than in the past,” Sawtell-Rickson says. “Scale will allow different opportunities and my job is to help implement that. We are still very much focused on members.”

The fund is expected to grow to $100 billion in the next couple of years. Sawtell-Rickson’s role is to look at the whole investment management function, which up until now has been mostly external and organised around siloed asset-class functions.

“My role is to turn strategy into action. We had a blank sheet of paper, which was one of the exciting things for me in joining,” she says.

The team identified a number of things it wanted to address. The first, and arguably the most important, was to reorient the business to a total-portfolio approach. Many large funds use this model to great success, notably world-class organisations Canada Pension Plan Investment Board, the Future Fund and New Zealand Super.

Willis Towers Watson global head of investment content Roger Urwin, who led the transformation with HESTA, says there are benefits to a fresher approach to capital allocation.

“Mandates are subject to tracking error but that is not the risk the fund is really interested in,” Urwin says. “Total portfolio management is worth about 50-100 basis points [above] strategic asset allocation.”

A move to a total-portfolio approach (TPA) has meant reorienting teams away from asset classes. Sawtell-Rickson says the advantages of this include the ability to be more agile with opportunities, and flex up and down the risk curve.

“As an example, we didn’t want an Australian equities manager playing a theme we thought was meaningful but that didn’t get out of the asset class and so didn’t affect the total portfolio,” she explains. “We have changed the way we approach ideas so we can get to the total-portfolio level. For that, you need the right benchmarks, incentives and behaviours.

“The core of TPA is a mindset and cultural shift. The first step is to get people to understand the case for change.”

To that end, monthly strategy forums have been introduced where the whole team is part of the conversation.

“These meetings differentiate between strategy and risk. They enhance idea generation and encourage action across asset classes,” Sawtell-Rickson says. “We are focusing on harnessing our collective intelligence – how can we do things better, differently and be more adaptive.”

As part of the cultural shift, the fund will introduce incentive pay for the first time. While the specifics are yet to be determined, it will apply to the senior investment team and be focused on the total portfolio.

“This is an area of focus for industry funds and we’ve taken it seriously and carefully. But we’re in a competitive market and would end up paying higher bases if we didn’t pay incentives,” she says.

Similarly, benchmarks are being reviewed, with a move away from static strategic asset allocation and more towards deciding how much risk the investment committee wants to take on. (The Future Fund uses equity beta and bond beta. HESTA will use a similar concept.)

HESTA is still a small organisation and the agile decision-making this allows is not lost on Sawtell-Rickson.

Her focus is on improving alignment, building collective intelligence and contributing to the deal flow, all with the purpose of better outcomes for members.

“As a woman in finance, having a membership that is 80 per cent female is very special,” she says. “It’s wonderful having the one purpose – solely to produce strong investment returns to members.”

Under her leadership, HESTA will launch a research and innovation lab where all ideas can be captured and the team will vote on them. The priority ideas will be those that have conviction, are measurable and actionable.

There will also be longer-term research priorities, with themes such as climate change, demographics and long-term investing.

“The ideas can come from managers or internally and we’ll use them in a practical way; for example, [we’ll ask if we] can amplify trades that managers are doing or if there’s a theme more broadly on one of their trades,” she says. “It’s around differentiating ourselves in the investment market – how can we be a strong and respected partner, and articulate our thinking and edge clearly.”

One of the research pieces being undertaken is called “level playing field”. This will compare, for example, unlisted real estate, high-yield debt and insurance opportunities.

“We can be nuanced and timely with how we approach that. We can make strategic decisions every day,” Sawtell-Rickson says.

TPA is one of four workstreams Sawtell-Rickson has been driving. The others are long-horizon investing, the investment value chain, and the investment operations and internal model.

HESTA employs 17 investment professionals. With its ambitious growth plans, it expects to double this over the next 12 months; in particular in quantitative analysis, research and execution. The fund is also in the market for a new general manager of quantitative solutions and risk, and will add top-down risk analytics to the team.

Sawtell-Rickson will then have four general managers reporting to her: Andrew Major, who looks after unlisted assets; James Harman who is responsible for listed; Gary Gabriel who is in charge of strategy and risk; and the new quantitative solutions general manager.

Underneath that structure, there will still be investment managers who specialise in asset classes, but the focus will remain on the total portfolio.

“Part of the challenge is how we bring them together; the listed markets skillset is different to the unlisted,” she says.

Dynamic asset allocation is a daily process, in which the team looks at where the markets have moved and

“As a broad principle, we don’t have a skill edge in predicting markets over 12 months,” Sawtell-Rickson says. “Our forward-looking valuations over three to five years are more predictive, and we have an advantage with our patient capital.”

Long-horizon investing has been identified as one of the advantages of the fund, and Sawtell-Rickson says it provides unique opportunities.

The most obvious of these is the illiquidity premium, which doesn’t just mean allocating to unlisted and other long-term investments; the fund also can be a provider of liquidity and access sellers and buyers of assets at different points in the cycle.

“We are challenging ourselves to think about some of the structural things in the investment chain,” Sawtell-Rickson says.

As an example of this, she points to infrastructure and whether direct investments, and more evergreen exposures, make sense.

The fund is also focusing on better alignment of its investment managers and other agents to the long term.

and Hermes EOS – conducted 464 meetings with companies. HESTA is encouraging its investment managers to elevate engagement as a priority.

The fund is also looking to work with managers differently. And while there is no set target for internal management, the fund buys into the potential improvement in alignment, costs and insight that in-house work can bring.

HESTA also wants to leverage its scale on costs.

“We want to make sure where there is scale it is being used as operating leverage. There has been profit capture the partner side as FUM has grown. We want to take a fresh look at that.

“We want to work with managers to develop improved fee models, which reward strong performance, long-term partnerships and member alignment – with a focus on not inappropriately leaving cost on the table. HESTA has differentiated itself through its incredibly strong purpose and unique membership and we are looking for alignment through agents and partners who want to share in that.”