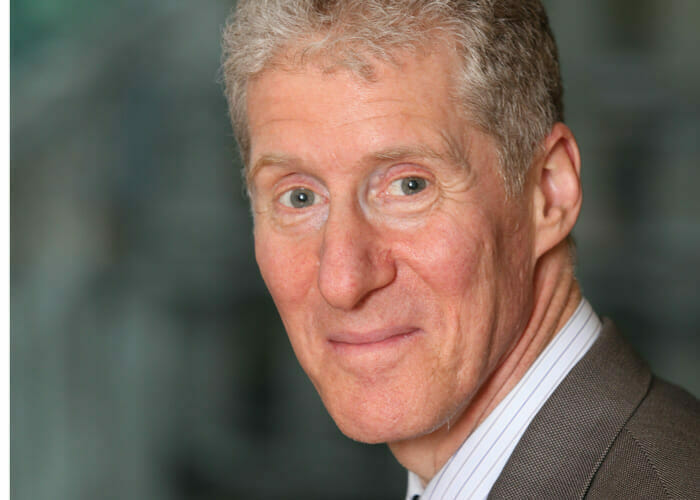 USS, which provides pensions for 390,000 university staff spread across 350 universities, runs an innovative and successful investment strategy. Yet a £17.5 billion ($23.2 billion) deficit directly threatens university employers and their lecturing and academic employees.

USS disputes the figure, measured according to Financial Reporting Standards, arguing the deficit is, in fact, closer to £12.6 billion ($16.6 billion) as per “technical provisions” in Pension Regulator rules. However that quarrel plays out, the problem remains. It could lead to a hike in contributions and cuts to benefits, affect university research programs, and even force an increase in student tuition fees.

A key reason for the deficit is the large drop in long-term interest rates, which has inflated liabilities. Assets grew 20 per cent, to £60 billion, in the 12 months to the end of March 2017, but didn’t outpace the growth in liabilities, and the funding level has dropped to 77 per cent from 85 per cent.

But blaming interest rates doesn’t entirely divert scrutiny of the growth-focused strategy run by chief investment officer Roger Gray, who oversees a portfolio that includes a growing allocation to private markets, direct investment, and exposure to frontier economies like Egypt’s. Critics are calling for a cautious approach and more liability-matching assets. In an interview from USS’s London headquarters, Gray, with his familiar measured consideration, makes the case for the strategy he has shaped over the last eight years. He is resolute in his conviction that the funding position would be much worse without it.

“The deficit depends not just on asset performance, but also on contributions received and the revaluation of the scheme’s liabilities, based primarily on expectations for future returns, inflation and mortality,” he says. “The in-house investment team is tasked with outperforming the benchmark over five-year rolling periods through dynamic asset allocation across the full range of public and private market investments. Over the last five years, our principal review period, the scheme’s diversified portfolio has outperformed a liability-matching portfolio of index-linked gilts by about £10 billion.”

About half the fund is invested in equity-like investments, one-third in fixed income and the balance in infrastructure, property, private debt, commodities and absolute return.

Gray does acknowledge recent challenges, none more so than navigating the market fallout from Brexit last June.

“To have predicted Brexit, and predicted the adjustment to bond yields, would have been very helpful,” he says. “Brexit was painful for us because of the extra low bond yields that afflicted the UK.”

Gilt yields fell as market perceptions of the country’s fortunes outside the European Union took a dive.

As yields plunged, bond prices rose, creating another problem. In a gradual de-risking trajectory, USS is increasing its allocation to liability-matching gilts, but it had to hit the pause button in the wake of Brexit. Investors started favouring the safe haven offered by UK sovereign debt over other investments like stocks, making buying bonds to hedge liabilities a costly strategy.

“De-risking over the last 18 months has not progressed because government bonds [have become] the most expensive they have been in history.”

Moreover, looking to the future and the prospect of yields partially reverting from historically low levels, he foresees substantial capital losses in UK gilts over the next 10 years as bond prices fall. One strategy to counter this has come via switching bond exposure to the US, where USS now has a 10 per cent allocation to US government bonds.

“The majority of this is in Treasury Inflation-Protected Securities,” he explains. “Long-maturity TIPS offer yields about 2.5 per cent above UK index-linked, near the highest spread seen historically.”

During his tenure at the fund, which Gray joined from Hermes Fund Managers and, prior to that, a seven-year stint in academia, he has built up the matching portfolio. The ratio of growth to liability matching assets has reduced from a 90/10 split, respectively, to two-thirds of the portfolio now being invested in return-seeking investments and one third in fixed income. The de-risking journey will continue over the next 15 years – it just can’t be rushed.

“Because of our size, it can’t be sudden, but our long-term plan is to reduce risk over multiple years,” Gray says.

Although USS is still in growth mode, Gray is increasingly choosing assets that allow him to hedge liabilities indirectly and guarantee reliable cash flows under the return-seeking umbrella. Private markets account for about a quarter of the whole portfolio but will grow to about 35 per cent in the next five years. It is home to a variety of allocations spanning traditional private equity, but also special situations, property and infrastructure, along with a growing allocation to shorter duration private credit.

Here, USS earns stable cash flows from providing finance in an allocation that includes new investments such as fund financing. In this strategy, USS provides senior debt financing to asset management firms that have raised direct-lending funds to finance growing corporations – many of which need an alternative to dried-up bank finance.

“Performance of private debt funds would have to be very bad before the senior fund financing we provide would be impaired,” Gray says. “It is a high credit-rated debt investment with quite a substantial spread in terms of the interest rate above Libor. Here is a way of gaining a spread over cash without taking duration risk.”

USS has a 4.5 per cent allocation to emerging market debt that Gray also foresees growing in importance.

With this in mind, he has combined the talents of the fixed income, multi-asset and emerging markets equities teams to manage part of the emerging market debt allocation. Investment is mostly in local currency; some is inflation-linked and some is in nominal bonds of emerging economies.

“The big thing here is investing in countries that have a significant, positive real rate of interest; a real yield on their bonds,” he enthuses.

Brazil, for example, has a 5 per cent real yield on its inflation-linked bonds; other popular markets are Mexico, Uruguay and Egypt.

“Investments here will support returns that are significantly ahead of, for example, UK index-linked yields. These are assets that we think are providing a better long-term return by a considerable margin. Obviously, the risk is not identical to gilts, but in a balanced portfolio, they have a part to play.”

He adds that the allocation is split evenly between internal and external management.

“The asset mix will be opportunity-led and we will always balance that risk across public markets with liquid investments of the scheme,” he says.

Still, he is mindful of the risks of investing without managers.

“We must be careful not to overestimate our own capabilities,” he warns, adding that the growing portfolio demands new skills and expertise that USS doesn’t necessarily have. It has given rise to a flexible strategy seen in action in 2015, when USS followed its 100 per cent purchase of the UK’s largest motorway service station provider, Moto, by selling a 40 per cent stake to private-equity partner CVC Strategic Opportunities.

“We will bring in operational expertise where we don’t have it in our own team. We often look to complement our own capabilities as a financial investor with the appropriate expertise.”

It is a hybrid model that hasn’t stalled growth in Gray’s internal team, which now manages 70 per cent of the portfolio in-house, with the private markets division accounting for about 30 staff.

The salaries and bonuses paid to the internal teams have become a lightning rod for anger over looming contribution rises. Yet Gray is quietly adamant that internal management reduces manager fees enough to justify the salaries and rewards for outperformance.

“According to independent analysis, our investment costs are £34 million ($43 million) a year, lower than our large global pension fund peers, and we are more internally managed than our peer group.”

He says most investment cost resides in external private equity and hedge fund fees. Total investment costs fell to 32 basis points in the latest financial year, down from 39 bps and 47 bps one and three years prior, respectively.

“This is explained by strong asset growth but also a moderate increase in overall assets managed internally, especially in direct private market investment.”

Repairing USS’s funding deficit will be difficult, given the prospect of lower future returns, and will take much more than a reversal in current bond yields. Difficult decisions around contribution levels and benefit cuts will inevitably pile the pressure on a strategy shaped less around hedging liabilities and more around growth. Whether the deficit forces a change in the asset allocation and a repositioning of the portfolio remains to be seen.