Home>Opinion>Don’t sit on your hands with carbon 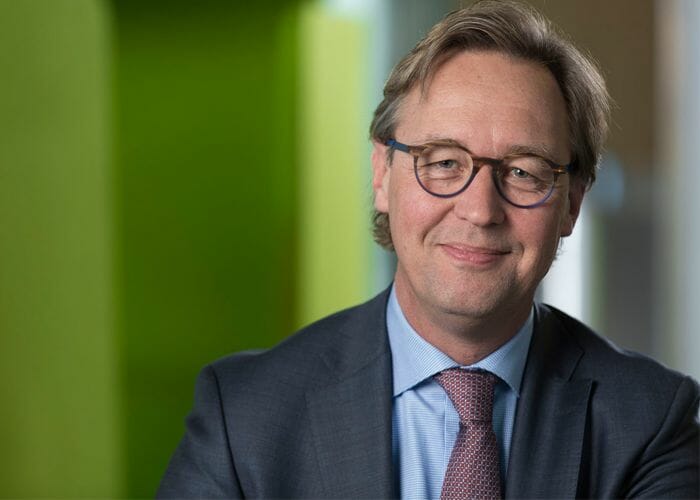 So here we are, after COP21. Humanity will start acting in order to avoid global heating in excess of 2°C in 2100. The board has asked the question: how will you deal with carbon risk in the investment portfolio? The regulator is starting to show interest in this problem after the visionary speech of Mark Carney at Lloyd’s. Any ideas?

Not much of the climate conversation has so far been translated into changes in the policy and implementation of investment portfolios of large institutional investors. But the real world is already changing and the impact can be huge.

For example, the German utilities sector has seen a dramatic loss in power and value over the past decade as a consequence of the Energiewende.

The coal sector saw an enormous loss in value over the past year since large investors like the Norwegian Oil Fund started to move away from the sector. And according to Goldman Sachs, between 2015 and 2020 solar and onshore wind will add more capacity to the global energy mix than the US shale revolution did between 2010 and 2015.

Why carbon risk has been ignored

Although there have been good reasons historically to ignore carbon risk, the time has come to make conscious decisions around it. It is a major externality on the brink of becoming internalised. Bob Litterman argues that managing it is part of the fiduciary duty.

There are in my view four major reasons that no action has been taken so far:

So here we sit. What can we do? I think it is time to lay the groundwork: both the board and the investment management organisation should be aware of the risk, understand it, evaluate it and start to monitor it. The groundwork is exploratory. It has to become part of the investment DNA.

I would not be surprised if the groundwork would take at least a calendar year. Actual mitigation of the risk on a large scale can be built later on top of the groundwork.

My idea for approaching this challenge would include both top-down and bottom-up strategies.

Start at the front end of the investment chain. Connect the people from the responsible investment department with the economists and the strategists.

Risk management should be involved. Ask them to together come up with a picture of how and where climate change risk may influence expected risks and returns. They can build on some of the excellent material by Mercer, Blackrock, Citi and Barclays, for example.

My high-level reading of the outcomes of the research thus far is:

The fact that climate change is hard to fit in the traditional asset class roster is a major hurdle: should the strategists and economists next to their traditional angle look at the portfolio through a sector lens? My answer is yes – if the influence of climate change on potential investment outcomes is in the same order of magnitude as or larger than other slow moving risks that impact the portfolio, such as the ageing of the global population.

A relatively simple first step might be to understand how a carbon tax/price of between $40 and $100 per tonne of CO2 today would impact the portfolio. Why start with a tax angle? Because a price is a concrete basis for analysis.

The key requirement is not to project a path of the future carbon price, but rather to understand the impact of a carbon price on the different components of the portfolio. And understand the order of magnitude as compared to things you deal with every day, for example, a tax of between $40 and $100 would roughly lead to a permanent increase in the price of oil of between $15 and $40 per barrel. Who would suffer and why? Which assets will be stranded at which carbon price? Who could profit and why?

With the insights of the first step in hand, the second step then would be to start having dialogue with the actual investment teams.

The longer their investment horizon, the more they should take carbon risk into account already in their investment decision making: it is hard to imagine that you invest in a long-lived coal power plant today without thoroughly understanding what a carbon tax would do to projected cash flows and the value of the investment.

This dialogue should lead to an understanding of which investments are relatively risky and which are relatively promising. It is, for example, hard to imagine a future without a serious energy sector, but the composition of the sector will certainly change dramatically over the next decades.

By combining the bottom-up and the top-down views, it should be possible to draw a roadmap of the integration of carbon risk in the investment approach and define concrete next steps for monitoring, managing and mitigating carbon risk in the portfolio, which can be rolled out in the next few years.

I hope that the ideas in this piece help you. I am a certain there are other approaches. I invite you to share your ideas and approaches to this problem.