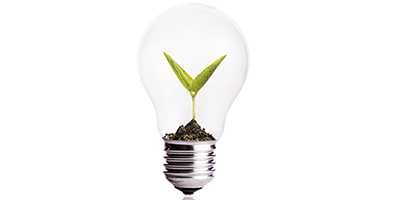 Active ownership by investors is becoming increasingly recognised for delivering a range of business benefits from helping to protect corporate reputations, to increasing share prices.

Active ownership funds, i.e. those that use voting and engagement as part of their investment strategy, are estimated to be worth at least €1.9 trillion in Europe and $4.7 trillion worldwide, according to the Global Sustainable Investment Alliance; and this year a record number of shareholder proposals on environmental, social and governance (ESG) issues at listed US firms have been reported.

To acknowledge the growing momentum behind active ownership as an investment strategy, this week investors in the UK will mark Ownership Day – an initiative dedicated to raising awareness of its benefits

There are numerous examples of the business benefits of active ownership from reputation improvements to increased shareholder value.

The research concluded that share prices rose by an average of 4.4 per cent in the year after an investor engagement was concluded.

One of the world’s most high-profile active owners is CalPERS (California Public Employees’ Retirement system), the largest pension fund in the US.

Each year CalPERS engages with a selection of companies (known as their focus list) judged to be performing poorly in areas such as corporate governance. Over a period from 1992-2005, CalPERS calculated that their focus list activism helped create shareholder value of over $3 billion.

The benefits of active ownership extend to wider society too. For example, in 2001 a group of investors in Gap submitted a resolution at the company’s AGM asking the company to address poor labour practices within its supply chain in order to avoid its brand becoming at risk from a consumer boycott.

This active ownership triggered several years of work that has resulted in steady improvements and now 99% of Gap factories being closely monitored for poor labour standards.

Starting in 2009 a collaborative engagement facilitated by the UN-supported Principles for Responsible Engagement saw investors engage with 16 major consumer electronics companies to ensure the companies’ supply chain policies and practices were transparent and sufficiently robust to address risks of involvement with conflict minerals in the Eastern Congo.

The engagement resulted in scores for overall company performance in this area increasing by an average of 23 per cent from 2010 to 2011. Improvements were seen in the area of public disclosure and in implementation of measures to monitor the activities of suppliers.

This targeted engagement has led to more than half of 256 targeted companies setting tougher targets for emissions. Companies with targets have been shown to achieve year-over-year absolute reductions in CO2e of more than double the rate of companies without targets, as-well as being 10% more profitable than those without targets.

Growth of active ownership in the UK

More than £800 billion of assets are now invested this way in the UK and over 200 asset managers, including 30 of the biggest, have now signed the Stewardship Code – a set of Principles supported by the UK Government to encourage active ownership by institutional investors.

According to a survey by the UK’s National Association of Pension Funds, over 96 per cent of pension funds now support the belief that as investors they should have stewardship responsibilities.

But much more still needs to be done. Only 21 out of 100 individual Local Authority Pension Funds have signed up to the Stewardship Code, as these are significant funds they will not only benefit from significant financial returns but also improved reputation if shareholders become active owners. It now makes business sense for all public funds to sign up or incorporate the Code’s expectations within their Statement of Investment Principles.

If it achieves nothing else, I hope that Ownership Day raises awareness about the benefits of this strategy among pension funds and asset owners, and encourages them to demand more high-quality ownership services from their managers and consultants.

That not only helps protect their returns in the long run but, ultimately, can encourage more responsible capital markets.