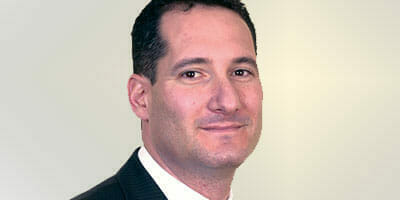 A key ingredient for success in any organisation is strong leadership. It is common in the corporate world for the chief executive to change every five to 10 years as the organisation evolves. Are the same principles true for large institutional investors?

Roger Urwin, global head of investment content at Towers Watson, who also leads the firm’s change consulting to asset owners says external market conditions regularly drive companies to reassess their strategy and re-focus their activities. Asset owners face the same challenges and should look at how their organisations can evolve.

“Asset owners are facing the same pressures to adapt to a changing environment and we have helped a number of them around the world to be more flexible, nimble and prepared for change,” Urwin says.

Similarly, Graeme Miller who is head of investment for Towers Watson in Australia says, different skills and experience is needed in leadership as an organisation becomes larger and more complex.

“In the corporate world it would be relatively unusual for CEOs to stay in the role longer than five to 10 years. In all top companies in the world, change is necessary and the same principles apply to institutional investors.”

Miller says it is possible for individuals to develop and grow their skill sets, so it less about organisations out-growing an individual, and more to do with the needs of the organisation evolving.

“If you think of any organisation that you admire – GE, Apple, Ford – you almost always identify the organisation with an outstanding leader, the same should be true in the context of institutional investors,” Miller says.

The qualities of leadership include passion and vision, commitment, integrity, and the ability to form and articulate a strategy and take the organisation along a journey.

In the institutional investment context Towers Watson considers investment leadership as a triangular relationship structure between the chief investment officer, chief executive and the chair.

“All three individuals are points on the triangle and we believe the strong leadership structures are where there are very sharp points and there is a symmetrical structure with competent, visionary, strong leadership at each point.”

While he says there is an exception to every rule, in general these three functions should be separate and delineated, as different roles with different skill sets.

“Is AustralianSuper a fund manager or an institutional investor? The same could be said of AMP,” he says.

It is Towers Watson’s belief that the asset owners that adapt to change, and enhance their decision making, will succeed.

“Those asset owners whose decision making has become more flexible and efficient at handling uncertainty and ambiguity will be more adept at exploiting the potential opportunities available,” Urwin says.

Also most superannuation funds in Australia have experienced substantial growth because of the compulsory nature of the industry.

“These funds look around themselves and see they must be doing something right, but it is mandated growth. There are clear examples of success but the rising tide raises all boats, I wouldn’t look at assets under management as a measure of success.”

Instead, in the defined contribution world, Miller says risk-adjusted investment performance in the long-term is a better measure of success.

Further he says there other measures that get little attention are important gauges of organisational success. In particular retention of members when they change employment, or move through retirement or when their account balances become material, would be a measure of success.

“If I was ranking the success of superannuation funds it would be their ability to retain members,” he says.

The asset owner industry has grown up in an environment where many investors have operated in a relatively uncompetitive un-commercial environment, this has meant the creative destruction that exists in a commercial and competitive environment hasn’t been present.

Towers Watson believes “with absolute certainty” that the most reliable predictor of outperformance is the strength of investment governance.

“It is present in everything we have seen working with organisations that the key differentiator of successful investors – which all have different investments, asset allocations and attitudes to risk – is the strength of their governance.”

With this in mind it is prudent for investors to reassess their organisational leadership and decision making structures for competitive positioning.