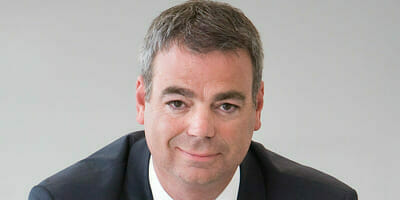 Setting a strategy to keep an ageing pension fund in fine health is “a lot more challenging than selecting where to invest premiums flowing into a young fund,” reflects Frans Dooren, chief investment officer of the Nedlloyd Pension Fund.

Dooren began to skipper investment strategy at the €1.2-billion ($1.6-billion) fund in 2011, taking over after his retiring predecessor’s 40-year spell at the helm.

Dutch shipping company Nedlloyd hit the economic rocks in the early 1990s and was subsequently swallowed up in mergers with British firm P&O and again with Danish group Maersk in 2005. Nonetheless, the task of paying fund members their due remained and, naturally enough, became more urgent as the numbers of active members declined.

Ensuring the investment strategy protects the downside risk is vital when close to 70 per cent of members are drawing benefits, Dooren points out. It has been made all the more essential though by a curious quirk in the pension fund’s accounts.

On the one hand, the fund has generated enough returns to defy the drain on its assets caused by a steady majority of retired members – increasing its total assets by more than 6 per cent between 2008 and 2012. On the other hand, it saw the funding ratio slip from a healthy 114 per cent in 2009 to 105 per cent at the end of 2012, just above the Dutch Central Bank’s minimum.

That has been tough for the fund to deal with but it has gained some relief in 2013 with the funding ratio increasing somewhat in the course of the year and, Dooren reckons, “our whole funding situation will be solved if interest rates rise again”. His optimism is well grounded: the Nedlloyd fund set itself on course to greatly benefit from rising interest rates in 2010 when it exchanged its interest rate hedges for swaptions, which pay off if rates rise.

Hedging has been a key part of an investment strategy designed to stop market misfortune eating into the fund’s benefits. Another pillar of this approach is the 40 per cent of the fund that is invested into a “matching portfolio” of bonds.

The fund has aimed to match 50 per cent of cash-flow liabilities with government bonds with this portfolio, but Dooren concedes low bond yields mean less than this target is currently covered – around 44 per cent of cash flow.

“Low government bond yields are making the performance of our return-seeking assets more important” as a consequence, Dooren explains. Swaps have also been used to help the matching portfolio meet its target.

Interestingly, the Nedlloyd fund has made a number of alterations to its use of hedging in the past few years.

The most notable case involved exchanging interest-rate swap hedges for swaptions, although “looking at the way interest rates have continued to drop since 2010, you can probably say we went into swaptions too soon,” says Dooren. He remains confident that it was a fundamentally good idea, and one the fund would repeat if placed in the same situation again, due to the good chances of future interest-rate rises. He explains it was made not as a bold or risky macroeconomic bet, but simply to continue covering the downside should rates rise.

Currency hedging was also dropped in 2011. A key reason for that was the desperate outlook for the euro at that time made the fund less concerned about assets held in foreign currencies. Dooren explains that the liquidity restrictions that are a prominent part of a mature fund have also been a big factor for its continued aversion to any currency hedging. “We needed to put up cash for currency hedges every month and we don’t have much access to that,” Dooren emphasises. Much of the fund’s US-dollar exposure comes in the (relatively illiquid) private equity portfolio after all.

“We decided also not to hedge our equity exposure any longer with put-options as it looked too costly in the long term,” adds Dooren. This decision was made following a 2012 asset-liability management study.  A 20 per cent equity allocation also meant equity hedging had only limited potential to benefit the overall funding ratio, he explains.

However, one significant increase in hedging levels was made at the time: a boost in interest rate hedging from 75 per cent to 100 per cent on a nominal basis.

The fund comfortably outperformed its benchmark in 2012, generating 9 per cent returns against a benchmark of 7.9 per cent.

The equity allocation had an important part to play in the fund’s recent investing success, as it also ran ahead of its benchmark in 2012 and 2013.

Dooren attributes strong equity returns to the fund’s faith in active managers paying off, as it does not make any tactical calls on the asset class. “We believe strongly in the value of active management and also in building a portfolio of bottom-up managers with different style and factor exposures,” says Dooren.

A 10 per cent alternatives allocation at the Nedlloyd fund is composed mainly of private equity investments. Alternative assets are currently taking up significantly more than their strategic allocation of 4.5 per cent, but Dooren says their weighting is due to decline in the future. “We are harvesting our private equity investments now and there is a lot of liquidity coming out of them,” explains Dooren.

Keeping liquidity high is a reason for gently reducing the alternatives allocation, although Dooren stresses this is not a major issue for the private equity holdings.

The upcoming sale of the Nedlloyd fund’s hedge fund investments will enhance the reduction in alternatives, just as it ends a long but somewhat turbulent relationship with the asset class. A performance blow came back in 2009 when one of the fund of funds invested in at the time turned out to have a stake in one of Bernard Madoff’s fraudulent funds. “Hedge funds are a complex, expensive strategy and there is a reputation risk to pension funds, which is why we decided to sell,” says Dooren. He adds though that the small amount invested in hedge funds has not had a significant impact on the total portfolio.

Real estate holdings are also due to be scaled back due to help future liquidity needs, with the fund sitting on a historic 15 per cent allocation.

Overall investment returns in 2013 are down to minus 0.45 per cent for the first six months, due largely to losses on the fund’s matching portfolio. Dooren and the Nedlloyd fund therefore continue to face a challenge in ensuring the strategy keeps the promised benefits flowing. A few fingers will no doubt also remain crossed at the fund’s riverside office, situated a stone’s throw from the Port of Rotterdam, that interest rates eventually rise to bring a more favorable tide when it comes to funding the remaining obligations.