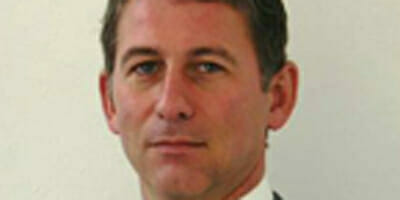 Antony Barker has only been director of pensions at the £8-billion ($12.2-billion) Santander Pension Fund, a defined benefit scheme for employees of the UK arm of the Spanish-owned bank, since August last year. Charged with rejuvenating the pension scheme, a worrying source of risk blighting the fortunes of the bank and a thorn in the side of a planned 2014 listing on the London Stock Exchange, Barker, a seasoned pensions professional, has all the support and resources of one of the eurozone’s biggest banking groups. It’s enabled him to shape an innovative strategy to boost returns and hedge the portfolio that is starting to reap real rewards.

The Santander Pension Fund is an amalgamation of seven different schemes gathered through the course of the bank’s UK acquisition trail, including the former pension schemes of UK building societies Abbey National, Bradford and Bingley, and Alliance and Leicester. These schemes, all bringing different strategies and maturities, were amalgamated into one Trust last year. Labouring under a $6-billion deficit on a buyout basis and with only 5000 of its combined 65,000 members active, strategy is now wholly focused on hedging the entire portfolio and steering the scheme to solvency within the next 10 years. Assets are split between fixed income (50 per cent) equities (25 per cent) and illiquid assets (25 per cent), with the scheme targeting returns of just under 6 per cent. It returned 10.7 per cent last year, buoyed both by its large index-linked gilts portfolio along with good returns from alternatives and real estate. “The outperformance is welcome, but we are acutely aware that it is performance relative to the liabilities that is all that matters,” counters Barker.

A proactive strategy means that allocations have been overhauled or de-risked, with derivatives often replacing the holding of physical assets. In the equity allocation, an equity collar put in place in 2011 (but now taken off since equities corrected down) protected against market falls throughout 2012. The strategy, which gives downside protection in return for relinquishing some upside in equity returns, generated profits of up to $213 million. Now, in a new tack, the fund is looking at developing a synthetic equity allocation through holding multi-term, multi-strike, multi-market call options. Replicating the underlying equity market performance without actually having a physical equity position is an effective way to manage tail risk and frees up assets for a common collateral pool for liability hedging, argues Barker.

In another example, Santander reworked its inflation-hedging strategy in anticipation of a change in the United Kingdom’s inflation policy at the beginning of 2013. Government reform threatened profound implications for UK schemes such as Santander with large gilt exposures where interest and capital payments are linked to the Retail Prices Index (RPI). Santander took profits on its inflation-linked gilts allocation and structured an inflation-swap contract whereby a series of cash flows linked to RPI were exchanged for a series of fixed cash flows linked to short-term interest rates. In the event the government decided not to change RPI as a measure of inflation, but the strategy paid off given how pricing had reduced in the uncertain months prior to the decision. “We sold down our pool of linkers but increased our synthetic inflation exposure via swaps just before the CPAC announcement,” says Barker referring to the ‘no change’ announcement by the Consumer Prices Advisory Committee. “Inflation was as cheap as it was in 2004 at the time, so we decided to swap out on a derivative basis.”

Elsewhere the scheme has built a diversified fixed income exposure that ranges from government debt to global credit and higher yielding private debt and insurance-linked securities. Within the mix, the scheme also holds inflation exposure through assets like property leases and is looking to source privately placed primary issuance of corporate debt securities by utilities and supermarkets.

Illiquid allocations account for 25 per cent of the portfolio and investment is aggressively opportunistic. The fund seized on the sought-after commercial property portfolio of Royal Mail Pension Fund, sold off by the government earlier in the year in its bid to prepare Royal Mail for privatisation. Rich pickings in property assets with a return profile that will help meet the scheme’s liabilities included Cambridge Science Park and regional shopping centres. Santander eschews prime real estate to avoid competing with foreign buyers, particularly Canadians “who know the market well”, instead finding opportunities in off-prime areas in London and outside the capital in the next best cities.

He believes UK social infrastructure is still expensive and is unimpressed with the slow progress of the Pension Infrastructure Platform, (PIP), designed to spur pension fund investment in infrastructure. “We will probably invest in the PIP when they get anywhere near making an investment, but given our funding deficit and the opportunities we see, we need to get our money invested now,” he says. In fact, Santander is increasingly looking at global and esoteric infrastructure such as shipping and agriculture in assets that Barker picks according to three primary risks: economy, duration and volatility. “We only see these risks – we are agnostic as to where we get our exposure.” He says that the fund increasingly blurs the line between its infrastructure and private equity pool looking, in both cases, for secondary investments buying from “keen sellers” or “people who need cash now” to move more quickly up the J curve. The fund accesses emerging markets through debt and private equity rather than quoted equity, he adds.

Of all the illiquid allocations, hedge funds have proved the most troublesome. Returns haven’t been any higher than quoted equity and Barker, who says he has grown “cynical about hedge funds”, is selling down Santander’s multi-strategy. Instead he plans to buy stakes in hedge fund managers and invest in synthetic replications of hedge fund strategies, which he believes are both more effective and cheaper.

The risk the pension fund poses to the bank’s fortunes has spurred an unusually proactive approach. The scheme can use the bank’s financial expertise to both improve returns (particularly using Santander Asset Managers real-estate expertise) and reduce risk. “We have gone beyond the conventional and built out our own model,” says Barker describing a process that combines the traditional asset and liability projections used by most pension schemes, with the associated accounting and capital impacts for the bank. It has allowed the production of “real time” management information on the true level of the risk the scheme represents to the bank’s profitability and balance sheet. The fund doesn’t use any consultants and runs about 60 separate mandates.

Barker doesn’t expect volatility to ease just yet. “The market doesn’t behave as expected so everything, even the good news, is often construed as bad. The volatility in the UK equity market nowadays is such it can move 2 per cent in an afternoon. What used to be the definition of an emerging market is now a feature of the FTSE.” He believes most schemes still miss out on opportunities because they hold more liquidity than they need. “During the financial crisis, banks were crying out for liquidity but pension funds held onto their cash – they missed a trick.” Nor is he relying on any rise in interest rates to help with Santander’s liabilities. “The reality is interest rates will stay low for longer and the current market conditions will persist. We haven’t factored in the hope that rising interest rates will help reduce the cost of our liabilities, but as and when they do, we will look to increase our hedging ratios,” he says. For now he is using other tools to navigate the fund out of deficit and hedge the portfolio. “The pension is the biggest single non-core source of risk to the bank’s future profitability and capital,” he says.