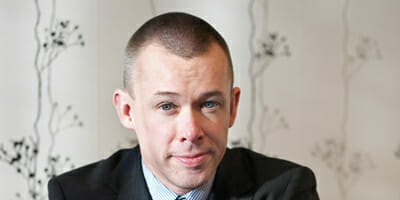 A solvency ratio of 157 per cent is a clear mark of success for a pension fund at a time when so many are battling deficits. Remarkably, Sweden’s SEK90-billion ($14 billion) KPA Pension has gained this funding cushion without fully embracing the range of new asset classes or strategies often touted as the solution to funds’ problems.

KPA’s asset mix has a distinctly traditional look – 95 per cent is in bonds and equities – but much of its success can be attributed to picking the right extra investment devices at the right time.

Chief investment officer of KPA Michael Kjeller explains that gaining “very strong” interest rate protection via swaps in the build up to the financial crisis allowed the fund to thrive in 2008 and 2009 when others had their fingers burnt – the fund returned 6.3 per cent in 2008 and 11.9 per cent in 2009. A decade ago KPA could only count on a slight surplus so Kjeller is in no doubt of the “tremendous change” that this policy helped deliver.

A cautious approach after taking out the interest rate protection in 2005 helped KPA as it held the swaps through a couple of years of suffering. “You never know when the fire will start so we wanted to keep our insurance with interest rate swaps,” says Kjeller. When the flames of the financial crisis were subsequently lit, KPA then found its protection was in huge demand – it was therefore able to sell the interest rate swaps to others at much higher prices.

“Whether through luck or skill we did the right thing when there was most turbulence, and were then able to build on that position,” Kjeller says. With its solvency boosted, KPA started to delve into equity markets in March 2009. “From what we know today,” Kjeller chuckles, “early 2009 was a good starting point in investing in equities.” Stockholm’s OMX 30 index has doubled since then.

The current focal point for KPA is its use of overlays. Indeed, it is the main job at its central Stockholm headquarters as equities and fixed income assets are all managed externally. “We try to tailor the risk profile in equities, fixed income and foreign currency with futures and options,” Kjeller explains. Constructing overlays is not the easiest investment job, but KPA can count on plenty of experience in running the strategies and Kjeller is delighted with the results. “Overlays have helped us handle both positive and negative tail events rather efficiently,” he says.

The fund’s current asset mix sees fixed income take a 60-per-cent share, equities 35 per cent and the remaining 5 per cent is invested in a real estate-dominant alternative segment. Kjeller baulks at suggestions that this is a conservative approach, with the risk premium from equities having carried performance in the recent past. As stock indices have climbed, Kjeller says KPA is now more neutral on the asset class though. Approximately half of its equities are Swedish, with a “small chunk” of emerging market exposure in the international equity portfolio. As it focuses its internal efforts on overlay activities, Kjeller tries to “keep things simple” by gaining purely large-cap exposure in domestic equities.

Fixed income has played its part in KPA’s current health, with its relatively long-duration investments helping the fund to a decent 5.6-per-cent return in 2011. It is proving a little problematic these days: “Like any other pension fund the low yield on high-quality bonds is an issue for us,” Kjeller admits.

KPA invests predominantly in Swedish government bonds and covered bonds – 10-year Swedish government bonds have yields below the 2-per-cent mark. The fund has been unable to do much about the situation, Kjeller confesses. “We don’t want to take on new risk that we don’t fully understand.” This conservative view has led KPA to steer clear of high yield or senior debt investments as possible solutions.

Conservatism, the desire for simplicity and the presence of the overlay strategy have all kept KPA away from embracing alternatives. “Overlays allow us to benefit from the market conditions in which alternative investments thrive, so our demand for them has decreased,” Kjeller explains.

The age of the fund has also played a part in the fund’s slow adoption of alternatives, says Kjeller. He says real estate was too much of a risk for the younger, smaller KPA – the fund was less than 5 per cent of its current size at the time it became the default fund for Swedish local authority workers in 2001. “In a mature pension fund, we feel real estate should account for between 5 to 10 per cent of assets”, says Kjeller, thereby indicating that its real estate holdings should grow further. KPA mainly invests directly in real estate, as it prefers the risk-return profile of that approach, he adds. A 1-per-cent exposure to private equity and renewable energy in its small existing alternative portfolio is “doing fine”, Kjeller states.

Having followed a sustainable policy since 1998, KPA has a strong record in sustainable investing. It blacklists alcohol companies in addition to arms, tobacco and gambling firms. Its activities in the sustainable space have incorporated Sweden’s tradition in gender equality, with KPA campaigning in support of a United Nations project that supports young women and opposes child marriage. Added to its strong solvency and investment record, it is clearly setting an ideal for other funds to emulate in many ways.