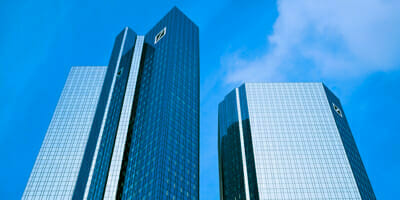 You would expect one of the biggest names in global finance to have a sophisticated pension fund, and on that measure the €7-billion ($9.2-billion) contractual trust arrangement (CTA) for Deutsche Bank’s German employees does not disappoint in the slightest. It has carefully engineered a diversified bond-led liability-driven investment (LDI) strategy that is supported by a vast overlay portfolio.

Having a managing director of a firm that has a massive $1.22 trillion under management at the helm has to be a distinct advantage too. Georg Schuh, managing director of Deutsche Asset and Wealth Management and chief investment officer of the CTA, says that since his first involvement with the fund in 2002, “We have seen a continuous transformation from an absolute return to LDI strategy”. The fund currently has an 85-per-cent fixed income weighting, some 10 per cent in equities and alternatives and a 5-per-cent cash pile. Schuh explains the bond dominance by pointing out that in a pure implementation of LDI, “You theoretically only need bonds and some inflation hedging”.

Schuh characterises the CTA’s fixed income portfolio of consisting of “a broad range of spread products”. The focal point is long-duration European investment grade bonds, but the fund has recently looked away from its home continent to make US investment-grade credit close to 11 per cent of the fund – in addition to also taking a small 2.8-per-cent position on US high yield.

Fascinatingly, the fund has a lower allocation to developed world sovereign debt – 6.3 per cent – than it has to emerging market sovereigns at 10 per cent. This marks a distinct transformation from a position several years ago of European sovereign debt being the dominant asset in the fund. Schuh explains that using a unique new benchmark has facilitated this radical change – the fund now measures its investments against a benchmark that incorporates its own inflation measure (a deduction of the break-even rate from inflation swaps), AA long-duration corporate bonds and 13-year-modified interest rates.

In explaining the fund’s enthusiasm for emerging market, Schuh (pictured right) says “all spread products are in demand due to the environment of quantitative easing and the hunt for yield, but we think the situation is a little more stretched in the high yield and corporate credit space than emerging markets”. Because of its more attractive liquidity, Latin America is the most significant destination for the Deutsche Bank fund’s emerging market debt investments, followed by Eastern Europe.

The fund has exposure to emerging markets in its smaller equity holdings despite not having a strategic emerging equity allocation. It instead aims to access emerging markets across its three “very actively managed” equity mandates, with Asian, German and European small- and mid-cap focuses. “We prefer an Asian mandate to a pure emerging market focus, partially because we are more cautious on Latin American emerging market equities,” Schuh says.

With Frankfurt’s DAX index reaching an all-time record high on the day Schuh spoke, he says he is “generally positive” on equities within the tight constraints of the fund’s risk budget – which allows a maximum of 15 per cent to be invested in equities and alternatives.

Schuh says he is confident the equity rally can continue until Germany’s federal election this September. He grounds that view on the belief that “the tail risk of the eurozone crisis is not imminent in the coming months, while the increased quantitative easing and recent ECB rate cut all support the idea of liquidity driving risky assets.”

Which begs the question, can an LDI-focused strategy thrive in a low interest rate era?

“For the next quarter I would say yes, and until the middle or end of 2014 we do not see an exit strategy being implement by central banks. With the strategic long-term horizon of a pension investor, I think the time will come in the next few years though to radically rethink the concept of liability matching,” Schuh says.

“We are lucky that the central banks are giving us some certainty for a while, but perhaps the first exit of this QE strategy could be in the US and then things could get ugly,” Schuh argues. Schuh confides that should a sudden spike of yields become a major risk, he would consider asking the fund’s sponsor to increase the risk budget.

The fund has 2.7 per cent invested across an alternatives portfolio consisting of real estate, commodities and hedge fund investments. Alternative investments have been hard to justify, says Schuh, due to their low correlation with the CTA’s unique benchmark. While the fund is looking to increase its real estate holdings, he says “you have to be very picky” in European markets, adding that “my 20 years’ experience has taught me that it is very tough with commodities to earn money in an absolute way, or fulfill the kind of diversification or LDI that we aim for”.

Alternatives is the only area where the Deutsche Bank CTA uses an external manager, with the rest of the fund tapping the expertise of Deutsche Bank’s own legion of asset managers. The entire fund is invested actively.

The fund completes its strong LDI approach with equity hedging, a tactical asset allocation overlay and a desire to get foreign currency risk “as close to zero as possible”. Separate overlays covering CDS, inflation and inflation-linkage currently total around $13.2 billion.

With the CTA not being a catchall pension fund for Deutsche Bank’s pension liabilities, it has no direct funding ratio. The CTA is investing currently to a discount rate of around 3.5 per cent, revised on a monthly basis. Schuh says Deutsche Bank Group’s total global pension liabilities of $19.3 billion are 98-per-cent funded, indicating that its intricate LDI approach is doing the job for now. He is confident that the fund can continue to benefit twice from the full range of financial skill at Deutsche Bank – by a sophisticated investment approach that keeps the fund healthily in line with liabilities and by the added support of a successful sponsor.